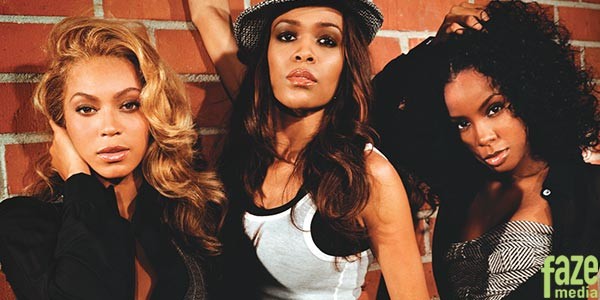 Once upon a time in Houston, Texas, there was a little girl who dreamed of being a star. Her father looked in the Bible’s Book of Isaiah and found the perfect name for a future superstar group.

Matthew Knowles formed Destiny’s Child in 1990 when nine-year-olds Beyoncé Knowles and LaTavia Roberson met at an audition. When the group was first formed, Destiny’s Child consisted of a singing and rapping act. Two years later, Kelly Rowland joined and LeToya Luckett followed the next year. 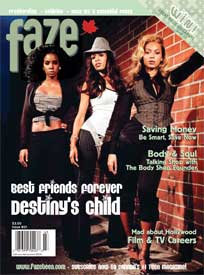 Destiny’s Child spent the next couple of years performing in clubs and rehearsing for long hours—at times in high heels—in the Knowles’ family basement. After all their hard work, the girls were finally recognized as an emerging musical sensation when they opened concerts for the likes of Dru Hill and Immature. Then in 1997, their lives changed dramatically as Destiny’s Child landed a recording deal with Columbia Records. They entered the music business with “Killing Time,” a song from the Men in Black soundtrack, but they really turned heads when Wyclef Jean produced their hit single “No No No.”

Soon after releasing their self-titled debut album, Destiny’s Child went back into the studio with Kevin “Shek’spere” Briggs. They released their hugely successful The Writing’s on the Wall in 1999, which sold over 8 million copies. “Bills, Bills, Bills” was the first song to hit the airwaves, followed by “Bugaboo,” their biggest hit of all time. Then “Say My Name” sent Destiny’s Child into mainstream success. It was a year the ladies would never forget, as their careers and personal lives took a dramatic turn.

As the group moved onto superstardom, Beyoncé and Kelly found their decade-long friendship with LeToya and LaTavia crumbling. The former members charged that their manager Matthew (Beyoncé’s Dad) was withholding profits from them and showing favoritism towards Beyoncé and his niece, Kelly. So, LeToya and LaTavia started looking around for a new manager to replace Matthew, only to discover themselves replaced with Michelle Williams and Farrah Franklin in the “Say My Name” video.

Both ladies filed a lawsuit against Matthew, Beyoncé, and Kelly for breach of partnership in 2000. Instead of keeping their comments in the courtroom, what ensued was a battle in the press as both sides dissed each other whenever a microphone was available. 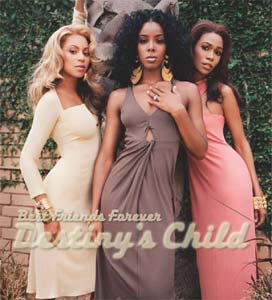 Eventually LeToya and LaTavia agreed to a settlement with Beyoncé and Kelly. There was also an agreement to no longer discuss the situation in the press. After leaving Destiny’s Child, the former band mates formed a duo together called Angel, failed, and faded into obscurity, while Destiny’s Child went on to fame, fortune, and Grammy nominations.

Beyoncé remembers, “The Grammy was our most memorable moment. It was the year we had seven number one singles in a row. We performed for the first time at the Grammy awards and we were terrified. Madonna was sitting in the front row and we had to walk down these stairs in stilettos and we were like, ‘Oh God, I hope we don’t fall, I hope we sing the right notes!’ We were so nervous. We all just looked at each other, held hands, took a deep breath in, exhaled, and prayed, right there on the stage 30 seconds before the song started and we killed the performance. And right after we won best group. It was the most amazing moment.”

In spite of their success, the problems still kept coming. The newest member Farrah was dropped from the group five months after joining as a result of missed performances and interviews. At the height of their success, many questioned whether Destiny’s Child would survive.

With their song “Survivor,” Destiny’s Child proved they were here to stay. And with the popularity of songs like “Bootylicious,” the word and the group’s phenomena entered everyday vocabulary. Soon after, solo careers followed in 2002 and fans watched as each member experienced success. Beyoncé blew up with a hit album winning her five Grammy awards, sang at the Oscars, and acted in movies with funny man Mike Myers. Kelly and Nelly’s duet hit the charts and Michelle dominated the gospel circuit. Yet, to reunite the group and record their latest album, Michelle, Beyoncé, and Kelly put their upcoming projects on hold. For them, the group and their friendship came first. 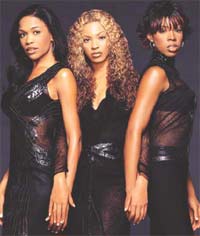 Their time apart helped these ladies mature and truly appreciate each other’s company. Everyone’s voice is equally heard on their last album—Beyoncé did some of the vocal production and some songwriting—but the songs show the group has reached a different point in their lives. And so in 2004, Destiny’s Child decided their Destiny had been fulfilled, but the idea of a permanent breakup still shocked fans when it was officially announced.

With the end of their last tour as a group, the ladies found themselves without each other again. But they were aware of how hard it was going to be. Beyoncé said, “I think the hardest thing (will be) being alone. When you’re on tour, you’re in the hotel rooms, and you’re tired, you’re exhausted, or you’re lonely, you can’t just call the room next door and say, girl what you doing, what you watching? Can I come over there?”

Despite their 2004 breakup, Destiny’s Child has created a legacy and will be remembered alongside groups like The Supremes and TLC. Destiny’s Child released five albums in six years, sold over 40 million copies, and created a lasting friendship through all the drama.

Even though they will never be a trio again, their music will never be forgotten. Michelle says, “We would like to be remembered as true friends. This is a group we love. And we love what we do and love doing that with each other. We’d like to be remembered for trying to empower other women, and for great music. Destiny’s Child was founded on family, loyalty, and sisterhood and we love music, and we just want to share our gifts and our blessings with the world.” 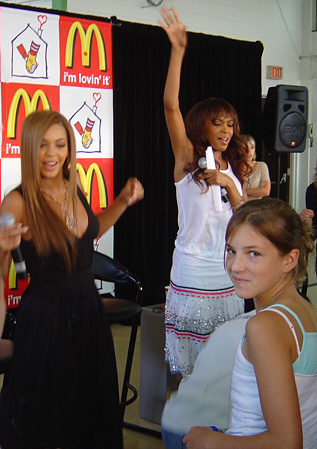 Yes, Beyonce was dancing with me at this Toronto event!

Did This Year's Oscars Get It Right?

14 Reasons Why I Love You