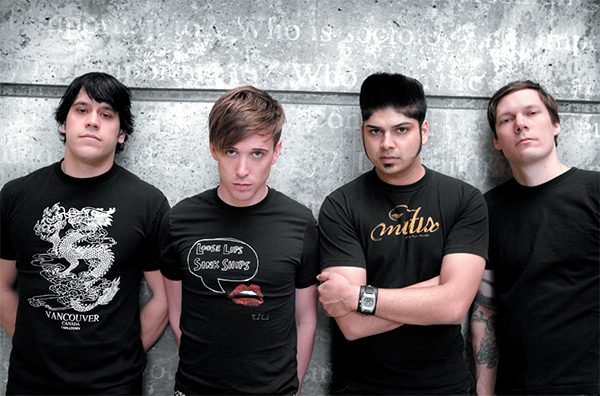 BILLY TALENT has just released their third album, Billy Talent III, which takes the mature sound of their second album and redefines it.

Jon Gallant, bassist for Billy Talent, believes “there’s a way to convey that emotion without screaming.”

But all diehard BT fans, don’t stress—it still has that same edge we have come to know and love, which mimics early 90s bands, such as SoundGarden and Jane’s Addiction. And, the energy in BT’s live show won’t change, which you can see for yourself as they start touring, making a stop at Edgefest along the way.

They admit that the best part of touring is meeting people from around the world and experiencing different cultures. Love it!

Here’s the first single from Billy Talent III, Turn Your Back