Blue October is using their newfound success to touch on ultra-personal issues with the backing of heavily diversified rock n’ roll musicianship. 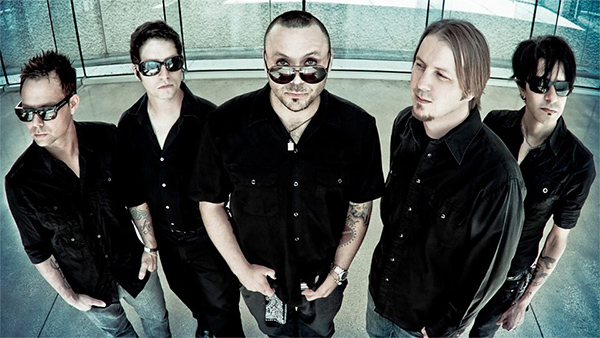 It has taken a generous amount of time for brooding Texas rockers Blue October to gain the respect of the listening public. Formed in 1996, the quintet is now enjoying a form of success that up until now has been out of the band’s reach. “We’ve been in the van for about seven years touring, and there’ve been times where we were like, ‘are we going to do this forever?’” reflects Justin Furstenfeld. “Now that we have success, it’s really a blessing—I’m glad we held out for this long.”

Their chart-topping single “Hate Me”, which features themes of lost love, suicide, conquering addictions, and potential for redemption, has a relatable nature that has given the band the opportunity to bring new listeners into the fold, leaving the very private vocalist’s thoughts under a much larger microscope. “I’m at a different point in my life and it’s a lot bigger than it’s ever been,” says Furstenfeld. “I don’t want to lead people the wrong way—I have to be very careful of what I say. I just try to speak from my heart as much as I can.”