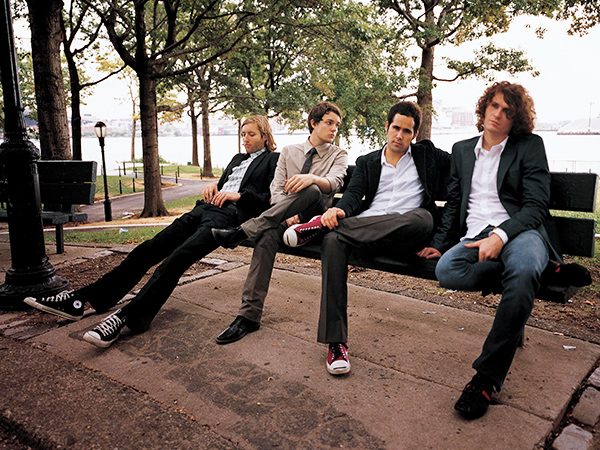 “Everything’s Las Vegas,” says the ever cool, ever suave Brandon Flowers, repeating the catchphrase and philosophy behind the Killers’sprint up the charts. There have been bright lights. There have been gaggles of screaming girls hurling their unmentionables in his general direction, and still he doesn’t wilt.

Not too long ago, Brandon was but a lowly bellhop. Nowadays, he’s a bit removed from that life. The always dapper front man, who, from one night to the next, goes from pink jackets, denim and bed head to a Charlie Chaplin look-alike, insists he’s above it all. “That’s part of rock. I’m immune to it now,” says Brandon. Is it nonchalance? Patented rocker blasé? Whatever the case, Brandon says his mind is in the music. 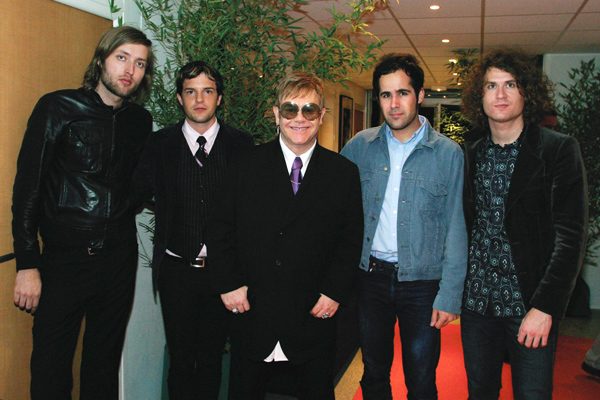 The Killers in Las Vegas with a big fan, Elton John

“We’ve been around the world. So much has happened.”

Given the response so far, it might be best to keep that formula intact. Drawing on influences like Morrissey, Bowie, and Lennon, the Killers’ mix is attracting quite an audience. Boasting the hit tracks “Somebody Told Me” and “Mr. Brightside,” Hot Fuss, their debut album, has sold more than three million copies so far. And my, but they’re keeping hip company. The new wavers are slotted to appear 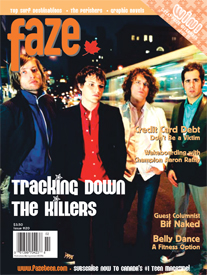 with the likes of U2, the Pixies, and the White Stripes. In addition, the band recently turned down a chance to headline the prestigious Glastonbury Festival in the United Kingdom, hinting they’d prefer to be more established in that country before considering themselves deserving of the headliner spot.

“We’ve lived some experiences and we’ve been around the world. So much has happened,” says Brandon. “It’s important to keep your feet on the ground.”

It needs to be said that the lyricist’s songs are hardly aloof. While many songsters might limit themselves to love and anti-love ballads, Brandon expands the range with whopping, energetic tunes about fear, jealousy, paranoia and ambiguous girlfriends.

“Brandon writes all the lyrics. I think he writes about very real and vulnerable issues, and when people listen to the lyrics, they can relate to them because he’s putting himself out there,” explains bed-head drummer Ronnie Vannucci, peering out from behind his Donna Karans, while worshipping the afternoon sun. There are still a few hours before the Killers hit the stage of Toronto’s Molson Amphitheatre. Ronnie, guitarist David Keuning and bassist Mark Stoermer are debating lunch menu offerings. Brandon is running about, but ducks in to remind everyone of sound check time. Already, the fans are gathering for the evening show.

“I get paranoid when my girlfriend is out and about. I get crazy and I admit it”

“He’s kind of naked out there. Not to say Brandon, my friend, is actually writing biographical stuff or vulnerable all the time, but there’s a bright side because it comes from the heart and people can understand,” explains Ronnie. He says people connect with that honesty. “People think ‘Hey, I am a jealous guy too. I get paranoid when my girlfriend is out and about. I get crazy and I admit it,’ and people can understand that.”

At this point, the Killers have but a single album under their belt and have yet to establish the historic presence of a band like U2. But they deliver onstage, jamming as many as 13 songs into one set.

“I think, at this stage in the game, we are not a band that are verbose or costume-friendly, but I understand it’s important to look nice on stage. And if we get time, there’s another jacket backstage or a shirt drying close at hand. We’ll probably take that shirt if there’s time, but that’s not the first thing on our minds,” says Ronnie while trying to keep a straight face. Like Brandon, he says the music and the show are the priority. “We keep it tight because there’s not a lot to be said at the moment except we appreciate people coming to the shows and we want to make sure everyone’s having a good time.”

Like Brandon’s jump from bellhop to fame, Ronnie has seen a fair bit of change in his own life. Before his tour of duty with the Killers, he was a photographer at the Little Chapel of Flowers and a serious student of classical percussion, working towards a master’s degree. Were it not for the Killers, he speculates he might have become a music teacher.

“There came a point in young Ronald’s life where he felt like he was stagnant and wanted to do more with music than just rock ‘n’ roll. In 1998 I saw a Tom Waits concert. It made me want to play the marimba,” says Ronnie. “The more I looked into it, the more I realized I leaned towards classical music. The guy who was running the music department at UNLV (University of Nevada, Las Vegas) was one of the best marimba players in the world. So I enrolled and auditioned and practiced every day and got good and squeezed out a music career.” Now that their bellhop and photographer days are behind them, Ronnie says there are new challenges. For one, the band members have learned how to coexist and how to deal with any potential conflict. 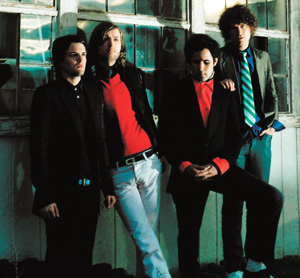 “It’s about the brotherhood”

“If you’re not selfless already, you learn how to be. You learn how to respect everyone’s space,” he says. “I think it’s a huge amount of give and take and a huge amount of respect because you’re essentially up everybody’s butt 24 hours a day. You need to learn how to be together.” He says the trick is to use good old rational thought. “I think we try and go through things as sensibly as possible. Anything that doesn’t make sense, we look at and look at again, and try and rationalize it till it makes sense.” But maybe there’s more? Something more clandestine? Ronnie hints at a “brotherhood.” “There is a secret code to the brotherhood. It’s a good existence. We’re all four different people. Together I think we make the perfect man,” jokes Ronnie. “I think especially with me in the band! I think it fits musically, it fits personality-wise, and that’s how we keep it together. It’s like family. It’s about the brotherhood. It sounds cheesy, but it is about the brotherhood.” 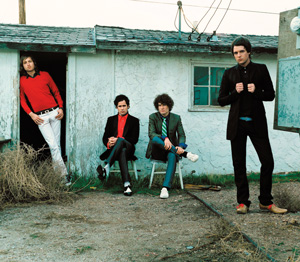 BONUS Q&A with The Killers

Faze: Did an earthquake really propel Ronnie from his seat while recording “Believe Me Natalie”?

Ronnie: It threw me on my ass…We tried out a few songs in the studio and one of the songs was, “Believe me Natalie.” And we did two tries on that song and the second try, which is the one we ended up keeping, there was an earthquake while we were recording. There was a guy filming it. It was just kinda like…(shakes my chair slightly, to my surprise). It was like that. Of course, it didn’t throw me from my stool, but if you listen closely, you can hear the rumble.

Faze: You guys kept the rumble?

Ronnie: Ya. We kept the rumble in the video and in the recording of the song.

(Disclaimer from Ronnie: “Not only am I giving them props because they’re friends of ours, but they’re genuinely good bands.”)

Hot Hot Heat: “Elevator”
“Those guys are great,” says Ronnie. “We did a coupla shows with them, and they turned out to be good friends pretty quick. And they’re Canadian!”

Enjoy your youth and educate yourselves. Don’t take your existence at this point too seriously ‘coz when you hit 18 or get out of college, that’s when the real work begins. You think it’s hard now? You better climb up and get it together, sister! 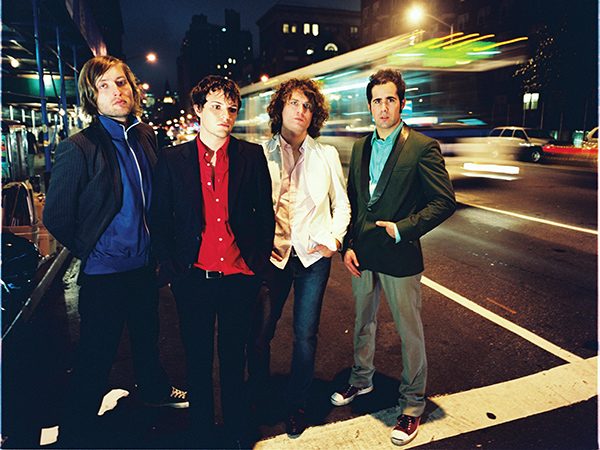