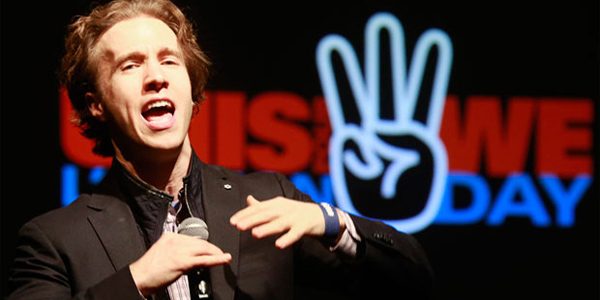 We all have a need to be part of something great.

There are times in our lives—everyone’s lives—when we feel powerless. Like no matter what our good intentions may be, we are just too small to make a difference, realize the dream, climb the mountain alone. When our passion is dimmed by the harsh reality of the world, should we give up the fight and go back to the grind of the everyday?

We Day, an event from Free The Children, is just such a reminder of how powerful this generation can be as a single force to change lives—to change everything! Students gather at 3 separate locations, on 3 separate days (Vancouver-Sept. 29th; Toronto-Oct. 5th; Hamilton-Nov. 5th) to experience inspirational speakers (such as Mia Farrow, Robert Kennedy Jr. and His Holiness the Dali Lama) from the world of activism and entertainment, and celebrate the power of their generation to change the world.

As they kick off another year in their initiative, Free the Children will take the energy and enthusiasm from the We Days and channel it into the campaigns of 2009-2010; by raising awareness and financial support they will be building schools, providing clean drinking water and helping to create new ways of life for some of the most impoverished individuals in the world today.

Faze chatted with Craig Kielburger, Free The Children co-founder (along with his brother, erstwhile Faze columnist Marc Kielburger), about his original vision for the organization, thoughts on the upcoming event and where they are headed for the future. 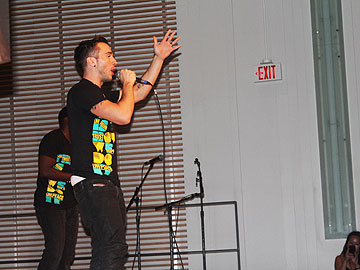 FAZE: When did you first know that you wanted to create Free The Children?
CRAIG: I remember when I was 12 and I was standing in front of my grade seven class, being so incredibly nervous. I was holding this article about child labour, physically shaking while I was speaking and asking the question: who will join me? Most students out there are aware and they’re passionate, they see things, whether it be on the internet, or on the news, or even homeless-ness on the streets; they know that exists and they want to help, but the question is how? Where do you begin? I’m one person, can I really make a difference? And in response to that question we wanted to put on this giant celebration.

Faze: How did the original We Day come about?
CRAIG: Well, there are a couple of things that helped inspire it. One of the things is we originally wrote a book, my brother and I, called Me to We. It became a New York Times’ best seller and suddenly individuals were reading it and getting inspired and taking action themselves. And this idea was planted of, well, what if we could bring these people together to share what they’re doing, to have an opportunity to throw a celebration? And not just a rock concert, not just all these stereotypical images of young people, but just a celebration that would rock the house for good. And what would that actually look like? Because nothing like that really happened, like on a massive scale. And so our first year of course, we took over the Ricoh Centre and packed it out with about 6,000 students, which for us at the time was huge. This year we’re doing 32,000 just in Toronto and Vancouver.

Faze: What was the greatest moment from We Day last year?
CRAIG:I gotta say one of the moments was Sarah McLaughlin singing “World On Fire” in front and everyone pulling out their cell phones and like waving them like lighters at a concert. The entire building it just went hush; you could hear a pin drop; 6000 people listening…that was a moment!

Faze: What are you looking forward to this year?
CRAIG:I don’t know what the moment is going to be this year, maybe it’s the Dalai Lama walking out on stage, you know, maybe it’s Robert Kennedy Jr. challenging the students to stand up for the environment. I don’t know what it is, but there’s always a moment where you kind of just close your eyes and you are lost, completely lost in that moment. So that’s what I’m looking forward to.

Faze: What is in store for the future of Free The Children?
CRAIG: Our dream is to see a volunteer or social justice club in every school across Canada, lead by a student [who is] working to better their communities and their world. Will we get there in five years? I actually think it is possible, I think it really is possible.

Jessi Cruikshank, MTV host, one-time Faze columnist, and Free The Children activist, was also on hand to answer a couple of questions about the upcoming We Days. 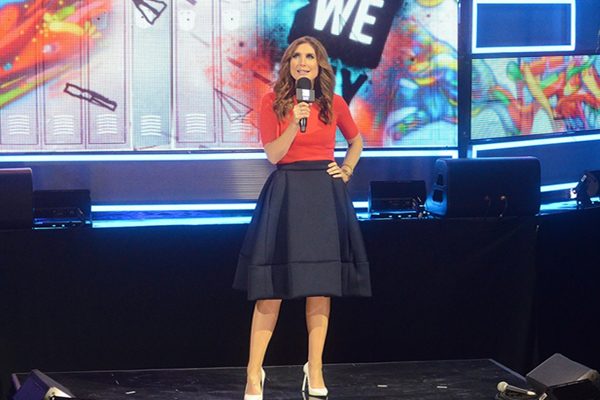 Faze: When did you begin your involvement with Free The Children?
JESSI: I joined Free the Children when I was 12 years old and Craig was also 12. And I heard about this cute boy who was doing amazing things to stop child labour and it was the first time I realized that even as a kid I had this power to make a difference in the world.

Faze: What was your first We Day experience like?
JESSI: Two years ago I spoke at what was then called, Me to We Day in Toronto. And I mean that is a public speaking experience that I did not ever think I would have: walking out in front of 8,000 screaming, tearing, dancing, clapping motivated young people was one of the most exciting and invigorating (but intimidating) things I’ve ever done in my life.

Faze: What part of this year’s events are you most looking forward to?
JESSI:: Kids come to me and they tell me that they’re putting on dances or bake sells or fashion shows—stuff that’s fun. So, I think that they make the notion of change and making a difference, that can sometimes sound so cliché or cheesy, they make it attainable and fun.

Make a difference. Realize the dream. Climb the mountain. But do it together!

WE DAY, CHECK IT OUT!