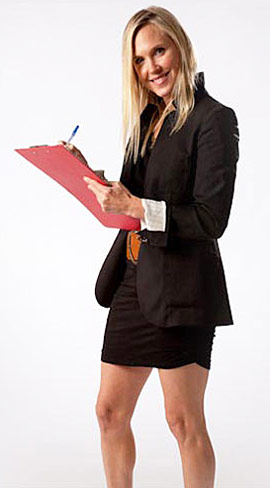 Michelle Planche has been living a fast-paced work schedule since her teens, and insists she wouldn’t have it any other way. As president of her event planning firm, Paradigm Events, Michelle also maintains other responsibilities, ensuring that her plate always stays full.

“When I was in high school, I organized several different fashion shows, so I knew right then and there that I wanted to do something in event planning,” Michelle says. “But the best tool for me in high school in developing my skills and figuring out what I was good at was consistently putting myself in situations that were perhaps outside my comfort zone. I went to three different high schools and created a fashion show at each of them, so I was working with new people and new students.”

Fearless in her approach, Michelle took the same attitude to Bishop’s University in Quebec, where she was able to organi ze a fashion show there as well, along with whatever else she could get her hands on. “In university, I got involved in other events at school, like a winter carnival and my own talk show, and anything else that I could do while I was there, so that kind of opened up my world above and beyond fashion shows,” she recalls. “And in the summers, instead of getting a regular job, I would do freelance work, like organizing fashion shows and product knowledge shows for companies like Levi’s and The Bay.”

Michelle was so committed to her dream that she fast-tracked by finishing her four-year university program in just three years. Not to mention that she turned her back on collecting a regular pay-cheque working a conventional job, instead throwing all her resources into freelancing, which meant that she would have to live a more low-key lifestyle. After graduating with a BA in Sociology, Michelle needed work, and decided to create a full-fledged event to showcase her skills and build a larger network of contacts in Toronto. And with that, Art of Fashion was born, “The first year I held Art of Fashion, it was a big success,” she says. “It sold out, there was a line-up at the door, and my first client approached me that night, so the entire purpose of creating the event succeeded.”

“If I could do it over again, I would probably spend a few years and make some mistakes under someone else’s business, and watch what they do and how they run things,” she says. “As long as you learn from the mistakes that you make and take the lessons given to you, then it’s worth it. I’ve been through some trying times and trying clients, and they’ve both made me realize what I want and don’t want.”

Michelle is now part-owner of Take One Film and Television, a production company where her ideas for television shows become reality. She also sits on the board of directors for IMPAC (International Meeting Planners Association of Canada), and teaches event planning two mornings a week at George Brown College in Toronto. 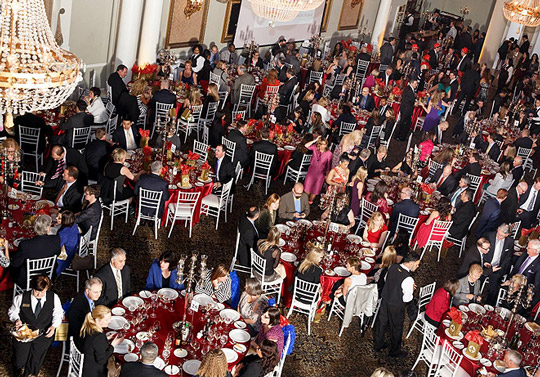