Life is about so much more than what we see today 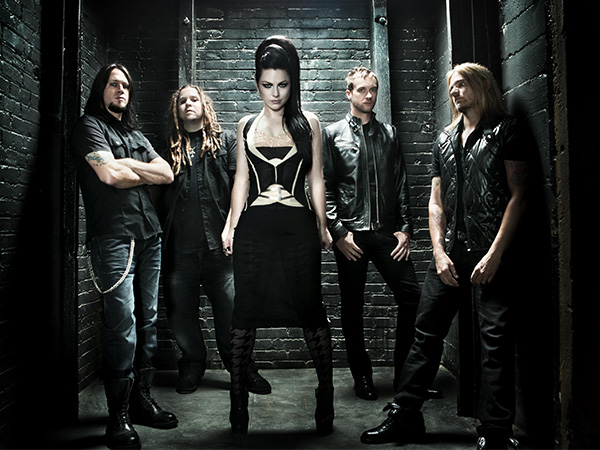 Sometimes we look at people and wonder where they get their strength. Regardless of what’s going on, every time we see them, they look like they have it all together; they are totally in control of their life, and it’s easy to wish we knew their secret. How do they keep going, even when everything seems to be falling apart?

Amy Lee is convinced that it doesn’t need to be a secret. “Strength sometimes comes from admitting that things may be mixed up, but I can still be okay through it all.”

And it hasn’t been easy for her. Amy continually repeats that mantra throughout her life. She has had to say goodbye before she was ready—and that loss has altered the landscape of her life.

When she was just seven years old, Amy lost her three-year-old sister. “It shaped my life,” says Amy. “I think the reality is that it was hard, but there were a lot of positives. It helped me take on a new perspective: this life is not the whole picture.” Trying to stay positive, Amy continues, “Life itself and all that it means—loving people, saying something that can touch someone else—those are the kinds of things that really matter. Anything else that is superficial and shallow, that we end up focusing on, is not worth it in the end,” she says. “Life is short, so if you want to do something, do it!”

Those are definitely words to live by—especially when we see how successful that “get out there” mentality has been for Amy. When she was 14, she met Ben Moody at a youth camp in Little Rock, Arkansas, and the two hit it off musically. Together they began to write songs and Evanescence (meaning “disappearance” or “fading away”) began to take on a life of its own. Even though she was still in high school, her focus and work ethic were already shaping the huge success that the band would become.

But, like all of us, Amy had a regular life that she was still living out day-to-day. In high school, Amy’s pet peeve was seeing how everyone dressed the same and tried so hard to fit in. In the end, it seemed that they were simply conforming and compromising the potential of who they could be. “I didn’t want to be like that. I refused to conform and give in to being like everyone else.” But sometimes that can carry a price, too. Not everyone is going to understand why you are not willing to try harder to fit in. 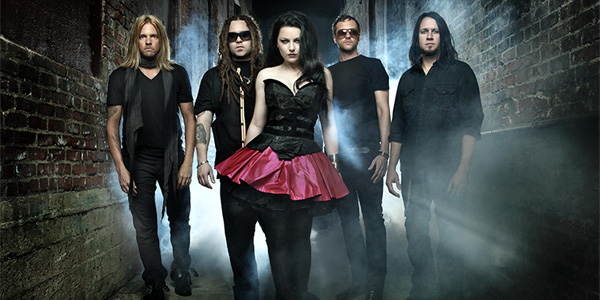 Later on, Amy faced several changes in Evanescence. She watched as many band members came and went, including Ben Moody and her long time bassist, Will Boyd.

Amy knows that life is always changing. Sometimes people will come and go in our lives and even though it is difficult to let go of relationships, her example is evident. “It is hard to say goodbye, but you have to remember that there are chapters in your life that come to an end, and that’s okay,” she says. “Change is part of our life story and nothing is forever.”

Losing relationships and friendships can hurt—sometimes more than we are prepared for. We can be tempted to want to dwell on what went wrong, what should have been done differently and even want to place blame on the other person. But there can be a lot more to life than what we see and feel today and knowing that can help us to walk through the loss and move on. 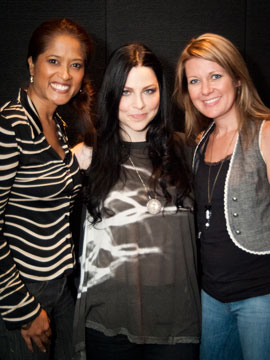 True to her character and personal life philosophy, Amy is moving forward with her new band, a new album, a new tour and a fresh approach.

“Our new album is very dynamic, just like the real heart of Evanescence. It’s open-minded in its sound and we poured lots into our vocal styling. I had been writing every day for so long that it feels good to finally have it finished,” she says. “It’s taken a long time, and I have personally gone through different music phases, but I am so excited to tour with this album.”

She is the first one to admit that she has changed as a person and as a musician—and she is totally fine with that. Looking at her face, it is easy to see how confident and passionate she is about the future and the opportunity to tour with their self-titled album, Evanescence. Facing everything she has walked through in life has given her a new self-assurance. “Jamming and learning from everyone has made me realize that I am a really great artist. I know I have talent, and there is a confidence that comes with that.”

But there is more to her than Amy Lee, the artist. In fact, she thinks we would be surprised by her other passions in life. “I am an awesome cook who loves to have friends over, listen to music, and hang out. And, I am really funny! Oh—and I am a cat lover!”

So why does she keep doing it? Why keep writing, performing and going through massive changes to the things that matter the most in your world? “I write to heal myself and encourage people. Our music is empowering and I want other people to listen to it and hear the hope in it,” she says. “The good news is that everything is not always broken and that’s what our new album is about. It kind of feels like I am talking to myself and that I am okay now.”

Okay, Amy, so here is the big question: if you could go back in time and sit across the table from Amy Lee, the high school student who was just trying to make it through, day-by-day, what would you tell her?

Her answer comes easily. “I would tell myself to just relax. I am going to be fine, just the way I am.”


One thought on “Faze Interview With Amy Lee of Evanescence”