This London-born actor is no stranger to the spotlight, but when a trilogy’s passionate fan base didn’t see him as an ideal fit, he was up for the challenge of winning their approval. 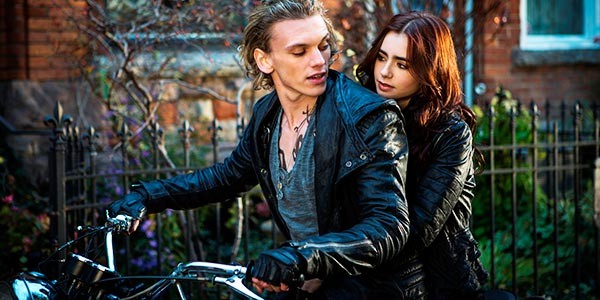 The film also stars Lilly Collins, Robert Sheehan and Lena Headey, just to name a few. Similar to the novels, the film—which was shot on location in Toronto—will follow the life of 15-year-old Clary Fray in New York City, as she stumbles onto her ability to see another world within our own, called Downworld.

It’s filled with mythical creatures, like fairies, warlocks, vampires, werewolves and evil demons, which are invisible to normal humans. But somehow, Clary has the “sight,” and this whole new world opens up to her. Jamie’s character is a demon-hunter who is trying to protect the human world from the downworlders (demons), landing himself in many impressive fighting scenes in the process. But he swears Jace isn’t just hard-hitting. 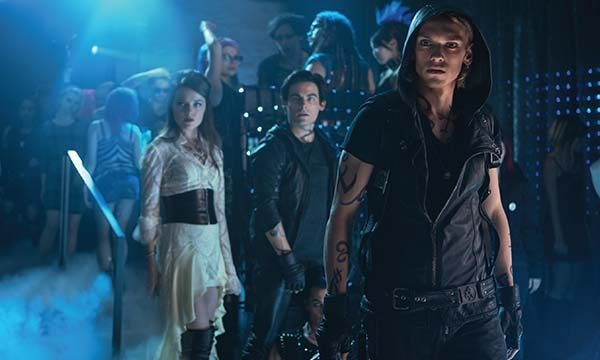 During the film, he falls deeply for his onscreen love interest, Clary. “He’s quite complex, but he’s also quite vulnerable,” Jamie says about his character. “He shows that vulnerability to Clary, and ultimately he feels betrayed when he lets his guard down. He’s a bit of a moody teenager as well.”

As an actor who is well-versed in the land of blockbuster make-believe, Jamie is best known for his rolls in the Twilight Saga’s New Moon and Breaking Dawn – Part 2, as well as Tim Burton’s Sweeny Todd: The Demon Barber of Fleet Street. With this newest film, Jamie liked getting to know Jace as a character.

“Obviously, when you go into shooting, you don’t really have the opportunity to play around with the character that much, because everything that you’re doing is probably going to end up in the film,” he says with a laugh.“But I really enjoyed getting to know him.”

With his experience in fantasy films—and his flowing blond locks and pair of piercing baby blues—it was surprising to hear that some fans of the book didn’t agree with the decision to cast Jamie as Jace.

“I wasn’t aware at the time of casting,” he says about the controversy. His awareness came shortly after that. As for the fans’ doubt, he says he tries to avoid reading about it in the tabloids. 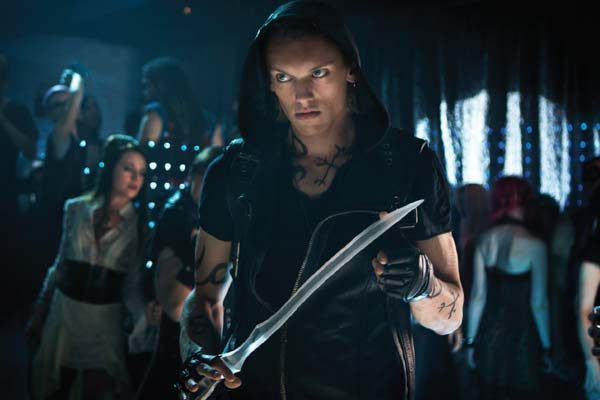 Even with his head held high, Jamie admits that the fans’ disapproval played a part in his performance. “Of course their opinions affected me. It’s hurtful, some of the things people said.”

But instead of letting the negativity get the best of him, Jamie used the doubt as motivation. “You can’t please everyone, and not everyone is as open-minded as other people. I have to go out there and continue to show people that I can do this and that I can change.”

Before production started, Jamie brushed up on his sword-handling abilities and spent four months training aggressively to prepare. “I did a lot of martial arts work,” he explains.

He also hit the gym—a lot. “I got to grips with being a bit of a killer as well,” he says.

His grueling training schedule paid off, because both Jamie and director Harald Zwart opted for him to do each fight scene unassisted. That means no stunt doubles, no harnesses and no wires. “I had to get my game face on,” he says. “But everything that you see, I did. It was me.”

With stunt doubles and special effects being a normal part of any Hollywood action scene, the choice to kick butt firsthand is quite impressive.

It took a lot of hard work, but being personally involved with all of Jace’s scenes makes the film even more gratifying. “At four o’clock in the morning, when you started work at five o’clock in the afternoon, and they’re saying, ‘We need you to do four or five more scenes in this tiny space,’ you go, ‘Oh, my gosh, all I want to do is go home to bed!’” he says. “But you grin and bare it, and you do it. And at the end of the day, you go home with this immense sense of achievement.” 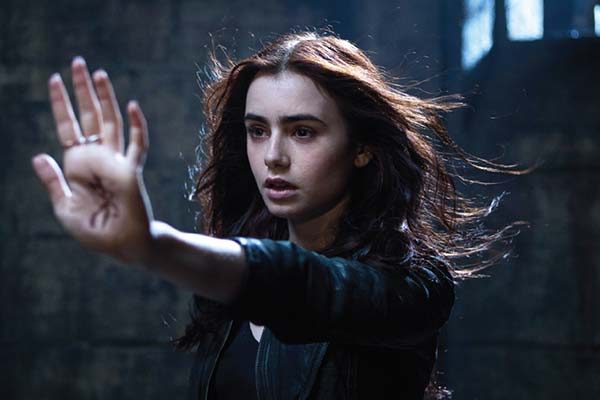 Having to prove others wrong and rise above negative stereotypes is not a struggle specific to Hollywood actors. Dealing with self-doubt and pressures from our peers can become a little overwhelming at times.

So, what happens when we decide to follow our dreams—be it a career choice, a hobby or a new personal style—and the feedback we get isn’t the least bit supportive?

Jamie suggests looking at where the negativity comes from and then rising above it, because it’s often more about that other person than it is about you. “Sometimes it comes from a place of jealousy, or maybe they’re not happy with what they are doing,” Jamie says about getting negative feedback. “As someone who is going through that, try not to listen to them.”

But he recognizes that it’s not as easy as it sounds. “Trust me and trust the people around you when I tell you and they tell you that whatever you are doing, if it makes you happy, it’s the best thing for you,” Jamie says. “It doesn’t matter about anybody else.”

It’s advice all of us should take. In a world where the media can dictate what is “cool” and what is “uncool,” it is important not to loose focus of who we really are.

• How does Jamie calm his nerves before a shoot? He meditates, reads and practices breathing exercises.
• His favourite parts of Toronto are Yorkville and Queen West. He also loves the frozen yogurt!