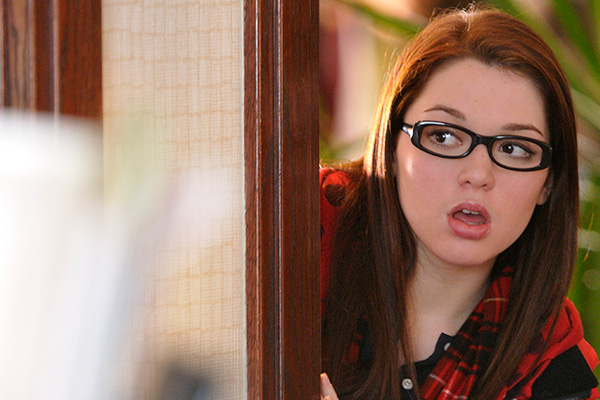 We’ve all seen the show Wizards of Waverly Place and enjoyed the hilarious antics of Alex (Selena Gomez) and her quirky best friend Harper, played by Jennifer Stone. Growing up as a “different kid,” Jennifer perfectly understands her role as Harriet in the new movie Harriet the Spy: Blog Wars.

Adapted from a book originally written in the ‘60s, Harriet the Spy was a film of the ‘90s, but this new version—out on DVD at the end of March—has a new and modern feel to it (with an obvious update in technology). But it does remain true to the strong female lead in the character of Harriet. “She is definitely her own human being,” says Jennifer. “She does her own thing and doesn’t follow the crowds. She is an individual in a world of followers.”

Jennifer, who has been on various film and television sets throughout her teen years, says that the experience of shooting a film with so many school scenes made her think of how long it has been since she’s been there. “I just haven’t been to school in forever and it felt so cool to be in a classroom with a bunch of different people and at a school desk.”