Young women living in the dusty, overcrowded Kakuma Refugee Camp in Kenya face malnutrition, a lack of sanitation products, and constant threats to their lives and safety. Yet, they find happiness in the little things: going to school, dancing, playing sports, and writing letters to their pen pals from Havergal College in Toronto. 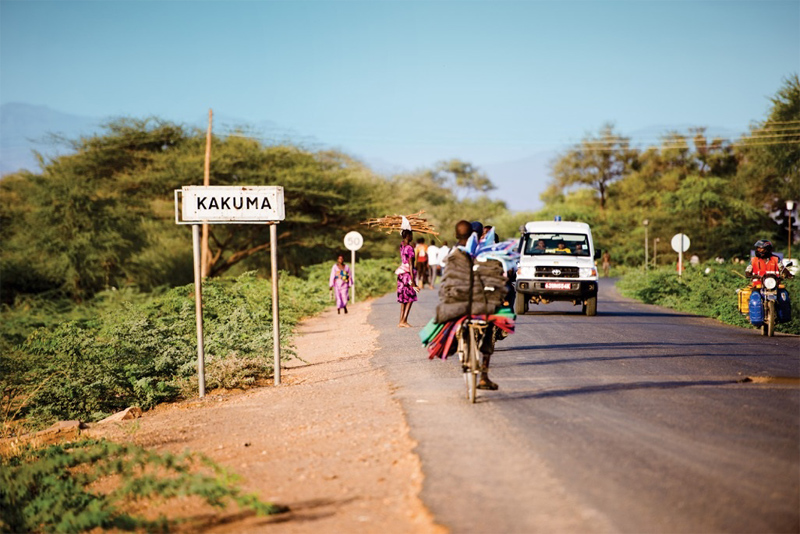 Over 20 girls from both communities participated in a Kenya/Toronto letter exchange, which took place over a three-year period. They wrote to each other regularly about everything from Zodiac signs to their favourite pop stars, movies and sports. The letters provide a fascinating snapshot into the lives of the girls in Kakuma. One girl wrote, “Life in Kakuma is quite hard. The temperatures are harsh, but we are used to them.” Another talks about her family, “I have two brothers and two sisters. I am a Sudanese. I am living with my mum and siblings and my father is living far away from us. I normally miss him, but I have no choice.”

The Kakuma Girls project was spearheaded by 17-year-old Havergal student Clare Morneau, who is a passionate advocate for girls’ education and female empowerment. She wrote a book about the project titled, Kakuma Girls, which was published and distributed by Barlow Books in Toronto. Faze sat down with Clare to talk more about the incredible initiatives she’s started and how she makes time in her busy schedule to make a difference.

Clare’s interest in the Kakuma community was first sparked when the company her father worked for built a girls’ boarding school in the camp’s vicinity. “My dad would come home and tell us about it and teach us a little bit about why there was a need for girls’ education in the refugee camp and why girls are so vulnerable in situations like that,” Clare says. “I wanted to learn more and hear the stories of these girls, learn about what they’ve been through.” Clare believes that while we may live in large, diverse cities like Toronto, there are still a lot of people who are unaware of what’s actually happening in the world. “I had friends who would ask, ‘What’s a refugee camp?’ and ‘What is that like?’ and I wanted to help them learn more.” In her book Clare says, “It’s easy to forget about the need for girls’ education in many parts of the world when you’re living in a society that accepts and promotes it.” She continues, “I thought that through writing letters, we Havergal students could expand our worlds by learning about refugees.” 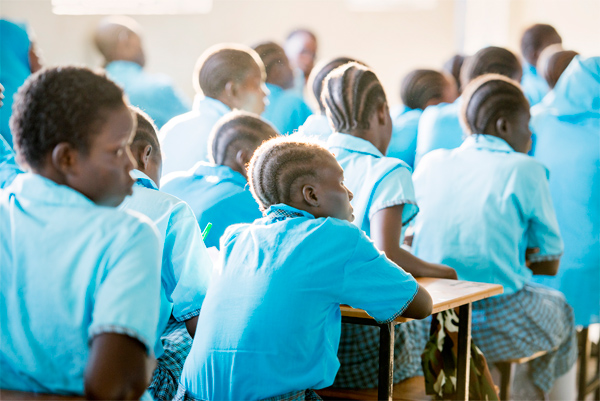 She still remembers one of the first letters from Kakuma she received. It was from a girl named Rita, who had come to Kakuma alone—separated from her family in South Sudan. Years later, after being briefly reunited, she made the heartbreaking decision to travel back to Kakuma without them, knowing that she wouldn’t be able to get the education she needed in volatile South Sudan. What struck Clare the most about the Kakuma girls (like Rita) was just “how much they want to achieve.” Rita wants to be a doctor, as does Adut Dau. Another girl, Irene, dreams of being a lawyer or a journalist. To have these dreams when you come from a camp where only two percent of refugee children go to secondary school, are according to Clare, “a continuous reminder that these girls will literally do anything for an education.”

The young women, separated by 11,000 km of land and sea formed a fast friendship. Sometimes they would make fuzzy Skype calls to talk to their pen pal face-to-face. In February 2016, Clare traveled to Kenya and met Adut, along with four other of her Kakuma pen pals in person for the first time. After communicating back and forth with the girls for three years, the whole experience was “unreal”, Clare says—it was just like “seeing old friends.” The Kakuma/Toronto letter exchanges were immortalized in Clare’s book, Kakuma Girls, which took over a year to write, research, and publish. She had to coordinate with officials from the United Nations High Commission on Refugees, collect and compile letters from the girls, and coordinate contributors in both cities to write essays for the book—a huge commitment for a busy 17-year-old in the middle of the school year. 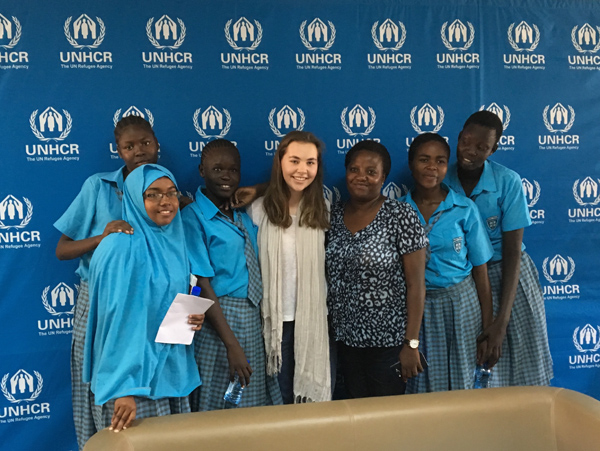 In addition to her work with Kakuma Girls, Clare is also part of the debate team at her school, a news writer for her school newspaper, a community prefect, and plays in her school orchestra. “My mom’s always telling me to take one thing off my plate,” she laughs. But she credits her family for being her biggest supporters throughout the project, always encouraging her to “take my passion and run with it.”

Clare, determined to share her experience and the stories of her new friends, paced herself, dividing her work up so that it wouldn’t be overwhelming. She devoted Sundays to writing the book and spent the entire day working on Kakuma Girls, so that “it never seemed like I had so much work hitting me at once,” she explains. It wasn’t an easy road to get published. Clare remembers having to go to every bookstore herself and attending nerve-racking executive meetings to market her book. “I’d go to meetings in my uniform and then sit in the waiting room and have people look at me and probably wonder if I was waiting for a parent or something,” she recalls. While it was definitely “scary” having to navigate through unfamiliar territory, as a then 16-year-old, Clare believes that, “you just have to be confident and believe in what you’re doing and then they’ll listen.”

Clare is also a UN Youth Ambassador for refugee issues, has been a speaker at TEDx Toronto, and has interned at the Global Humanitarian Lab in Geneva. Despite busy schedules, Clare believes we can all impact the world: “It can be something really small,” Clare says. Something as easy as writing a letter to a refugee girl has the potential to change her life. “It’s a reminder for her that there is someone out there who cares about her, who wants her to succeed and believes that as a girl, living in a refugee camp, she can still get an education,” Clare explains. For Clare and her classmates, the girls at Kakuma Refugee Camp “are not the other—we are equals,” she writes in her book. “We have different lives, geography, and social conditions, but we are all young women living in this world today with hopes, fears, and dreams.” 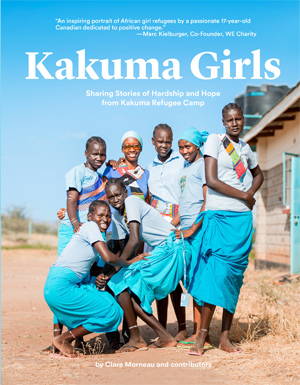 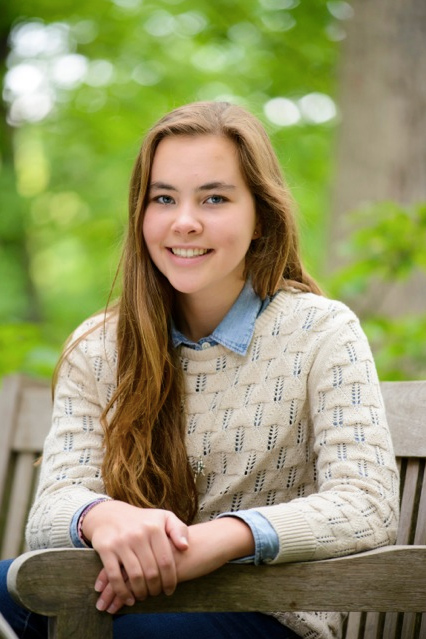 If you’d also like to write to the girls at Kakuma Refugee Camp, you can send letters to:
Morneau Shepell Secondary School For Girls
c/o UNHCR Representation in Kenya
P.O. Box 43801-00100, Nairobi, Kenya