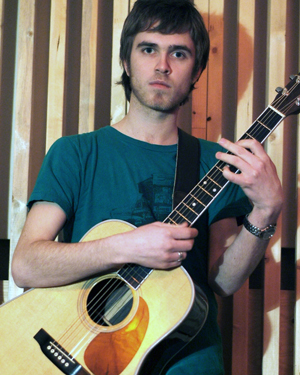 Nineteen-year-old native of Saskatchewan, Kyle Riabko, a recognized guitarist and pop/blues artist, began performing at the age of 10 and is now happily signed to Columbia Records. His first tour included working with musicians such as John Mayer and Maroon 5; he’s also performed with legend B.B. King.

Having written every song on his first album, Before I Speak, it’s clear that he takes a great deal of pride in having control of the music he creates—he has even recorded songs in his own bedroom. Not limiting himself to music, he was involved in the benefit Song for Africa in 2006, to create awareness and raise funds for the AIDS problem in Africa. This summer, Kyle toured Canada and the US.