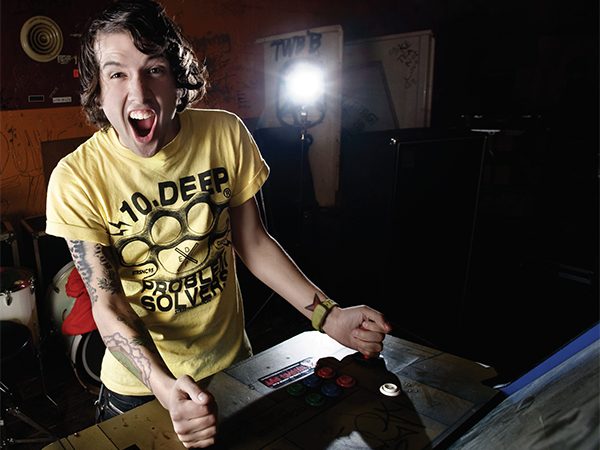 The name THE SECRET HANDSHAKE comes from an unlikely place: an issue of an old comic book that Luis Dubuc, the musical genius behind the band, used to read as a kid.

However, his sound inspiration comes from a more likely source, from someone who has musically inspired so many: the late Michael Jackson.

With the recent success of Luis’ new album, My Name Up in Lights, you might think the stardom could get to him, but Luis manages to keep everything in perspective.

He says, “Whatever happens, happens and that’s fine with me.” He likes to keep a super-personal relationship with his fans, and to show their appreciation, a couple of his diehard fans even have The Secret Handshake tattoos.

Something you probably didn’t know about Luis—he hated high school! In fact, he couldn’t wait to get out. He used to have nightmares of his mom telling him he had to go back to school to complete another grade.