The most intense job interview to exist in Canada finally came to an end on the latest MuchMusic VJ Search  finale. 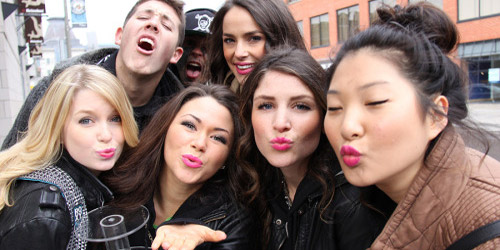 With hosting live shows on television, attending events and interviewing the hottest celebrities as some of the major duties of a MuchMusic VJ, it’s clear that this isn’t your regular job. Which is why it was fitting that the search to find Canada’s next TV personality was not just a regular application. Instead, it was a month-long competition, which was filmed for all to see as a reality show on MuchMusic. 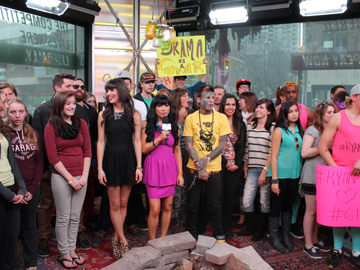 Thousands of hopefuls submitted videos at the start of the competition in March, vying for the coveted job of a MuchMusic VJ. From there, a standout bunch of top 40 candidates were chosen and after they submitted a second video convincing Canada why they should be the next VJ, the top 20 was then decided. These lucky
20 contestants found themselves as stars in the Fructis Fruit Sensation Presents: Much VJ Search reality show, packing their bags and headed on the road trip of a lifetime.

During two weeks on a bus traveling across the country, the top 20 completed crazy and exciting challenges like reporting news while tubing down a snowy hill. When the road trip came to an end in Toronto, 10 finalists were selected to camp out in MuchMusic headquarters for two weeks. 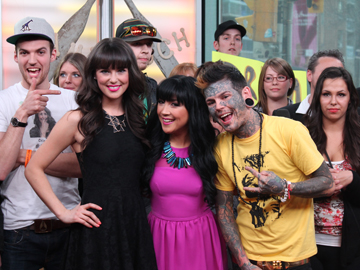 After a month full of tears, laughter, surprises and drama, it all came to an end at the finale, with one lucky contestant walking away with what’s arguably one of the coolest entertainment jobs ever.

MuchMusic’s headquarters was full of fans proudly
rooting for their team with signs and t-shirts sporting their favourite finalist. Ottawa’s Ryan Pownall, Peterborough’s Drama Diabolos and Montreal’s Chloe Wilde made it through to the top three, and the anticipation was high. Unfortunately, many hearts broke when host and current VJ Lauren Toyota announced that it was the end of the road for Ryan.

That left Drama and Chloe in what had to be the most heart stopping, nail-biting, edge of your seat moment of the entire show. After a dramatic wait, it was revealed that Chloe is the next MuchMusic VJ. 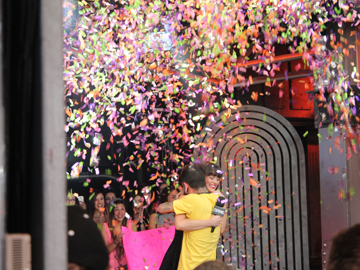 There’s no denying Chloe’s life changed the moment her name was announced and a plethora of vibrant, bright and colourful streamers fell from the ceiling.

“Chloe can expect her life to change dramatically. I know she has a little bit of experience before. She’s not coming in entirely blind which I think is really important, that’s she’s done interviews before. She’s got that thing,” says Lauren of Chloe’s win. 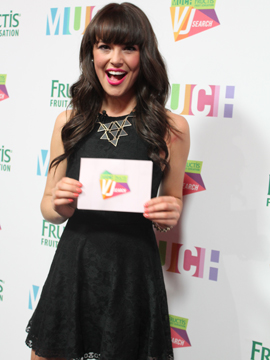 Chloe was ecstatic and constantly smiling. “I feel like I’m in a dream. I just feel so fortunate and blessed to have won. It’s been an incredible journey, and I’ve grown so much as a person. I’ve learned so much,” she says. “I honestly can’t believe I’m here right now. My goal was to make it to the top 20 and I would’ve been happy with that. This proves that dreams really can come true if you work hard and give it your best shot.”

During the competition, current Much VJs Damian Abraham, Phoebe Dykstra, Tyrone “T-RexXx” Edwards, Liz Trinnear and Scott Willats acted as mentors for the top 10 finalists and each VJ selected two contestants to be a part of their team, offering advice, support and encouragement.

Chloe’s mentor, Liz Trinnear, won the last VJ Search in 2009. “When they said Chloe’s name, I
relived all of the emotions I had when I won the VJ search. Because I know exactly what it means to be announced as the next MuchMusic VJ. It’s one of those things that change your world, but in all the best ways,” says Liz. “Chloe’s worked so hard, showed us she’s professional, she’s sophisticated, yet so quirky and bubbly and great on air. She definitely deserves this. She took my advice, but ultimately it was Chloe who got herself the job.”

Fans and viewers aren’t the only one’s excited for Chloe to join the MuchMusic family.

“We [the VJs] come in here everyday being so grateful for our jobs and grateful for each other, and having such a tight crew,” sys Lauren. “She’s going to have no problem fitting in with us and we’re welcoming her with open arms. It’s going to be an exciting time.” 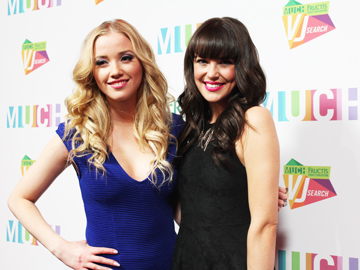 How To Mentally Prepare For Going Back to School