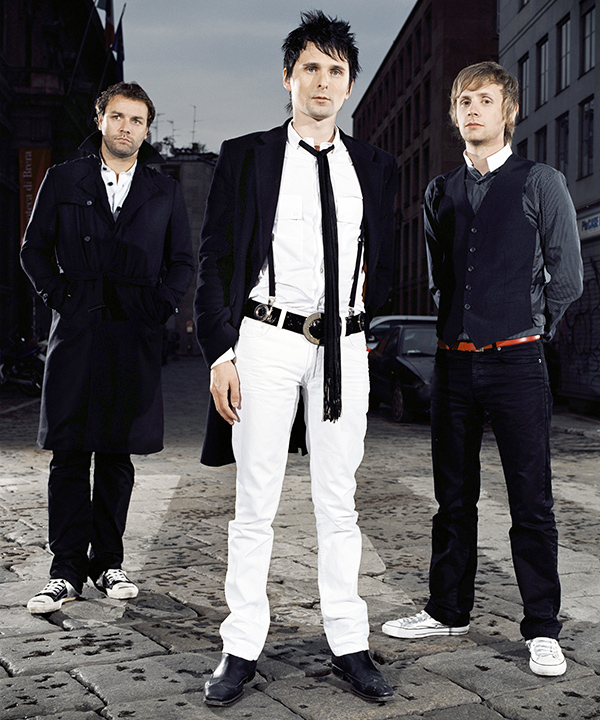 When Muse finally broke in North America following the release of their 3rd album, Absolution, the UK trio found a way to relate to a whole new part of the world nearly 10 years into their existence. However, instead of sticking to what became familiar to their listeners, the band decided that their latest effort, Black Holes and Revelations, had to be an album based on new, unexplored musical directions. “I think you can definitely say that it’s the hardest album we’ve ever made,” concedes drummer Dom Howard. “It was almost like stripping the band away from what it was known to be and starting again in the studio. It was great. We spent a lot of time really experimenting and pushing ourselves.”

These experimentation sessions led to an album that is highly progressive in nature, and isn’t afraid of melding shredding guitar sequences with electronica influences and atmospheric sounds. While the album itself is musically bold, the lyrical content states its strength as well, by not shying away from encouraging listeners to stand up and defend their social and political ideals. Explains Howard, “If there’s any kind of political theme, it’s more of the small man or person at the bottom of the pyramid who is waking up to the forces that are really manipulating them and the whole world—and feeling like they really want to fight and do something about it.”

The band: Muse, an excitingly fresh progressive rock trio from the United Kingdom.

Right now: Their new single, “Invincible”, releases April 9 and the group finishes their current tour in France at the end of July.