“There’s so much drama going on. Every day is different.” 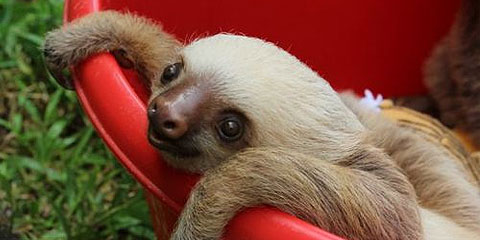 You wouldn’t expect this to be the description of a sloth sanctuary. But biologist Becky Cliffe’s assessment of her current work place is pretty accurate.

With over 200 of these slow-moving animals at the only sloth orphanage in the world, The Sloth Sanctuary in Costa Rica is constantly buzzing with activity. The dedicated members of their team rescue, rehabilitate and research sloths, an animal that humans know very little about.

“They were named after the deadly sin,” says Becky. “But they’ve become quite popular with YouTube videos because they’re so cute and they’ve always got that smile. You can’t not fall in love with that face.” 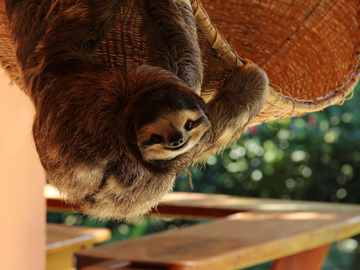 Animal Planet is now introducing Meet the Sloths, a documentary-style TV show about the ongoings of The Sloth Sanctuary and its wonderfully weird inhabitants. While at first glance sloths appear to spend most of their time either napping or eating green leaves, there is a lot more going on.

Episodes focus on the different areas of the sanctuary, showing what it takes to care for baby sloths in a nursery, the personalities of the adults sloths and how they interact with each other (lots of love and hate happening here), as well as their interactions with humans. It’s fascinating. And also completely adorable.

But the show is about more than just giving viewers super-cute clips of sloths doing funny things that make you go “aww.” Playing on the cute factor gets people invested in sloths, so they can get engaged in the bigger picture: the conservation effort. 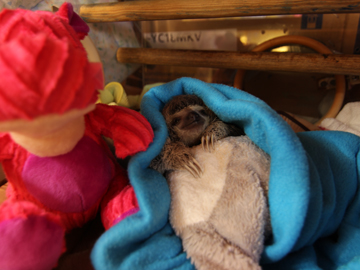 The majority of dangers that face sloths today are from humans. New roads that destroy their habitats, cars that run them over, power lines that result in eletrocutions—not to mention the things people do to sloths out of fear.

“Being named after the sin, a lot of people think of them as the devil’s animal, especially in Costa Rica,” says Becky. “We get some that have been beaten by sticks, used to play football with, set on fire, acid thrown on them—really disgusting things.”

Awareness about the animal is key to changing these conditions. But for now, with the Sanctuary, there is at least a place where they can go and get the proper care they need.

Beyond their survival in captivity, Becky is also leading the research program that will eventually re-introduce the rescued sloths back into the wild.

But, in the mean time, Becky says there is a lot we can learn from these smiling creatures who don’t appear to be in any rush. “Take it easy. And eat your greens.”

Read more about Becky, Meet the Sloths and The Sloth Sanctuary in our spring 2014 issue of Faze.