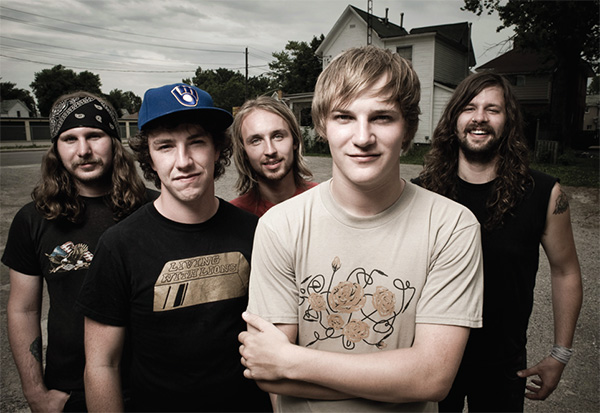 Originally from Edmonton, Alberta, TEN SECOND EPIC is now on tour in Canada promoting their new album, Hometown. If you loved their first album, you’ll love this one. They believe Hometown still succeeds in capturing their unique sound, but that it’s a more mature-sounding album because they put more emphasis on songwriting.

Their single, the title-track “Hometown,” is about being in love with wherever you are in life, specifically because all five members (Andrew, Daniel, Craig, Sandy and Patrick) are busy with the band nine to ten months of the year and that can sometimes be overwhelming. Although touring and being away from friends and family is difficult, it’s all worth it when they go out on stage. The guys are more than band members—they’re really good friends too. In fact, they all have matching tattoos.

Their most surreal moment? Daniel recalls when “this girl showed me her cell phone, and I don’t know how she had it done, but there’s an old press photo of my face and she got it airbrushed on her phone.”

MORE: Be sure to check out Ten Second Epic and their video featuring our Faze Spring Cover Girl, LIGHTS!