It’s an exercise in extreme mind control, and perhaps in being out of your mind

Tim Cridland, also known as Zamora The Human Pincushion, made his debut years ago with Jim Rose’s Circus Sideshow and has since appeared on Ripley’s Believe it or Not and Real TV. He is a man of many strange talents. 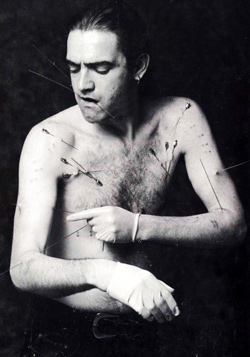 At a young age, Cridland became extremely interested in sideshows and the unusual stunts performed at them. Through books he learned about snake charmers and sword swallowers and he decided it was something he wanted to pursue.

“It was an ongoing interest of mine that kept growing bigger and bigger,” he said. Tim’s first side show accomplishment was fire eating. That was a feat he mastered at the young age of 15.

“I thought that was pretty cool,” said Cridland, “I thought that was something I’d like to see. But nobody was doing it, especially in the small town I lived in.” So he decided to learn the ropes himself. It was a slow process that took many years of studying mediation rituals and self-hypnosis to become the pain-ignoring master he is today. 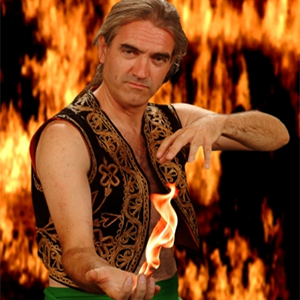 “I’ve been doing fire-eating the longest,” he says. “Then putting the skewers just through the skin on the fore arms, then it just went up from there.”

Tim Cridland – The Human PincushionZamora’s signature act is piercing his flesh with thin meat skewers. At the show I attended in Toronto, one skewer went through the arm and another went in his mouth, under his tongue and out the bottom of his chin. According to Cridland, this act has made several people faint, including members of other sideshows. At different shows he pierces different parts of his body, although his arms and face seem to be the most common. For the Guinness Book of Records, he had 106 pins in his body at once. “I could have done twice as many,” he claims, “but it wasn’t really for the record, it was just an excuse to do fun stuff on TV.” 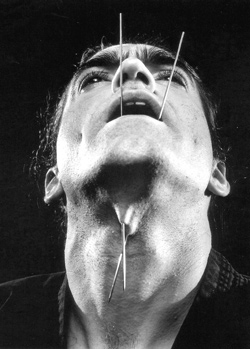 Because of his extensive studies and years of practice, Cridland is fully in tune with his body. He knows exactly where to put the skewers when piercing himself to produce the least amount of blood possible. Through self-hypnosis he has also learned to ignore the pain.

“There is nothing abnormal about me physically,” said The Torture King. “Everything I’ve done, I’ve trained myself to do. I’d say what I’m doing is demonstrating some kind of extreme examples of what you can do with your mind and combining that with your Tim Cridland – The Human Pincushionbody. You could take the same techniques I use to overcome pain and use them in your own life to inspire you to persevere against the pains in life we all have to deal with.” 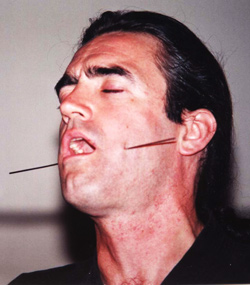 Obviously, DO NOT TRY THIS AT HOME – or anywhere else! Tim has studied for many years to be able to achieve this level of showmanship and expertise. Plus, why the hell would you want to do something like this anyways?