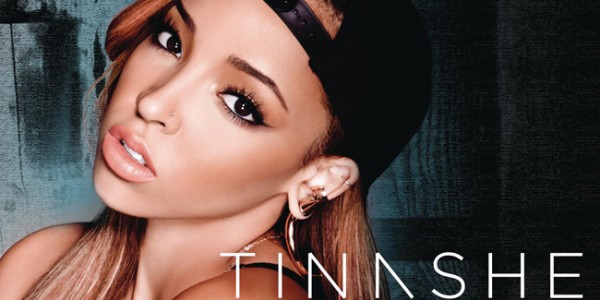 It’s been a few years since her five-piece girl-group The Stunners broke up, but Tinashe is far from broken down. While the 22-year-old has performed at Madison Square Garden and sung the National Anthem during a Major League Baseball game, this upcoming year will be one of her biggest ones yet.

Tinashe originally began her career modeling and acting—she appeared on the sitcom Two and a Half Men—but the young artist has always had known music was her first love. “Ever since I was very young it’s something I wanted to do with my life,” she says. “Acting was somewhere to start in the entertainment industry, but I knew that I loved to sing.”

Drawing inspiration from the likes of Michael and Janet Jackson, Christina Aguilera, her LA lifestyle and mixed background of Zimbabwean and Irish ethnicity, Tinashe has definitely grown in her music.

Her recent single “2 On” (featuring Schoolboy Q) is a testament to the interesting combination of the RnB and dance genre that Tinashe incorporates into her music. And while listeners still have to wait until late summer for the rest of the songs off her album, Aquarius, the young singer teases that one song will feature rapper A$AP Rocky.

But of course, while the Los Angeles-native promises fun, she’s not stranger to the hard work needed to get there. “I’ve been working on the album for over a year,” she says. “It took people a while to get acquainted with me and who I am as an artist.”

With full support from her family, Tinashe is already planning choreography for upcoming live shows and tours. While she knows it’s just the beginning, she hopes one day she’ll perform at the Superbowl.

“You have to believe in yourself,” she says. “So many people will think you’re not good enough. I think if you don’t have a strong sense of self it’s very easy to get discouraged. You have to stay self-motivated and you have to know that you’re good.”