Faze caught up with this Canada’s very own heartthrob Luke Bilyk to talk about his latest experiences at the MMVAs, his plan for a third mission trip and what fans can expect from his character, Drew, on the upcoming season of Degrassi. 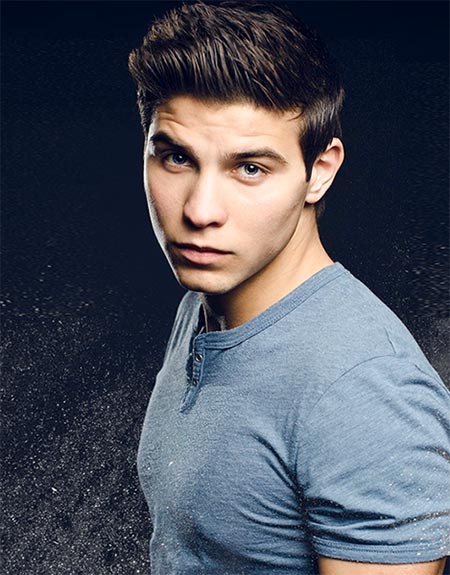 We saw you at the 2013 MuchMusic Video Awards as you introduced Marianas Trench on stage. How was your experience there? What do you love most about the MMVAS?

Luke Bilyk:  That was honestly one of the craziest things; you know, getting ready and psyching yourself out before you go on stage. Plus, all of the fans are there. I am blessed to be given the opportunity—it was crazy!
The best thing about the MMVA’s is definitely getting to meet so many people that are inspiring. I was sitting between Classified and Ed Sheeran and they were like, “Who do you want to meet?” and I’m like, “Well, they’re right beside me!” I was trying to bump into Ed Sheeran on purpose.

You were also a host for The Miss Teen Canada World Pageant. What are some of the highlights?

LB:  I’ve done that two years in a row and I’m going to do it again. One of the scariest things is having the teleprompter go out. When I was there, it didn’t go out, but we had an envelope swap to do and there was no envelope! I leaned over and told them that I don’t have the envelope and the audience started laughing.

Not only are you an Actor, MMVA Presenter, Pageant Host and a WE Day Ambassador, but you can add model to your resume. Did you have fun posing for the camera at the Roots Canada shoot?

LB: I was blessed! They also asked me to come back to do an individual shoot which is amazing. It’ll be an online version that is called “Luke’s Picks” for the summer. That day was one of my most fun days with my friends; I got to be photographed with four of my best friends. They gave us some stuff afterward; it was an amazing experience. 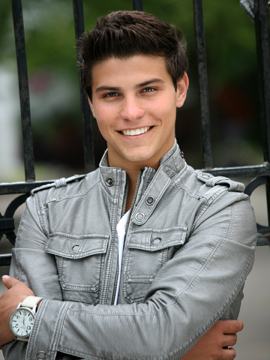 If you weren’t busy enough, you’re also leaving on a mission trip soon.  Where are you going? Who are you working with?

Luke: I’m going to Nicaragua with Free The Children. I’ve gone to India and Haiti in the past. Apparently Nicaragua is one of the most beautiful places on Earth, where you can climb a volcano.

Drew is returning for another year at Degrassi as the school’s President—and he’s engaged! Can you tell us what Drew will be up to this season?

Luke: Seeing him as the school’s President is definitely going to be a lot different. He has a lot more responsibilities and he’s really trying to grasp that change. For the past four years, you’ve seen him kind of breeze through high school and not really care. But now he is actually taking responsibility for his actions and for other people in the school.

Taking it back to when Drew joined a fight club, two seasons ago; were you scared? Excited?

Luke: I remember being in the read-through for that. I went up to one of the writers and asked if that’s going to be me doing that and he said, “You know Luke, if you want to we’d love for you to do it.” I was like, “Are you kidding me? I would LOVE to!” I went through six weeks of intensive training of Krav Maga. In one scene I had to jump over Jacob, who plays Mo. He’s around 6”2 and he’s running at me full speed and I had to jump over him—that was probably one of the scariest things. It was so much fun though and I would do that again in a heartbeat. So, it was all me, no double.

Everybody wants to know: are we going to see Drew graduate?

Luke: I hope so, if not this year than maybe next year. I think his school is on point at the moment.

Make sure catch the Season 13 premiere of Degrassi on July 11th at 8PM ET on MuchMusic.