Globe-trotting, note-jotting Robin Esrock opens up about what it really means to be a travel writer. 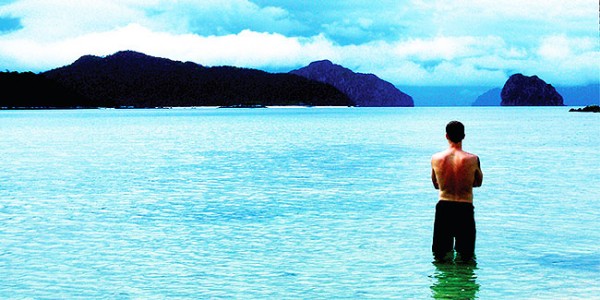 In 2004, Robin Esrock was riding his scooter to work as he did every day, when a car went through a stop sign, rode straight into Esrock, and broke his kneecap. Horrible and traumatic, right? Well, not for Esrock. He asserts it was the best thing that ever happened to him.

Eight months after the accident and almost completely healed, he received a $20,000 insurance settlement. With a degree in journalism from Rhodes University already under his belt, along with a handful of other careers—from being in a band to creating website—Esrock decided to put his new, small fortune toward an open-ended ticket to travel around the world.

Esrock took the whole year off to visit 24 countries and five continents. During that time, he blogged every week and took pictures, mainly to share with his family and friends.

“But that led to a column in the newspaper,” Esrock says, “and when I got back, I’d realized that I’d somehow become a travel writer.” He started receiving offers to go on more trips, and a year later he was published in 12 major newspapers around the world. 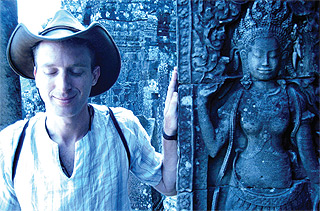 Think you have what it takes?

To most, travel writing sounds like a dream job. The thought of lying on a beautiful island and being paid to write about it seems easy and attractive enough. Well, that’s not entirely true.

Esrock explains that first and foremost, you have to love to travel—and that doesn’t really mean business class and five-star hotels.

“You’re doing long flights at crazy times,” Esrock says, “and you have to work when you’re jet lagged. You’re staying in cheap hotels, visiting people, taking notes, and thinking how you’re going to craft the story.”

One of the skill sets you need to develop as a travel writer is being able to observe and remember what’s going on around you, because when it comes time to write or pitch a story, you’ll have to find an angle that nobody else has done. For Esrock, traveling with a notebook and digital camera is all he needs; with those in hand, you can drop him off anywhere and he’ll find a story

Of course, like most jobs there are also downfalls. “Stability is a big thing,” Esrock says. “You just don’t earn enough money, generally, to buy a nice place or nice cars—I’ve been driving an old beat-up car for the last 10 years!” Luckily for him, fancy cars aren’t all that important, but maintaining personal relationships is tricky. “You’re constantly in and out, and it’s challenging, not only romantically, but also with your friends.”

Aside from those challenges, Esrock knows that one of the hardest parts of the job is rejection. “It’s difficult to constantly deal with about a 90% rejection rate,” he admits. “It’s difficult because it’s hard not to take it personally.”

So how does one survive rejection in such a competitive industry? Esrock says that “for young writers out there that want to get into journalism or travel writing, you have to learn the art of persistence, not giving up, and realizing that rejection just takes you one step closer to success.” 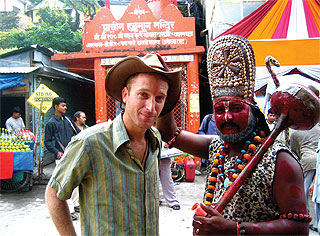 Taking it to the small screen

According to Esrock, travel writing is a lifestyle, not a living. With that idea, he came up with a concept for a TV show based on the contrast between living it up in the most amazing destinations around the world, and the pressure that he’s under as a writer.

“I brought in Julia Diamon, a travel writer from Toronto, and the two of us got a TV show with OLN [Outdoor Life Network],” Esrock says. The show is called Word Travels, and so far they’ve filmed in 26 countries and will be shooting their third season in 2010. It’s recently been picked up by National Geographic’s Nat Geo Adventure channel worldwide.

“I really enjoy it because it’s a powerful medium to be able to share what’s going on,” he says. “I’ll continue to balance television and writing because TV can show, but writing can feel, and they are complementary if it’s done right.” 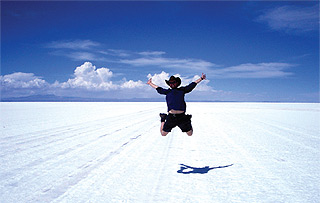 Advice from a pro

With such vast online social media available today, Esrock encourages anyone interested in travel writing to simply travel and write. “With blogs and Facebook,” Esrock says, “there are so many ways now to share your experiences with everyone—you don’t have to be writing for a newspaper or magazine, just get out there and travel!”

That seems easier said than done, because traveling can be very expensive, but you don’t need a lot of money. There are student programs, exchange programs, swaps, and even wwoofing (WWOOF is the World-Wide Opportunities on Organic Farms organization, where you can volunteer to work on organic farms. There are over 600 locations to do this in Canada alone).

“Anything you can do to broaden your experience before you go to university or before you start working is only going to help you, because it’s an education—it’s life education.”

To read Esrock’s exciting adventures around the world, visit robinesrock.com, and head to wordtravels.tv to watch clips of his show, Word Travels.
Here’s a highlight reel from Robin Esrock’s Word Travels show.


One thought on “The World At Your Feet: The Life Of A Travel Writer”

Inspire The World By Sharing Stories Of Your Acts Of Kindness