On November 16th, 2010, The Canada Council for the Arts announced the winner of Governor General’s Literary Awards for children’s literature, with an amazing prize of $25,000 attached to a great honour.

Other prizes were also awarded to the other finalists, but just to be considered for such an award is a prize in and of itself.

All of the books centre around tough subjects and can be sometimes hard to read (especially if one or more of the issues hit home), but the authors are clearly interested in the very real struggles of teens–which is what lands these books on our must-read list.

Here is a look at the finalists (it makes a great holiday reading list!). 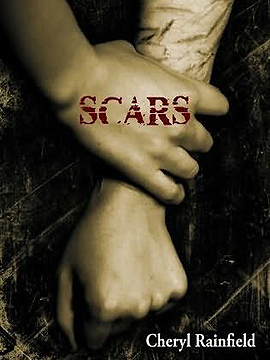 Although she has survived a childhood of sexual abuse, 15-year-old Kendra can’t bring herself to go back there, to remember who did it. The memories haunt the edges of her mind and make her flinch at the slightest touch, create beautiful but dark paintings and imagine footsteps following her everywhere she goes–or, are they reall? Her only comfort is in cutting: making shallow cuts along her wrist that let out the pain and block any clear memories of her abuser. Hiding the truth from everyone–parents who badger her, but don’t understand; a therapist who can only be told so much; an art teacher who might not see her the same way–Kendra knows the key to moving past the abuse is to identify the culprit, but she just can’t bring herself to remember. Why choose to relive her worst nightmare?

A scary, but eye-opening look at the inner struggle that goes on when one girl’s world is so upside-down that the only sense of relief comes from drawing blood. The author immediately pulls you into Kendra’s world, making you simultaneously want to scream at her to stop hurting herself and also understand a whole lot better why she continues to do it. 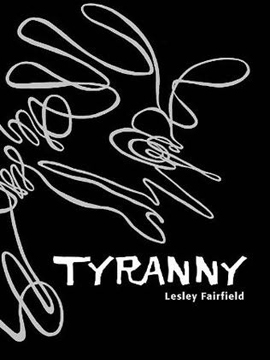 “Just a few more pounds…” “I’ll never be happy until I’m thin as I can be…”
Ever thought something similar?

Author and illustrator Lesley Fairfield’s graphic novel follows Anna as she navigates the dangerous path of an eating disorder. Relying on mostly visuals in her illustrations and very few carefully chosen words, the author brings to life Anna’s other half–named Tyranny–who is the physical embodiment of every negative word, thought, feeling she has ever had about herself. Simply put, Tyranny is anorexia personified. And she’s pretty terrifying. With Tyranny’s help, Anna’s life goes from normal high schooler with normal parents and a normal boyfriend, to a high school drop-out with an ex-boyfriend, living alone with no direction for her life. After a friend passes away from bulimia, Anna knows she needs to get help. But how can she tune out the ever-present, ever-loud-mouth Tyranny from dragging her down further?

For anyone looking to get a strikingly visual and personal insight into the real battle of living with an eating disorder, this book is it. It’s clear from the details of the story that the novel is written from the perspective of someone who has actually been there–someone who is looking to help others find their own voice again and defeat their own personal Tyranny. 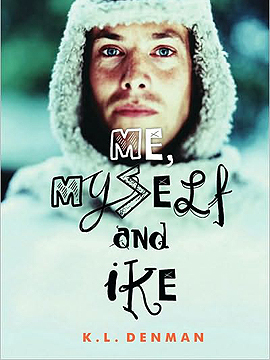 Me, Myself and Ike
by K. L. Denman

Once the golden boy at his high school, Kit Latimer is sad, angry and–most of all–confused about what happened to make him lose it all. But one thing is clear to him: his life will have purpose in the end. After seeing a documentary on the Ice Man (5000 year old mummy discovered in the mountains that told archaeologists tons about his time period), his one and only friend, Ike, convinces Kit that he should be the next one: the next Ice Man, that is. Kit then goes about secretly collecting all of the necessary “artifacts” that he will need with him to go up into the mountains and “preserve” himself for future civilizations to learn about the current times: a blackberry with music from the past 50 years, modern junk food, bestselling books, a laptop with an official manifesto about his purpose, and more. The more he collects for the future generations to see, the further he moves away from anything connecting him to the present. Kit’s parents are worried that he’s become depressed and want him to see a doctor, so he agrees. Little do they know, he won’t be around long enough to keep the appointment.

This is probably the darkest out of all the novels on this list, possibly because any of the action is overshadowed by your knowledge early on of what he really intends to do: commit suicide. However, it is strangely compelling: you can’t help but care about the main character, Kit, because he’s not a bad guy. Clearly suffering from some sort of mental-health issue that he cannot control, but he still cares deeply about the people around him. But I’ll say no more! Read the book and uncover the mystery! 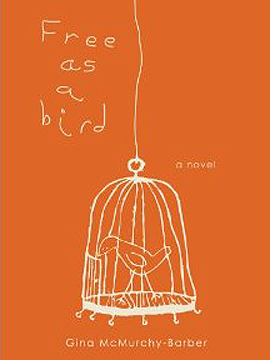 Free as a Bird
by Gina McMurchy-Barber

Ruby Jean is different. She was born with Down syndrome. She is special. But she was born in a time (1957) when individuals like her weren’t understood–they were institutionalized. Written from her perspective, with her words (spelling, sentence structure, etc.), Ruby Jean tells her story. For the first eight years of her life, she is raised by her grandmother who loves her and teaches her all about life. But after her loving care-giver passes away, Ruby Jean’s mother decides to take her to Woodlands School in New Westminster, B.C., where she will be expected to stay for the remainder of her life. Abused, neglected and isolated from the rest of the word, Ruby Jean is devasted into a state of silent survival. Until one day, a nice lady named Grace arrives, who promises to teach her to cook, clean and live on her own. But the first glimmer of hope is only the beginning in a long journey a life she can’t even begin to imagine.

Definitely one of my favourites, this is a story that comes across in such an honest and vivid way that I would dare you not to be emotional throughout. The author drops you into the world of someone excluded from society for being less-human than a “normal” person, and yet Ruby Jean is probably the most human of us all.

I loved Ruby Jean; I loved this book. Enough said.

AND THE WINNER IS… 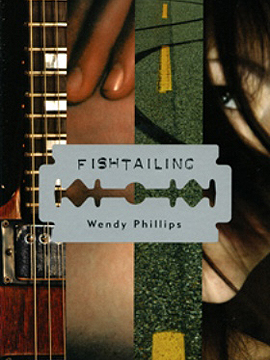 Written as a series of mostly poetry (with some teacher’s notes/critiques and emails between school staffers) Fishtailing is a totally original look at the individual and collective struggles of those in high school. It follows four teens–Natalie, Tricia, Kyle and Miguel–through their various poetry assignments from their writing teacher, Mrs. Farr. Through these works, the teens paint pictures with their words of what’s going on in their world, without the reader really being privy to the overlaying plot of a usual single narrative. But this is not “Roses are red, violets are blue” kind of poems. They are edgy and beautiful, dark and twisted, graphic and real; getting caught up in a game of love and betrayal, the four of them don’t realize one of them is pulling all the puppet strings, until it’s too late.

Looking for a book that is compelling AND unique? Look no further. It might take awhile to get into the style of writing, but once you do, it’s quite a rollercoaster. 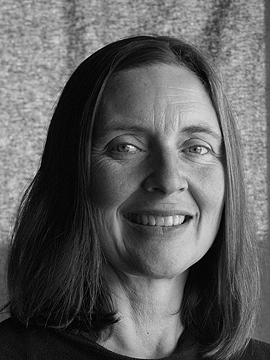