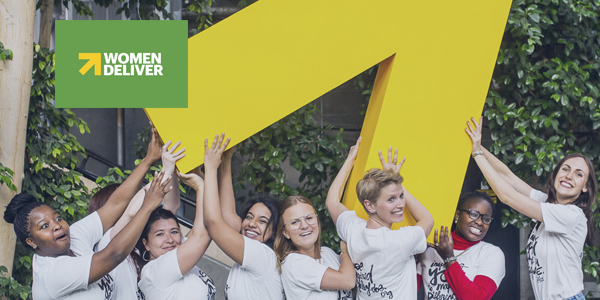 Women Deliver is a leading global advocate for the health, rights and wellbeing of girls and women. Every three years they hold a bold and diverse conference convening thousands of change-makers to identify solutions to drive change for girls and women. They build on the organization’s core belief that when the world invests in girls and women, everybody wins.

This year the 2019 Women Deliver Conference, held in beautiful Vancouver, Canada, hosted over 8,000 attendees from various backgrounds including world leaders, youth leaders, social entrepreneurs, activists, advocates and academics. The group in attendance was joined by more than 200,000 supporters remotely, all coming together to drive progress on gender equality through the lens of this year’s theme: power, progress and change. More than 280 reporters, bloggers, and photographers from 63 countries attended the conference to help put a spotlight on the problems and solutions being discussed.

Faze is proud to have been one of the media attendees, and we’re excited to share some of the positive highlights from the conference.

1) Prime Minister Trudeau announced that the Government of Canada will raise its funding to CAD $1.4 billion annually to support women and girls’ health around the world. That includes an additional CAD $300 million a year dedicated to sexual and reproductive health rights, including access to safe abortion. 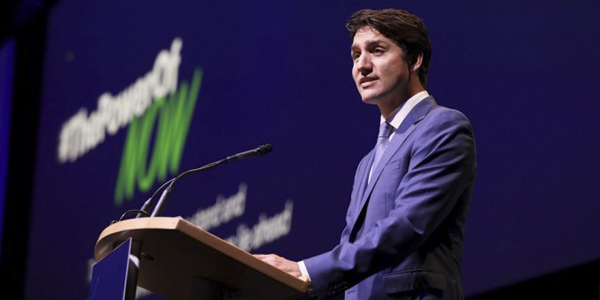 2) The Government of Canada announced that it will work with the Equality Fund — a consortium of Canadian and international organizations with expertise in international development, investment, and philanthropy that are also deeply rooted in, and connected to, women’s organizations and movements. By committing up to CAD $300 million, Canada helped to establish this innovative, ‘first of its kind’ partnership that will contribute to bridging the funding gap faced by women’s organizations and movements working to advance gender equality and the empowerment of women and girls in developing countries. The Equality Fund consortium has already raised 100 million from Canadian and international philanthropic foundations and has the ambition to leverage more than 1 billion in assets working for gender equality.

3) The President of Kenya, Uhuru Kenyatta, committed to ending female genital mutilation by 2022, pushing for more women in parliament and power in general, ending child marriage, acting on climate change, and making primary and secondary education compulsory for all children, regardless of gender. 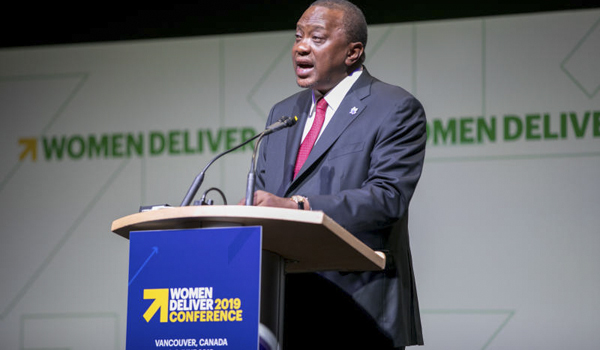 4) The Deliver for Good Business Ally Network launched to promote private sector engagement toward gender equality across the Sustainable Development Goals. Through this announcement, and the work of the new network, Merck and P&G are working alongside more than 400 leading civil society organizations and governments to drive solutions toward a more gender equal world. 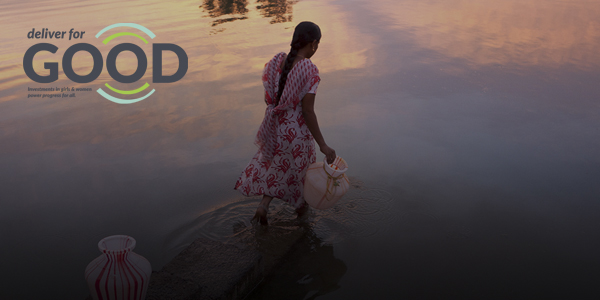 5) The UN Foundation announced new and expansive commitments from ten global companies to improving the health and empowerment of a combined more than 250,000 women workers and community members around the globe.

6) The Global Parliamentary Alliance on Health, Rights, and Development was created – the first ever global platform for parliamentarians to advocate for better health care, expand human rights, and meet the Sustainable Development Goals both in their home countries and abroad. 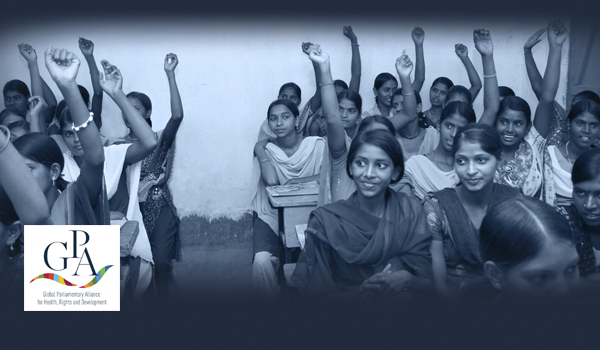 7) A new study was announced, conducted by the Population Council and with Women Deliver, found a strong and consistent lifelong negative association between giving birth before age 18 and a woman’s economic empowerment. This important research adds to the vital evidence base that investing in SRHR could have a positive economic impact. 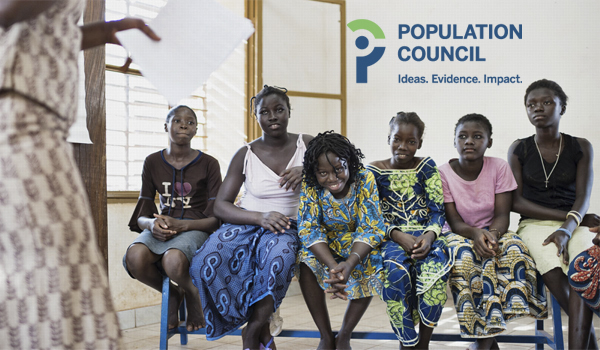 8) Equal Measures 2030 launched The SDG Gender Index, the most comprehensive tool available to measure the state of gender equality aligned to the SDGs. Results from 129 countries measured by the Index show that the world is far from achieving gender equality, with 1.4 billion girls and women living in countries that get a “very poor” failing grade on gender equality.

Overall, countries performed best on issues where coordinated and concerted policy focus and funding has been directed over the past 10-20 years, including on hunger and nutrition, water and sanitation, health, and education. This new tool will help advocates show how investing in gender equality is necessary for sustainable development. 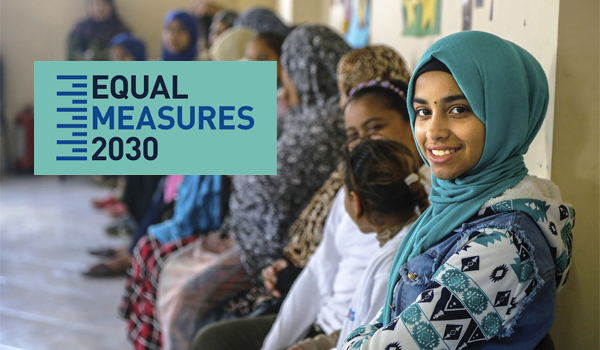 9) Women Deliver, Girl Effect, and the Government of Canada (Global Affairs Canada), announced a new research initiative focused on engaging youth as researchers and advocates around youth sexual and reproductive health and rights. The multi-country project will take place in India, Malawi, and Rwanda and will engage youth as advisors, researchers, and advocates. The new initiative will demonstrate the power of meaningful youth engagement in research. 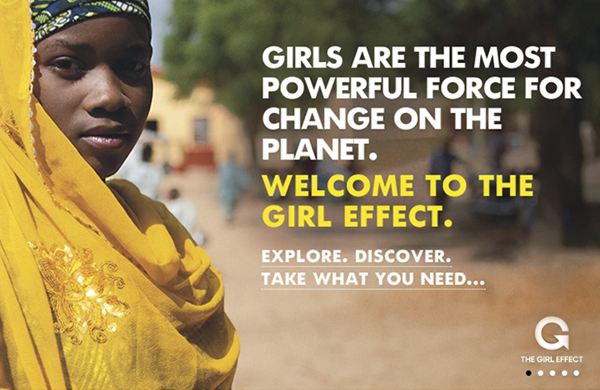 10) More than 90% of conference survey respondents said they were inspired to take action because of the conference, and would go home and do so.

11) From coast-to-coast-to-coast Canada used the conference as an opportunity to discuss gender equality. With events in every region and most provinces and territories, thousands of Canadians have joined the Women Deliver Mobilization Canada campaign over the past year to advance the conversation on gender equality. 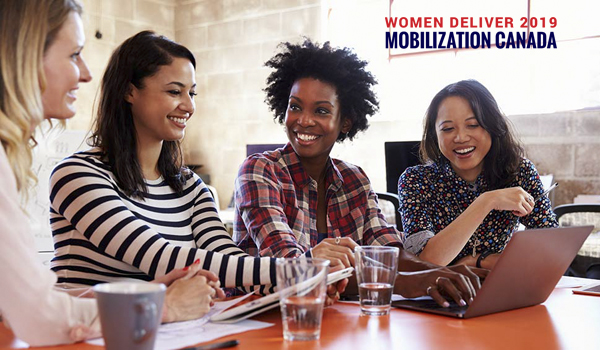 Women Deliver was among the first organizations to promote the investment case for girls and women. They are recognized for impactful advocacy strategies, access to world influencers, participation on key coalitions and initiatives, and building the capacity of young people and civil society.

The next Women Deliver conference will be held in 2022. Sign up for their newsletter today and stay informed!

Hey, Women Deliver, we just want to say a big THANK YOU for all the amazing work you’re doing!