Catch up on the best books of the last couple of years. 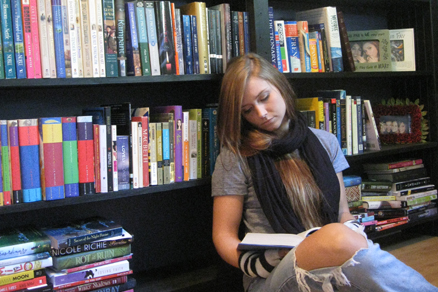 As we put a old year to bed and look to a fresh start when the ball drops, it’s good to reflect on the best of a year gone by.

I make it no secret that our Media Room spread of the magazine is my favourite thing to work on at Faze. I love pouring over new books, chatting with the authors and putting out an article that showcases outstanding works in the YA world.

I’m the type of person who is always carrying around at least one book that I can read (in transit, at the doctor’s office or even while walking down the street—I don’t recommend doing this last one, for obvious safety reasons). I need to get through a lot of reading in order to do my job, but I’m also a bonafide bookworm (nerds, represent!).

However, I know not everyone can make the time to read every book Faze profiles. So, I have come up with a countdown of the 5 must-read YA novels of the year.

These well-crafted words will make you laugh, cry, strike up conversations with strangers in funny hats on the subway about all-important issues of our culture, but above all, they will connect you to something bigger than yourself: the global community of book-lovers.

If you have any time this holiday season, or even into the new year, these are books that should be on your list.

I will commence this countdown now.

#5 – To Be Perfectly Honest
by Sonya Sones 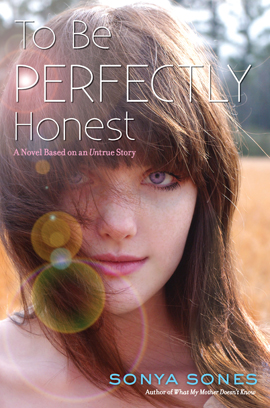 In a nutshell: Collette is a master of deceit. She loves making up stories—some that are close to the truth and some that are wildly impossible. Knowing her mother is a big-time movie star, some have suggested it’s because lies are the only way to get any attention. But Collette just sees it as fun. Although she’s promised to take her friends to Paris for the summer, Collette’s mother changes their plans at the last minute, dragging Collette and her little brother, Will, to a middle-of-nowhere town, for a movie she’s shooting. Now her friends think she was just lying about Paris and won’t talk to her; Will needs constant babysitting; and there’s nothing exciting for miles and miles. Or is there? It seems like she made him up, but motorcycle-riding Connor is older, gorgeous, funny and very real. And he’s interested in her. Collette wants to keep it that way, so she keeps her mother’s identity a secret, not wanting to be overshadowed. But Connor is hiding something, too. Question is, can Collette handle the truth?

What I love about it: Written in verse, instead of the usual prose, this novel takes a little while to get used to the rhythm of constant poetry. But once you do, it becomes this beautiful and natural way to hear Collette’s story. She leads you on so many tangents (i.e. lies), only to bring you back to what really happened. Or, maybe another lie. She keeps you guessing, that’s for sure.

From the author: “I’m a poet first, and a storyteller second. Poetry is such a good way to get to the center and truth of things. It’s the only way I can say what I really need to say. I love searching for the words, not just any words, but the exact right words, to describe a certain feeling or a moment in time. Besides, the idea of writing a novel in regular prose scares me! Maybe someday, though…”

(excerpt from FAQs on www.sonyasones.com) 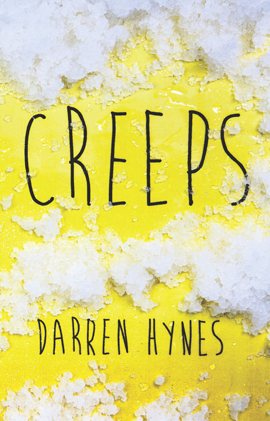 In a nutshell: The new bully on the block, Pete “The Meat,” has declared it his personal mission to make Wayne Pumphrey’s snowy walk to school a miserable trek, in every way he can. And things aren’t much better at home. His mother keeps threatening to leave his alcoholic father, and his sister won’t stop blasting Nickelback. Shorter than most guys his age and into the arts rather than sports, Wayne is just counting down his high school days, hoping to make it through in one piece. Then, one day, Marjorie—the outcast girl with the dead dad—comes to his rescue, and the two form an unlikely friendship. They both get involved in the school play, and things seem a little brighter for awhile. But Pete’s bullying goes to the next level, and one violent act will change things in their snowy hometown—forever.

What I love about it: Wayne. I just want to give him a great big hug and tell him it’s going to be okay. Nothing goes right for this poor guy, but he has so much heart. He never stops feeling or dreaming, no matter how bad things get, so you are rooting for him to stand up for himself the whole way through.

From the author: “Never give up. Notice the world. Be present in every moment. You can’t write if you don’t live.” 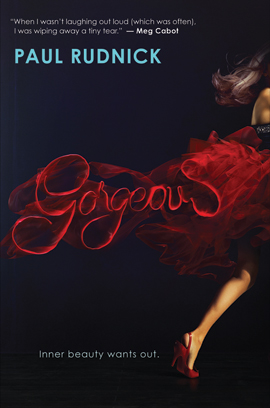 In a nutshell: Becky comes from a trailer park in Missouri. Following her mother’s death, she finds a note with a phone number and is suddenly summoned to New York City to meet fashion guru Tom Kelly. He offers to create 3 designer dresses for her, which will transform her into the most beautiful woman in the world. For one year. In that time, she must fall in love and get married, in order to stay that way. At first she thinks Tom is crazy, but her best friend Rocher convinces her that she’s got nothing to lose. And so, her alter ego, Rebecca, is born.

Rebecca appears on the cover of Vogue, stars in a blockbuster movie and dates Hollywood’s current “it” guy. When Becky is alone, she still sees herself as the small-town girl with bad skin and awkward teen limbs. But when anyone else is in the room, the mirror reflects an image of overwhelming beauty—to Becky and the world. Then, she meets Prince Gregory, heir to the British throne. And she falls for him. Not as Rebecca, but as Becky. Can she convince him to love her back—the real her?

What I love about it: It’s a rewriting of the classic Cinderella fairy tale, but with the most hilarious characters. You will laugh throughout this whole book.

From the author: “I love being a writer, because I don’t need to go to an office or buy a lot
of special equipment. I write my first drafts in longhand, on a yellow legal pad. I love that each new project is a completely fresh challenge. All of this can also be scary; I’ve written and polished entire manuscripts and then burned them. But I guess most of all, I treasure the freedom of being a writer. When it’s just me and my legal pad, at least in my imagination, I can go anywhere.”

#2 – If You Could Be Mine
by Sara Farizan 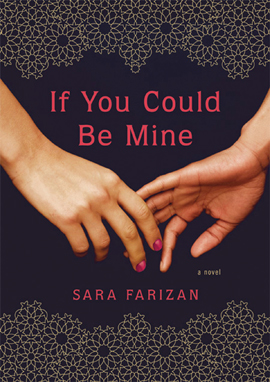 In a nutshell: Sahar is in love with her best friend, Nasrin. It should be a beautiful thing. But in Tehran, Iran, two girls in love means nothing but danger for them. If anyone finds out, they could face beatings, prison or even death. So they have kept their love a secret for many years. Now that she is 17, Nasrin’s parents have announced that they’ve arranged for her marriage. While Nasrin reluctantly accepts that this is the way it has to be, Sahar is broken hearted and searches for a solution, a way to stop the wedding. Then she finds it. In Iran, to be gay is a crime, but to be trans-gender is viewed as a mistake of nature. The government allows and even supports sex reassignment. If she were a man, Sahar could legally marry Nasrin. But can Sahar really give up who she is for the one she loves?

What I love about it: We live in a society where we are free to love whomever we want; this story brings to life the fact that there are so many places without those liberties. And it makes you wonder: What if you couldn’t be with the one you loved? Not because he or she didn’t love you back, but because it was forbidden. Would you face jail or death or change your identity to be together?

From the author: “Read as much as you can. Write as much as you can, even if it’s not great it will lead you to something else. Tell the story that is important to you even if you think no one would be interested in reading it because believe me, someone is.” 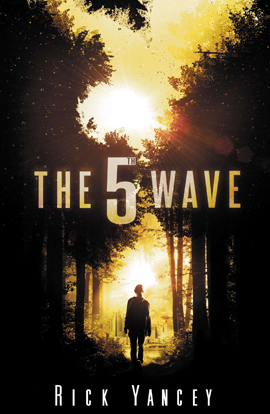 In a nutshell: Earth has been invaded. The first wave of destruction hit, and all the power was turned off. Next, the second wave wiped out most of the world’s coastal cities. The third wave brought an incurable plague. The fourth wave saw survivors being slowly targeted and eliminated. It’s now clear that the aliens’ goal is extermination.

Cassie has lived through all four waves. Her parents are gone, and her little brother was taken. When you’re alone and running for your life, there’s only one rule: trust no one. So when Evan Walker rescues her, she doesn’t know what to think. Is he really the hero that he seems to be? Cassie must learn to trust again, in order to save herself, her brother and possibly the human race.

What I love about it: You don’t have to be a sci-fi fan to fall in love with this story, because it’s less about aliens and more about what it means to be human. It asks the all-important question to both species: What would you do to survive?

From the author: “The actual composition of the first draft took about five months but, like all my books, the idea slowly grew over a span of years. Writers must be patient gardeners.”