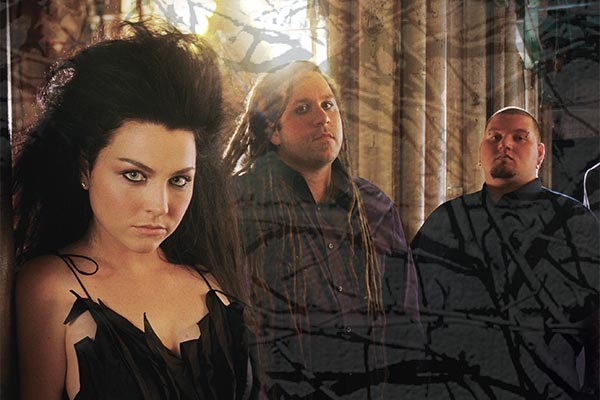 In the masculine, testosterone-fuelled universe of rock, singer-songwriter Amy Lee fits right in.

She brings her goth girl self to the table and to the recording studio, no questions asked. The co-founder and lead vocalist for Evanescence lets her unrelenting strength and sheer determination push through an intoxicating downpour of adrenaline-amped guitar riffs with her soothing, classically trained piano stylings.

Evanescence—with Terry Balsamo and John LeCompt (both on guitar), Will Boyd (on bass), and Rocky Gray (on drums)—brings to the forefront heart-pounding musical compositions fronted by Lee’s ethereal yet reality-crashing vocals. With the debut of their sophomore album, The Open Door, set to bombard stores on October 3rd, Lee contemplates the journey that led her to this point of selfrealization. In the commonly prepackaged, pre-scripted, pre-authorized, and heavily styled world of musical “geniuses”, Lee stands out, simply because she realizes that it’s worth going on your own. Her mantra: Trust yourself. Believe in yourself. 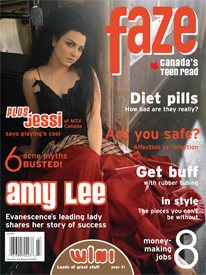 In keeping with their tradition of supreme independence, the Little Rock, Arkansas, band didn’t follow the tried and tired route to becoming a stadium pleaser. Ten years back—while others were busy tweaking their teen angst— then 14-year-old Lee and former co-founder Ben Moody paired up and focused their energies on creating a new sound. They decided to go on their own and build their band up slowly and fiercely. “The two of us would buy gear and record crappy demos and make a sound. A lot of bands would get to where they are by playing live shows. We didn’t do that.” Blazing their own trail, Evanescence slowly built their lineup and started experimenting with their sound before playing the occasional small show.

Fate didn’t come knockin’, but rather it practically blew the door off its hinges in the spring of 2003 when Evanescence’s debut album, Fallen, hit the airwaves. And it hit hard. Fallen sold more than 14 million albums globally, spent over 100 weeks on Billboard Magazine’s Top 200 chart, and was certified gold or platinum in over 35 countries. Oh, and one more little thing: in 2004, Evanescence was nominated for five Grammy Awards. They snapped up two, including the biggie, Best New Artist, gleefully beating out heavyweight 50 Cent.

And the Grammy experience? “It feels like you are in high school collecting all of your awards at the end of the year. Only this time you have Pharell sitting in the audience,” Lee laughs. “I really appreciate those who took the time to understand our sound. I was stoked.” When she heard their name called, “I didn’t expect it,” Lee remembers. “I had my shoes off, so, of course, had to put them back on.”

And the name? “We just picked it randomly,” Lee mused. “We wanted a word that is not heard in everyday life, something unique and original to us. It gives a visual picture.” For those hardcore Scrabble players, evanescence means “a dissipation or disappearance like vapour.” (Just thought you’d like to know.)

Now armed with their second album, set to debut this fall, and its first single, with the priceless title, “Call Me When You’re Sober,” Lee talks about her natural growth as a female artist and coming to terms with her artistic freedom. “I didn’t want to make the same album twice. Terry really pushed me to better 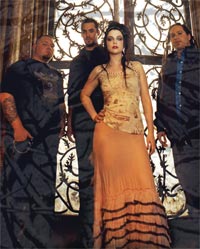 myself and to not be afraid. Before, I was holding back for security. And now I was allowed to grow and that gave me confidence as an artist.” Under the watchful eye of longtime friend and producer Dave Frontman (Bif Naked), Lee’s unrelenting fearlessness is evident in the new album, which explodes with unconventional experiments on an epic scale, combining hard rock, gothic flair, and classical flavours, bringing a whole new sense of music to the surface.

The lyrics explore truth, consequence, redemption, and the sweet taste of empowerment—sentiments that mean the world to Lee today. “I don’t have anything to prove. I don’t have to prove what my sound is like. I’m not afraid to say what I want to say anymore.”

Lee’s unwavering sense of self transcends to her unique fashion style. Lee calls it “spooky cute”. Sitting cross-legged on the sofa in her black Ben Sherman skirt, Lee proudly points out her own personal touch: an intricate cupcake she sewed on herself. The outfit is topped off with a grey T-shirt (complete with little red hearts across the front) and a simply fabulous pair of kitten earrings. “I love Victorian fashion, the goth look, and mixing it up with something fun. For me it’s all about fun.”

Now, with The Open Door on its way to an iPod near you, as well as a club/theatre tour in the fall, Lee, at the ripe age of 24, is a well seasoned artist who knows exactly what she wants. As to her advice for women trying to break into the biz, she stands firm. “You have to feel what is right in your heart. If someone is telling you to do something just because it’s good for business, it’s a lie. Just trust yourself; it may take longer, but not everybody knows what they are talking about.” 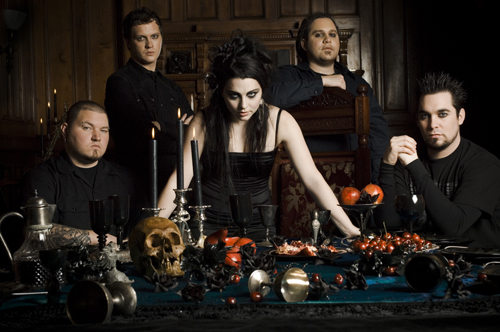 What’s on your iPod?
Our album! I can’t help it, it gets me excited about what I’m doing. And the new Beck song, “Girl”. It’s really cute.

What’s your favourite golden oldie?
“Everything She Wants” by Wham! (An oldie
for me is something from the ’80s.)

What’s your guilty pleasure?
“Everything She Wants” by Wham! (laughs)

Favourite reality show:
I would rather watch the static on television than watch a reality show.

What are the perks of the business?
Getting into Nobu [the hottest sushi stop for celebs and the like] at the last minute.

Biggest pet peeve:
People who think they are so cool because they are famous.

What do you do in your spare time?
Play with my cats.

Most memorable part-time job:
Animal control. I was like a janitor. I would clean up cat poo.

Most regretted fashion moment:
I went to the Video Music Awards in Miami and it was really hot. I wore this short skirt with fur winter boots. I looked stupid. I’m making myself a wall of my worst-dressed moments; I’ve got three and I’m working on
three more.

What three things would you bring to a desert island?
My piano and my two cats.

Words of advice:
In this industry and in life, you have to trust yourself. Do what feels right in your heart.