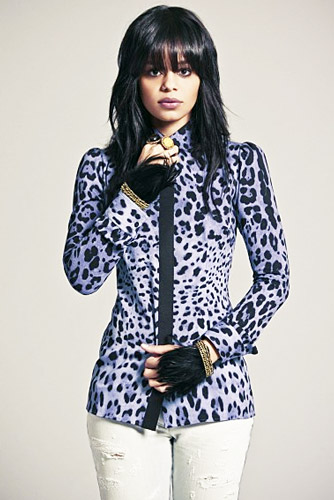 Flashback to 2003, when tweens (myself included) rocked out in their bedrooms, blasting “Bye Bye Boyfriend”.

Fefe has come a long way. Her fourth album, Firebird, is in the works. “For me, it’s the most honest album. Not just lyrically, but in the way I hear things musically,” she says. “It sounds exactly how I feel the soundtrack of my everyday would sound like.”

The album features singles including “Legacy” and “In Better Hands,” as well as the Canadian Olympic track “Celebrate.” Being a part of the Olympics was something she always dreamed of. “When I finished ‘Celebrate,’ I remember calling my manager and telling him that this song has to be used in something with the Olympics. It needs to happen.”

And it did. “I put that in my vision board. I remember writing it in my journal being like, this is something I want to see happen,” she says. “It was unbelievable.“

Although, as with every success, there are bumps along the way. For Fefe, it’s all a learning experience. “You learn where not to fall and you learn how to fall,” she says. “You actually learn how to fall gracefully after a while when you keep doing it.”

During her journey in the music industry, Fefe found love. Engaged to American rapper YelaWolf, she’s excited about where she is in life. “I’m finally in love and I’m very expressive about it. My whole Firebird album is inspired by the man I’m going to marry,” she says. “It’s a good feeling.” 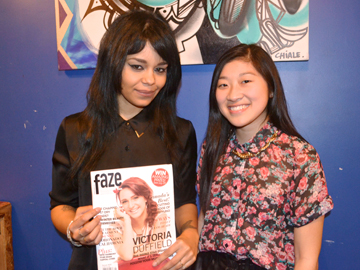 She advises young, aspiring musicians that originality is key. “The more unique and quirky you are, the more interesting you are [that will lead to success]. And that’s by being who you are. Don’t be anyone else but you,” she says.  “And be patient. Not everything happens overnight. It’s a lot of hard work and a lot of dedication. This industry is one of the biggest roller coaster rides of anyone’s life. It can beat out any ride at Canada’s Wonderland.”

For Fefe, music is everything and she wouldn’t be doing anything else. “My heart only knows so much and it knows music,” she says. “That’s just the way I’m built.”