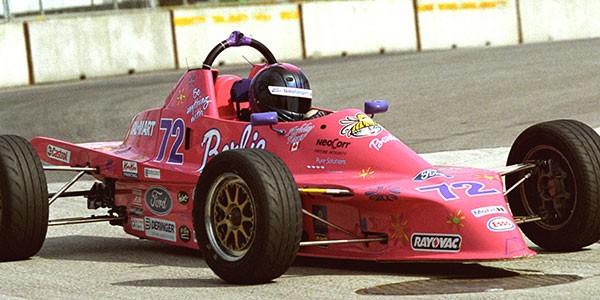 Ashley Taws is 19 years old and drives a pink Barbie racecar for a living. She became the first woman in Canadian Formula Ford Championship history to capture the pole position —ahead of 20 frustrated, testosterone-filled male drivers. She makes the slogan “Be Anything With Barbie” a reality.

Ashley, a native of Newmarket, Ontario, began racing at the age of nine when her dad bought a go-kart for her and her younger brother, and she hasn’t taken her foot off the gas since. 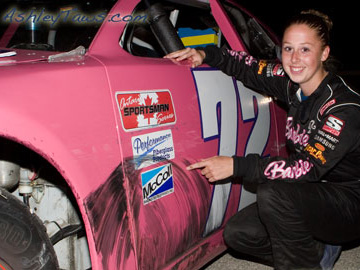 However, having her most prized possession stolen a year and a half ago did slow her down, but only for a few days. “I was in disbelief. Everything was gone,” she says. “A bunch of racers and crew were staying at a motel and when we woke up in the morning everything was stolen. Our mechanic was devastated. He worked on those cars everyday, they’re like his babies.” Thankfully, the car was recovered in a few days, although it looked like someone had roughed up the Barbie mobile just a little bit. “It turned out it was someone who raced. My car was found in a cornfield with a little damage on the front, but I was really lucky to have gotten it back.”

Then, last November, Ashley experienced every driver’s nightmare— she was in a traffic accident that left her with a broken spine and nerve damage in both knees. “It was pretty scary,” she says. “I don’t remember much but it was like going 110 and hitting a brick wall. I was in the back seat. The impact crushed my legs and my internal organs were damaged. When I got to the hospital they had to do major surgery to stop the bleeding. The doctors weren’t sure if I would be able to walk.”

Fortunately, things have gotten better and Ashley is on the fast track to recovery. Her leg is in a brace and she is undergoing physiotherapy three times a week. Unsurprisingly, Ashley finds it hard to sit still and is again feeling the need for speed. She has announced that she hopes to hit the track’s asphalt by August of this year. 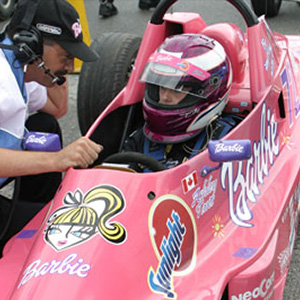