Attiya Khan talks with us about her documentary film A Better Man and reflects on her experience with intimate partner violence. 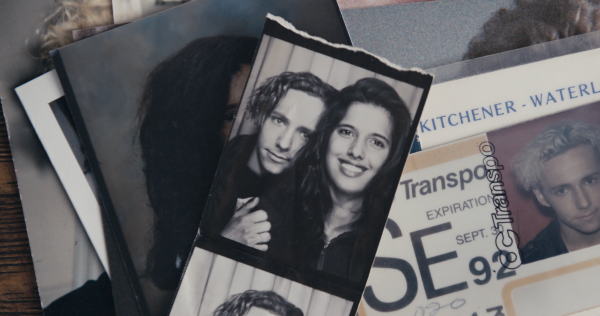 Old photos of Steve and Attiya Khan show the couple looking happy and in love.

Attiya Khan was sixteen when she met Steve, and it was love at first sight. Steve was funny, stylish, interesting, and cool. He had an energy that drew people to him.

What Attiya didn’t know was that he was also abusive.

Steve assaulted Attiya every day for two years until she was finally able to escape. Twenty years later, Attiya was still dealing with the trauma. She needed closure; she wanted to know how Steve remembered their relationship and if he was ready to take responsibility for his violent actions. She asked if he would meet with her.

Not only did Steve say yes, but he consented to having their meeting filmed.

The footage became the starting point of the film A Better Man, which documents a series of conversations between Attiya and Steve—several of which are facilitated by a therapist. The film offers a fresh take on intimate partner violence, prompting us to consider the healing that is possible when men who have used violence are provided the support they need to undergo meaningful change.

We interviewed Attiya about her film, and she took us back to where it all started: her relationship with Steve. 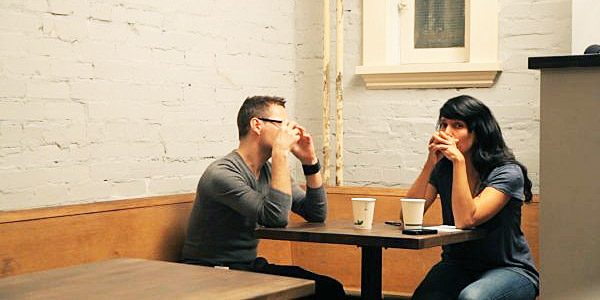 Steve and Attiya Khan sit down for the first time in 20 years since Attiya escaped the violent relationship.

You have talked about how Steve was your first real boyfriend. Did you recognize that your relationship with him was unhealthy? Did you think that abuse was typical in a relationship?

I never thought my relationship with Steve was healthy, but I did believe it was normal. This was partly because there were many times when people witnessed him being verbally or physically abusive, and no one said or did anything. When people didn’t intervene, it reinforced the idea that I deserved the abuse.

How soon after you met Steve did he begin to abuse you?

Steve started abusing me (verbally, emotionally, and physically) within the first two months.

When you first got together, did any alarm bells go off?

Alarm bells did not go off when we first started dating—I had not learned about the early signs of abuse. If I had known, I would have noticed how I soon stopped seeing my friends—Steve talked about wanting to spend time with just me because he loved me so much. He would sometimes put my friends down. He was jealous of anyone I spent time with. He also wanted to know where I was at all times. In school, he followed me to make sure I didn’t talk with or look at anyone between classes. He’d comment on how I dressed so that I felt insecure and ugly.

Did Steve ever apologize or promise that he would change?

Steve promised he would change after every incident of abuse. I do believe he wanted to change, but he didn’t know how to—which is why he continued to hurt me.

How did the relationship affect your self-esteem?

It did not take long for my self-esteem to plummet. I believed that I was no one, worthless, ugly, and unlovable. When you are isolated, and the only person you have contact with says these things over and over again, you start to believe them.

In the film, you visit your old high school. You talk about how one of your teachers, years later, remarked that she was so glad you turned out okay. But when you were going through the abuse, she didn’t attempt to intervene. What difference would it have made if she had talked to you about her concerns?

I think it would have made a huge difference, because it would have showed me that she cared—that someone cared. My teacher could have brought it up with the principal, and they could have figured out a way to support us both. We both needed help. I didn’t know that there were services that could have helped me, like counseling, shelters, or a confidential hotline for people who experience abuse. I can’t say now if I would have used any of these services, but knowing they existed would have emphasized that what I was going through was not okay and that there was help if I wanted to leave the relationship.

The abuse began under your parents’ roof, and it continued for two years. Did anyone notice and try to intervene?

I had a few friends and strangers who intervened, and I will never forget them. The interventions people took may seem like small acts, but they meant the world to me. I remember hearing the words “You don’t deserve this,” and “You can have a relationship where someone doesn’t physically hurt you or say bad things about you,” and “I am here for you if you need anything.” My self-esteem was very low, and I believed it when Steve told me that no one else would ever love me. So I needed to hear these types of positive statements from others over and over again to believe them.

The truth is, most people didn’t intervene. They looked away, pretending not to see. Some people laughed. Some just watched. Some of his friends encouraged him to hurt me more. It was very hurtful when people didn’t do something.

Intimate partner abuse is often seen as a private issue. People may feel like it’s not their business. But it is. It’s a pervasive problem, and because of the silence surrounding abuse, it happens much more often than we would like to admit. It is our responsibility as members of our society to provide safety to those who need it.

Some people don’t intervene because they don’t know what to do. Our website has tips for how to intervene.

How should someone approach a friend who is experiencing violence?

Try to listen and offer support. Let them know you are there for them and will continue to be there for them. Ask them what they need rather than tell them what you think they should do. For me, hearing the words, “You don’t deserve this,” was what eventually gave me the confidence to leave Steve. Our website has advice for how to talk to someone who is experiencing violence.

What should someone do if she suspects that a friend is using violence?

Discuss your concerns with them and encourage them to change their behaviour. Let them know you are there for them if they want to talk. Speak up if you witness them physically or verbally abusing their partner.

How were you able to escape your relationship with Steve?

It took a group of friends who intervened to actively and consciously become a part of Steve’s and my life. These friends went to our school, and they noticed that I was being hurt by Steve. They decided to hang out with Steve so that I could have some time on my own, which gave me the chance to process what I was going through. Over time, they were also able to steal moments alone with me. During these moments, they would tell me that I deserved to not be hurt and that they would help me if I wanted help.

After you got away from Steve, did you fear that he would track you down?

I did fear Steve after I broke up with him; the time that a woman leaves a violent relationship is often the time she is most at risk of being killed by her abusive partner. A week after I broke up with Steve, I started a new job at a club. He watched me all night. When I left at 2 a.m., he was outside waiting for me, and he chased me and physically assaulted me. I was able to get away. After that incident, I was terrified for years that he was going to hurt me.

What needs to shift in order to end the cycle of violence?

We need to offer support and try to help both people in an abusive relationship. We need more funding and services for both people who experience violence and those who use violence. We need to talk about unhealthy and healthy relationships with our parents and family and learn about this in school. People need to intervene, provide support, and care for people who are experiencing violence. People need to also care for and help people who are using violence by speaking up, modeling healthy relationships, holding them accountable for their violence, and researching local services that can help them toward nonviolent lives.

A Better Man: Shifting The Conversation On Violence Against Women

Since its debut at Hot Docs in April 2017, A Better Man has been screened across Canada and the United States. The film has shifted the conversation about intimate partner violence, providing a forum for men to examine, discuss, and take responsibility for their own harmful behaviours. It has also sparked discussion about how each of us can play a role in challenging domestic violence.

Whether you’ve seen the film or not, you can visit the website for valuable resources. You’ll find learning tools, a discussion guide, a glossary, a list of support services and awareness groups, and tips for people who have experienced violence, used violence, or know someone in a violent relationship. The interactive companion to the film, It Was Me, features the stories of men who are working to stop using violence against their partners.

To see A Better Man, visit the website to find or book a screening in your community.