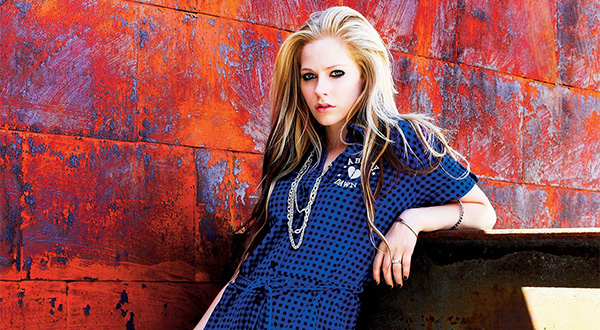 Unless you’ve been hiding under a rock for the past few years, you already know who Avril Lavigne is. Chances are you’ve been caught humming along to such infectious tracks as “Sk8er Boi,” “Girlfriend” and the classic “Complicated.” We were on the Avril bandwagon early, even before her songs made it to radio, and Faze Magazine ended up being her first major media interview and and Avril’s first international magazine cover. She went on to be on the cover of three different issues of Faze from 2002 to 2010, an all-time record!

But the multi award-winning singer is branching out in a brand new direction this year, launching a clothing line called Abbey Dawn that embodies her skater punk style. 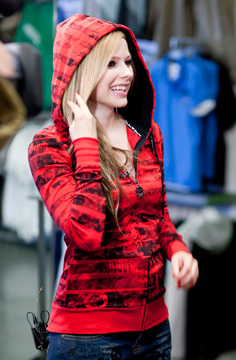 “When I would shop, I’d find it difficult because I like really crazy pieces, pieces that stand out,” Avril tells Faze. “What’s great about this line is that it has all those pieces….I didn’t want anything to be standard.”

If that’s not enough Avril for you, she also has a new fragrance called Black Star and an album in the works for release in 2010.

So how does the star balance acting, singing and designing with her personal life? “If I was ever overwhelmed with my work, I would slow it down. But I have a good balance in my life at the moment.”

The line will be available at Boathouse in Canada, and Avril says it is perfect for “anyone who likes stuff that is edgier, or likes to express themselves through fashion.”