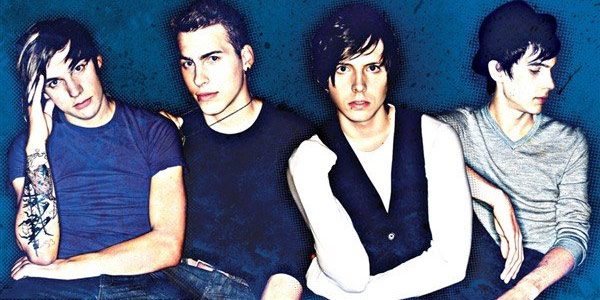 Before SASS—School Alliance of Student Songwriters, that is—the music of The Latency was just a dream in the minds of a few high school students. When the tour came to their school, band members met Tommy Mac of Hedley who “immediately recognized the talent of the band” and went on to produce their first album.

Now with a hit record under their belt, including singles “Tonight, I Love You”, “Kids” and (my favourite) “Fork in the Road,” The Latency decided it was time to get back to their roots and become a part of the program that started it all. Faze got a chance to chat with The Latency’s vocalist Brandon about their adventures on a music tour with a different purpose in mind. 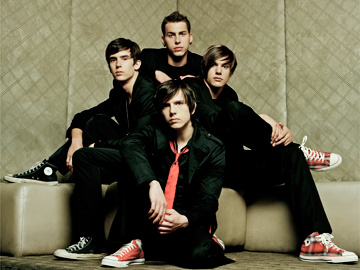 FAZE: Can you tell us a little bit about SASS and how you guys got involved?

BRANDON: The program started out here in Ontario and moved over to B.C. We were involved in the program (myself and our guitarist and bassist) when we were about 16 years old, out in B.C. Basically, it’s a program that goes into high schools and creates the creative environment for students to come in and express their music. They also make connections for the students to [meet] people in the industry. That’s how we met Tommy Mac—who is our manager—because he came in as a guest speaker into the class one day. And that’s how we met him, and that’s how everything jumped for us. So, we wanted to get back together with the program and kind of try and give back, because they helped us out so much.

FAZE: How has the tour been going for you so far?

BRANDON: It’s been unbelievable! It’s a little weird at first, ‘cause the shows are during day, so it almost feels like a 9 to 5 job, which is kind of strange for musicians. But it’s been amazing—the performances have been so much fun and meeting all the kids afterwards has been so much fun, seeing how stoked they are on music and just on everything. So it’s been good so far. 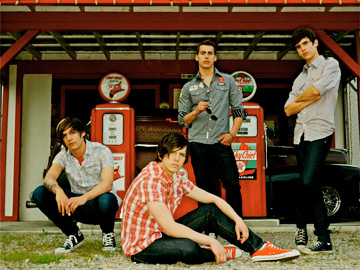 FAZE: How has being a part of the program, from the opposite side now, affected your music career?

BRANDON: We’re in the process right now of writing our new album and it’s actually helped, because now that I’m out in Ontario, I have writing sessions with a bunch of guys out here, to start writing for the new record—which I probably wouldn’t have been able to do if we weren’t already out here.

FAZE: So the next album is just in the early stages?

BRANDON: Yeah, just getting slowly put together now… Once we’re done this and we do the Faber Drive tour after this, and then I think we’re going to take some time off and put together the next album. 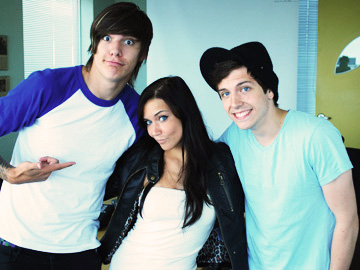 Guys from The Latency with Faze girl Dana Krook

Be sure to check out the SASS website–to see if the tour could be coming to your town–and enjoy a little of The Latency with their new video for “Fork in the Road.”