Becky G made her Canadian debut as she headlined Family’s Big Ticket Summer concert series. “I’m pretty excited and honestly, the part I’m most excited about is performing new music. I’ve been working really hard this year in the studio.  I will have a whole new show ready for everybody with lots of energy,” Becky explains. “And of course, I’m so excited to meet all my fans.  I have so many fans over there in Canada.  It’s going to be so cool to meet a lot of young faces and put on a show for them.” 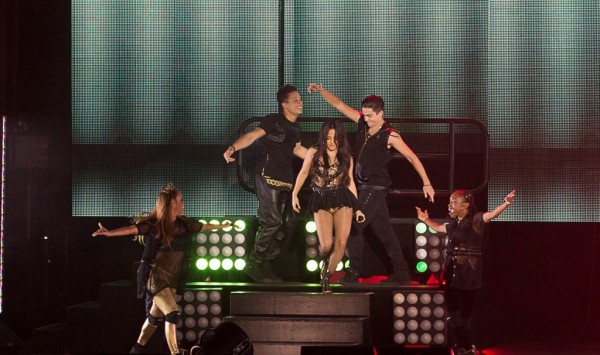 Becky G gets a lot of recognition for her fierce and unique vibe, but more recently she has been making headlines when her single “We Are Mexico” was released in response to Donald Trump’s controversial remarks against immigration from Mexico and Latin America. “I wrote it around two years ago with some other really awesome writers in the studio, and it’s just a song that I had and meant so much to be but we never found the perfect opportunity for it,” she explains. “The truth is, if it weren’t for my grandparents being brave enough to come to another country, learn a new language, find jobs, give the best schooling to their children and take care of their family, I wouldn’t be living my dream today. So I put that out there so that people could acknowledge that.”

It took a lot of confidence for Becky G to stand up, and speak up, for what is right and she encourages everyone to find the confidence in themselves as well. “ I think that’s the most important thing, but it’s also the hardest thing, especially being this age because you’re figuring out who you are, what you want to do and who you should surround yourself with,” she shares. “A few important things to do is to surround yourself with good people who help you to see the best in you, and want only wants good for you. Love yourself for who you are who you are, which is also really hard to do when you’re growing up. For me, my best example is my gap. I’ve learned to love that about myself, and it’s probably never going to go away, but it’s all about learning to see the beauty in your imperfections.” 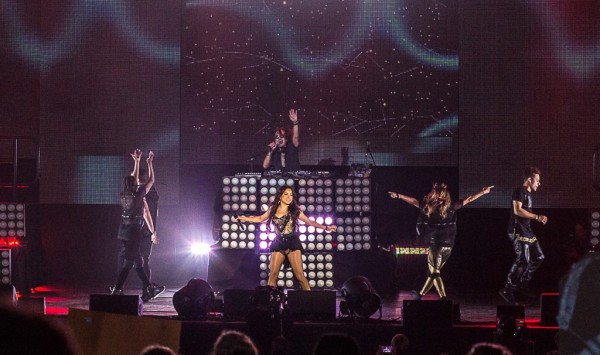 While watching her perform her songs live in Toronto, the anticipation to listen to Becky G’s new album became extremely high!  For now, though, we have her latest single “Break a Sweat” which will definitely get you amped up for a hard day, or tough workout. Becky says, “I love this song so much – it’s one of my most proud songs so far because it was the most challenging vocally, and when I listen to it I’m really proud of myself for hitting those high notes. I’m working on the album, shooting a music video for “Break a Sweat” and I’m on tour so catch me in a city near you!”

Becky G shared her summer must-haves backstage before she hit the Big Ticket Summer stage. Check it out!

Didn’t get a chance to see The Big Ticket Summer concert live? Or perhaps you were there and you had so much fun that you’d like to see it again. Well, you can! Tune into the Family Channel on Friday September 25 at 7:30pm.