A weekend teaser video promising big news from Beyoncé on Good Morning America had fans up early and glued to the their televisions Monday morning. Unfortunately we did not receive the big announcement we were waiting for. Some bets were on a sibling coming for her three-year-old daughter Blue Ivy or a new studio album with husband Jay Z. The big reveal, however, was that she’s in love with Marco Borges’ 22-day vegan challenge, which has helped her keep weight off.

“I am not naturally the thinnest woman. And I have struggled since a young age with diets. And finding something that actually works for me and actually keep – keeps the weight off has been difficult for me.” – Beyoncé

Needless to say, some fans aren’t happy with their Queen Bey. Several members of the Beyhive took to Twitter to show their disappointment because it kind of sounded like a plug for Borges’ vegan diet. Some fans even took to Instagram to spam Bey’s photos with emojis of fast food items like French fries, hamburgers, chicken thighs, donuts, cakes and more. 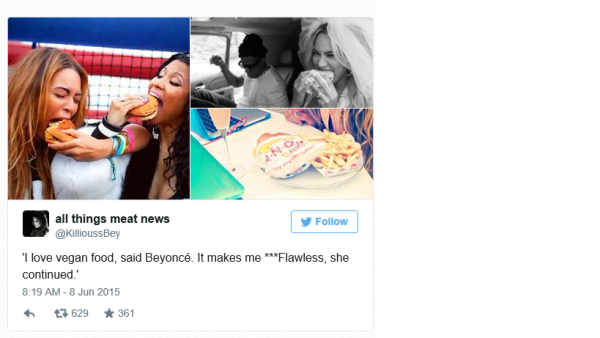 Putting the early Monday morning wakeup call aside, if going Vegan is what really worked for Beyoncé then maybe we should all take a closer look at this diet. Here’s a quick breakdown on what the vegan diet includes:

The diet doesn’t sound too harsh, right? Even though Beyoncé is Queen Bey, she’s definitely not the first vegan. She’s joining huge list of celebs who indulge in veganism like: 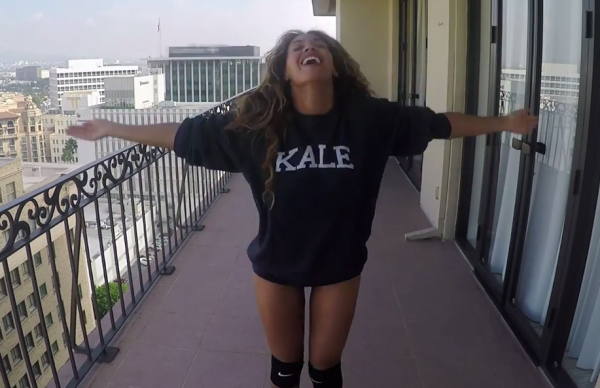 If you want to know more about the vegan lifestyle from someone who’s made the change, check our interview with animal-loving and free spirited Phoebe Dykstra.