When solo artists Moka Only and Evil Ebenezer teamed up to create ZZBRA, their creativity ran WILD. 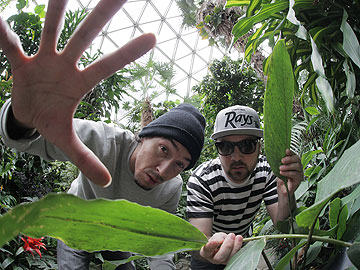 Secluded in Moka’s home-studio, the duo was, “pumping out a song a night,” says Evil as he discusses the compatibility between the pair.  “We’d put on a beat [and] we’d write together. ”

Produced by honorary third member and “visionary” Stuey Kubrick, the ZZBRA artists have had no trouble transitioning from their solo acts into a group. “I’ve always been a team player,” explains Evil. In terms of making decisions, “I just want what’s best for the music.”

ZZBRA aside, Moka and Evil have their hands full with additional projects. “I’ve got a brand new album that I haven’t even announced to anyone yet,” Evil reveals. And with the sixth part of Moka’s Airport album series dropping, these boys have no down time. “I go home after the tour and go straight to work,” Moka explains, “but that’s what I like to do. That’s my pleasure. My pure passion is to work every day.” 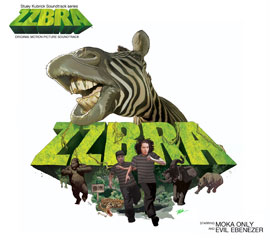 For budding artists looking for the key to success in the music industry, Moka offers up some words of wisdom. “Having a positive outlook is so cliché,” he admits, “but it’s the only thing that works. You have to know that you’re going to make something out of [yourself].”

As if tackling the music industry isn’t enough for them, Evil lets us in on another dream of his. “I used to act when I was younger,” he says, “I’ve been so focused on music, but if I saw the right script…”

Leaving us in suspense, we can definitely say that we wouldn’t be opposed to seeing one of ZZBRA’s own on the big screen. Worried they’re dipping their feet into too many pools? Exhale a sigh of relief. “ZZBRA is [still] a big focus,” Moka reassures us. “We’re going to keep pushing it as long as we can.”