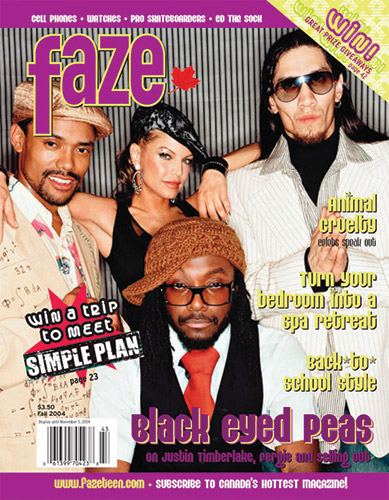 While creating a chart-topping hit is considered to be a dream come true for most bands, for a group that pride themselves on their underground, socially-conscious hip hop style, the members of Black Eyed Peas are aware that the next steps they take will be crucial to carving their spot in the music hall of fame or shame.

Members Will.I.Am, Apl. de Ap, Taboo and Fergie recall the days before the BEP hysteria began. Celebrated break dancers, Apl. de Ap. and Will.I.Am. were eighth grade students in L.A. when they met in 1989 and formed their first band Atbann Klann. Their first record deal came in 1992 when the group landed a deal with Easy E’s Ruthless Records, but the death of Easy E left Will and Ap without a record deal.

Then in 1995 they recruited Taboo and went on to form BEP. Their first major label deal with Interscope Records in 1998 marked their debut with the album Behind the Front. The group’s tag was three MC’s rhyming in front of a live band with an “organic and up-tempo groove”. It was their second album, Bridging the Gap that would establish the group in the underground hip hop scene as the predecessors to A Tribe Called Quest and De La Soul.

The last member to join the group was Fergie, who started her career as a child singer and actor on commercials and variety shows on TV. She finally joined BEP after a brief stint with another band, Wild Orchids. 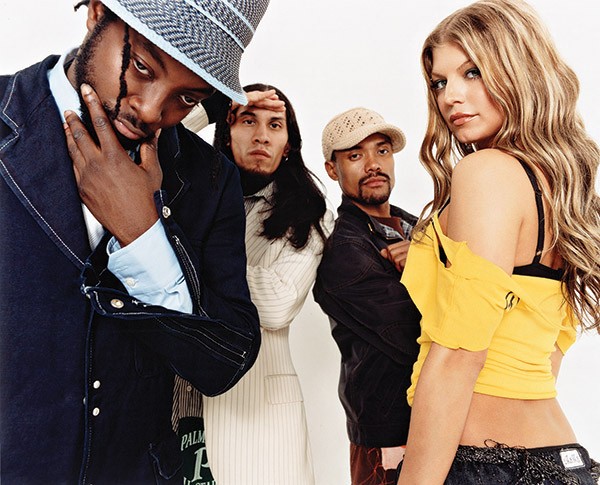 It would be a chance encounter with Justin Timberlake that would open the doors to the mainstream audience for BEP. Taboo met Justin in a club break dancing circle and exchanged phone numbers. Then Justin would go on to collaborate with the band on the single, ‘Where is the Love?’ and make pop music history.

“At the time, nobody was checking for Justin,” says Will. “He had N’Sync written all over his face. He was not cool in the urban world, not hip, not creative, not groundbreaking. I was like, why are we going to put Justin on ‘Where Is the Love?’ You put Justin on it, you’re going to mess it up!”

‘Where is the Love?’ Went on to occupy the no. 1 spot for 6 weeks in the UK and earned BEP nominations for Best Pop Act and Best International Group at the Brit Awards. Will, surprisingly, doesn’t mind having lost the Best Pop Act award to the group, Busted. “I’d have been in a tough place if we’d won that one,” he points out because BEP spawned plenty of flack from the underground hip hop world for adding a female member and collaborating with a mainstream artist like Justin. BEP has been on the receiving end of critics and other underground artists who have accused the band of selling out because they chose to diversify and be different from regular hip hop. Many artists have pegged the band as “sellouts,” a literal blackball in the eyes of the creative community. 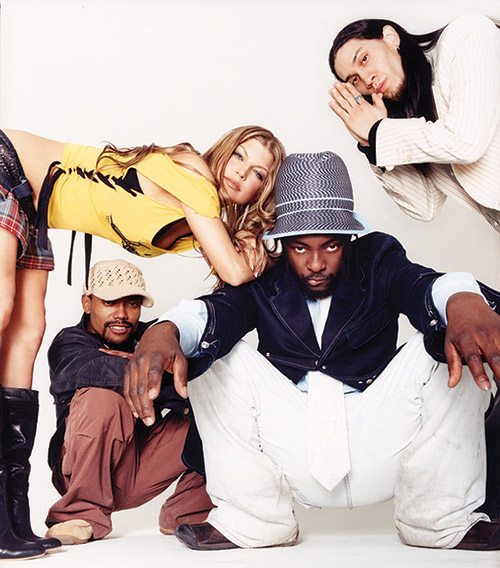 “All that ‘sell-out’ stuff comes from the same people who held us close to their hearts for our first two records,” Will responds. “And they call it ‘sell-out’ for what reason? Because we have a white girl in our group now? I don’t think that just because one day you do a jazzy record and then you do a funk record means you sold out. It just means you like music and you’re trying to dabble in every ray of colour in the music world.” 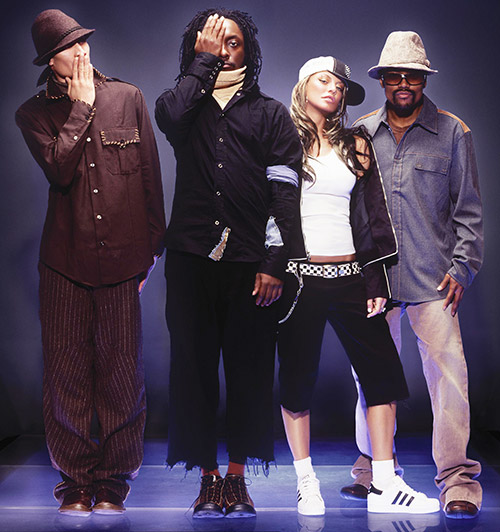 Although the group had gained a cult following within the industry from their second album, the mainstream audience was yet to hear about BEP. During that time, Taboo and Ap were struggling with addictions and Will was suffering from depression. After finding themselves at the brink of being dropped by their current label, A&M, the group fought to find their way back. They all began to see therapists and threw themselves into their third album, Elephunk.

Ironically, what they thought would be their last album would be the one to spiral them into the pop world and directly into fame. “If this was going to be our last chance, we wanted to make an album that described who we were. We thought, let’s write songs about our relationships, the world, our anxieties— let’s make the most of this,” says Taboo. 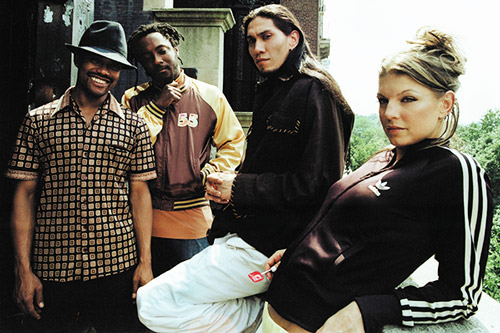 Check out the official Black Eyed Peas site and “Where Is The Love”, the song that got it all started.