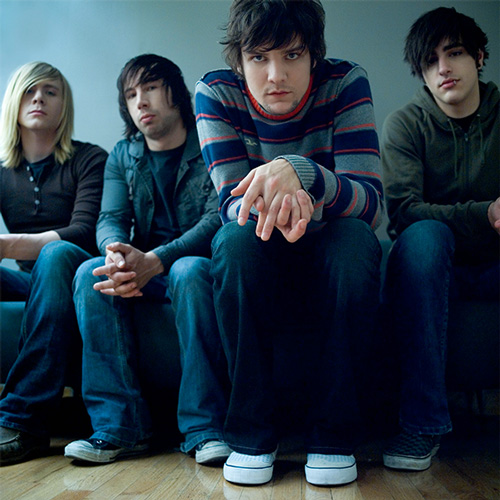 And girls like these boys too! Especially Taylor Swift, who recently collaborated with the band on “Two is Better Than One,” which rocked the airwaves.

The collaboration came from a previous connection with Taylor and the need for a female perspective in the song. “We were done with the song, and [thought] we liked it and it should definitely go on the record, but it didn’t feel like it was done,” says bass guitarist Bryan. “We knew Taylor for a while—John actually recorded some drums for her on a track or two on Fearless—so we asked her if she would be interested in checking out the song and throwing her voice on there. She said ‘yeah’, so we were ecstatic. She sent the tracks back to us and we just went: ‘Now it feels right.’”

Promoting their album, touring and staying in touch with fans, these Boys sure know how to multi-task. Bryan also has his own custom guitar company, called Venture Guitars. As he says, “we’re just regular guys trying to make a living off the one thing we love to do, just like everyone should.”

If you’re looking to break into the business, Bryan’s advice is “practice, practice, practice.” If you haven’t been able to catch Boys Like Girls on tour with Faze cover stars Hedley, and can’t get to Europe to catch them in concert, be sure to pick up their latest album, Love Drunk.