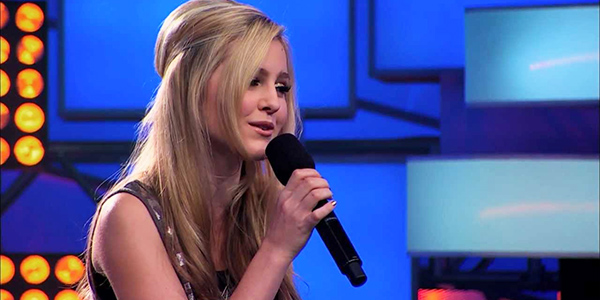 Watch out, Canada! There’s a new artist who’s stepping into the music scene, and it’s none other than Chatham’s Brooklyn Roebuck.

In May 2012, Brooklyn auditioned for The Next Star, received the Golden Ticket and was part of the top 13 contestants. Later, Roebuck was chosen to be part of the top six with Darren Espanto, Ryan Hawken, Amer Dhaliwal, Grace Johnston and Issy Dahl. She was finally crowned winner of The Next Star on September 23, 2012.

Faze gives you an exclusive behind-the-scenes ticket to Roebuck’s incredible experience as the 2012 winner of The Next Star. 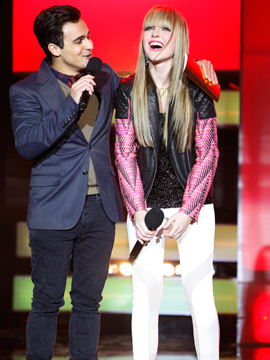 Take me back to that moment on the stage standing there with host Adamo and the rest of the final six. What was going through your head?

Brooklyn Roebuck: Oh, I had no idea who was going to actually be the winner… You know, any one of us could have won easily because any one of us would’ve deserved it. So, when he actually called my name, I was overjoyed.

You seemed overcome with emotion and had to get past that in order to perform one more time. How did you regain your focus?

BR: Well, when the top six ended up coming up and singing with me, that really helped me calm down. I really think that all of us support each other really well and having them there was really nice.

How do you plan on keeping in touch with everybody now that the show has wrapped?

BR: We’ll probably Face Time a lot and stuff like that. All of us want to go back to Canada’s Wonderland someday, to have a sort of “family reunion” and actually going on the rides.

What was the #1 thing you learned through this experience?

BR: Just to be myself and don’t try to copy any other artists, because you want to be your own artist. I really want to be an innocent kind of artist—country of course, with a little RnB.

Anyone in particular who’s inspiring you these days in the music scene? 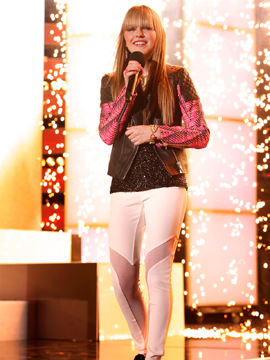 What’s going to be you’re first order of business for your music career now that you’re “The Next Star”?

BR: Well, I’m going to have two songs out. We haven’t made any songs yet or anything, but I’m really excited for that to happen and hopefully I’m going to keep going with the singing and it’ll get me somewhere.

What advice would you offer to anyone who wants to audition next year?

BR: Just be yourself; there’s going to be a bunch of cameras everywhere and if you’re not yourself, then nobody is going to know who you actually are, and that’s what you want.