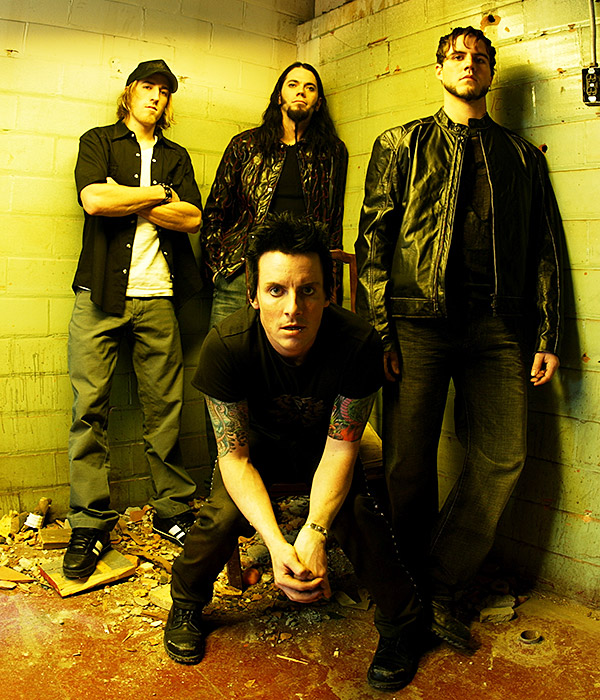 Stemming from Calgary, the loud and vibrant yet down to earth Out of Your Mouth lead singer Jason Darr knew from a young age he was meant to be on stage, and four and a half years ago his dream came true. “I started writing, and once I got things together I began looking for my band,” says Jason. “I pretty much raped all the other local bands of the best players to create this band. As a result I’m sure I’m not too popular among local musicians but, oh well, too bad.”

Too bad is right as Out of Your Mouth is riding the charts with their first single Music, a Madonna cover, “I absolutely love her, I’ve bought her records and when she came out with that song it was like I was hit over the head with it.”

Out of Your Mouth began to play the song locally for fun till it was included on their debut album Draghdad. “When it came time to putting together our album we weren’t going to use it because we had been playing it just for fun. But everyone encouraged us to record it,” Jason says.

Now the band is thrilled they listened to their friends as their single is a hit, but some argue using someone else’s song compromises their identity. “I think it makes us stronger and when you hear the rest of the album you’ll see that we do have our own identity. We’ve put such a different spin to it I don’t think people realize at first that it’s a Madonna song.”