Canadian Music Week came around once again and took Toronto by storm, with more than 1,000 artists and 60 participating venues throughout the city. 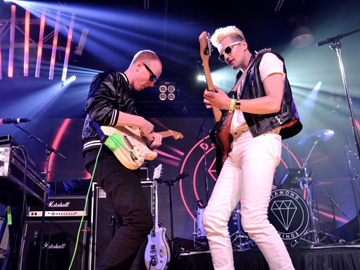 It was hard not to be a part of the fantastic music-filled week, since it spanned over six nights and even included conferences, award shows and various parties celebrating the Canadian music scene.

The CMW headquarters was at The Marriott hotel downtown and it was packed with music industry professionals, artists and music enthusiasts. Known for showcasing all different genres of music, this year’s schedule was jam-packed with talent from all over the world—bringing in musicians not only from every pocket of Canada, but also from other huge music hubs including the UK and Australia.

Many artists were also recognized for their accomplishments in the music industry at big events including the Canadian Radio Music Awards and the SiriusXM Indie Awards. Some of the CRMA winners included west coast pop star Carly Rae Jepsen and Toronto’s own Jesse Labelle. Some favourite Canadian artists such as Metric and Marianas Trench went home with Indie awards.

A couple of the big-ticket shows included international artists such as CHVRCHES, Tori Kelly, Austra and BOY. Toronto was a live-music hotspot and thanks to so many great venues, you could hop around to check out multiple sets in one night. CMW is an eye-opening event that gives exposure to many up-and-coming artists and lets audiences discover new music. 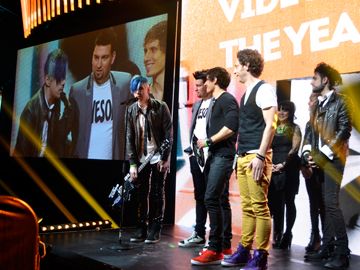 Although it’s come to an end, CMW is just a glimpse of the upcoming festival season, with North by Northeast and Osheaga still to come this summer. As many Canadian music lovers are now dealing with CMW withdrawal, I can’t help but feel excited about what next year will bring.

Check out our interviews with BOY, Charlotte Church, Eli T., Emily Reid, Jesse Labelle, Rihanna and Georgia Murray. Plus, we’ve got a whole gallery of photos from the SiriusXM Indie Music Awards and more.