This year Canadian Music Week (CMW) celebrates its 33rd anniversary and 33 years of bringing great music to Toronto, Canada. As one of the largest and longest running events, CMW attracts speakers and performers from across the globe.

There was so much excitement in Toronto as CMW brought amazing bands like Billy Talent, Magic!, Lights, Kiesza, Francesco Yates and Shawn Hook to our great city. If you weren’t able to attend all of the showcases and shows (or perhaps you’d like to recollect your memories with us), here’s our recap of Canadian Music Week 2015.

Magic! looking very sleek in their trademark style of matching suits at the Canadian Radio Music Awards. Performing their hit single “No Way No”, they won big and walked away with three awards: SOCAN Song of the Year, Best New Group or Solo Artist: AC and Fans Choice! Continuing their tour with Maroon 5, they’re off to Europe in two weeks! 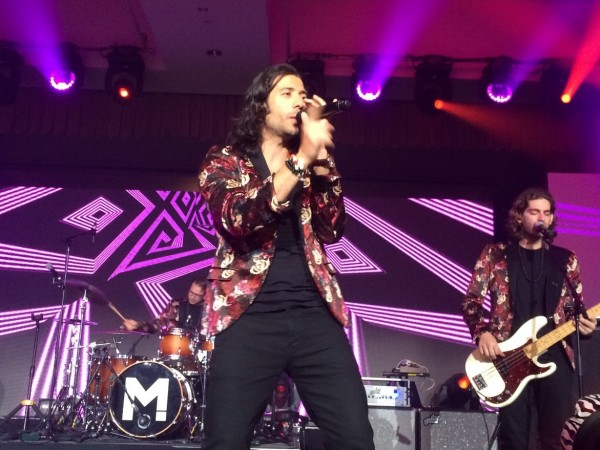 JUNO award winner, mother to her adorable daughter Rocket and past Faze cover girl, LIGHTS performed at the CHUM FanFest. We just have to say it – she had everyone on their toes! 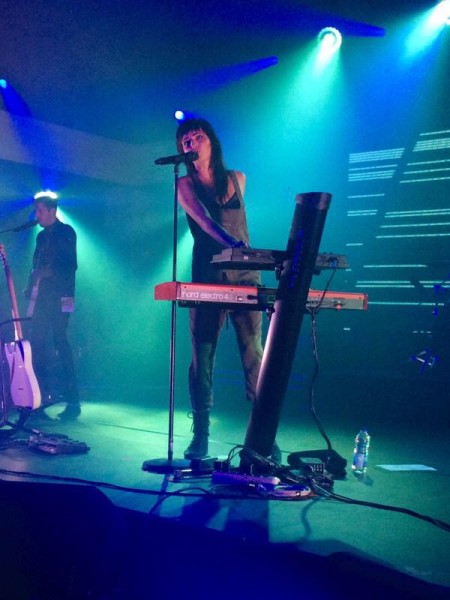 Shawn Hook’s latest album called Analog Love comes out on June 9, 2015. Faze caught up with Shawn before he performed at Chum FM’s FanFest to chat about his album; he describes it as electronic, up-tempo and it’ll make you want to dance! 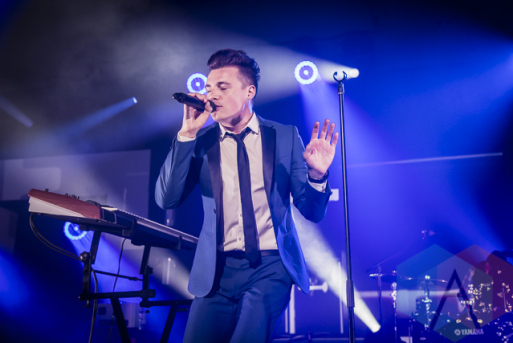 Breakthrough Warner Music artist Scott Helman rocked out to a sold out show at the Mod Club. Fans know every word to every song, so he and his bandmates were nothing but smiles. The band always puts on a super fun and energetic show! 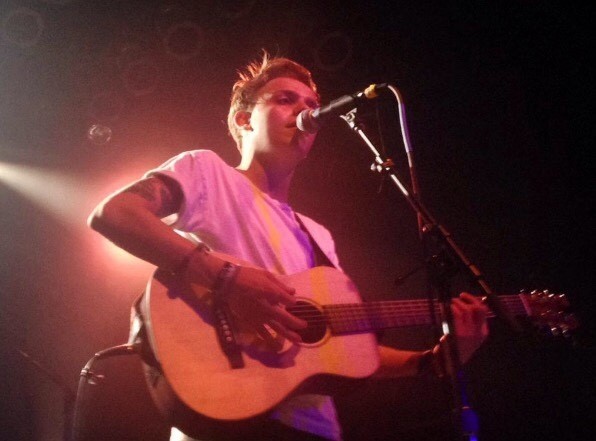 Virginia to Vegas (Derik Baker) poses for the cameras after he wins the Canadian Radio Music Award for Breakthrough Artist of the Year! Earlier, he performed his catchy duet single “We Are Stars” with Alyssa Reid. Derik just released a brand new single called “Our Story”, check it out! 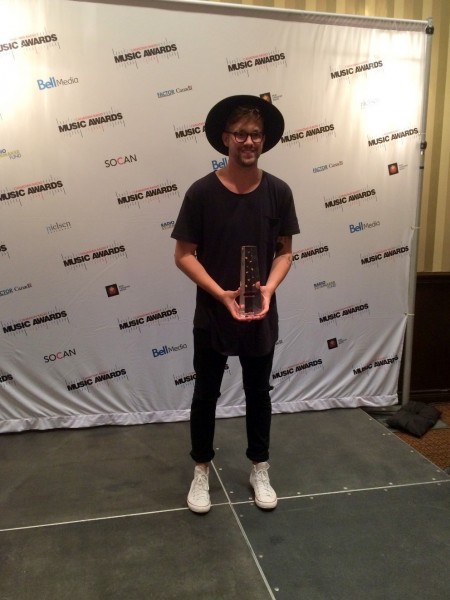 Trevor Guthrie performed his JUNO award winning single “This Is What It Feels Like” at the Chum FM FanFest. Did you know that he started playing the piano at the age of three?! 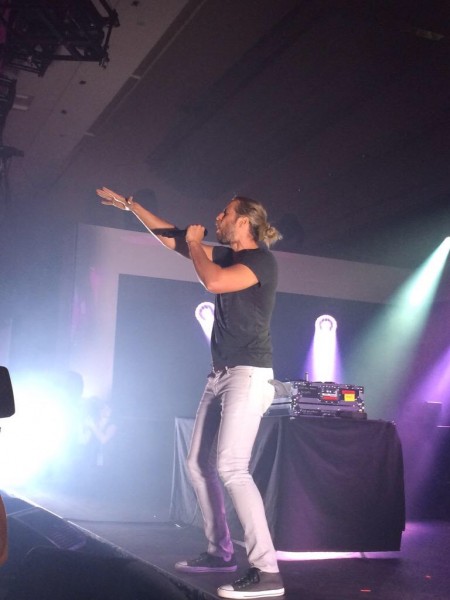 A big congrats to Francesco Yates who won the Heatseeker award at the Canadian Radio Music Awards for his current single ‘Better To Be Loved’. 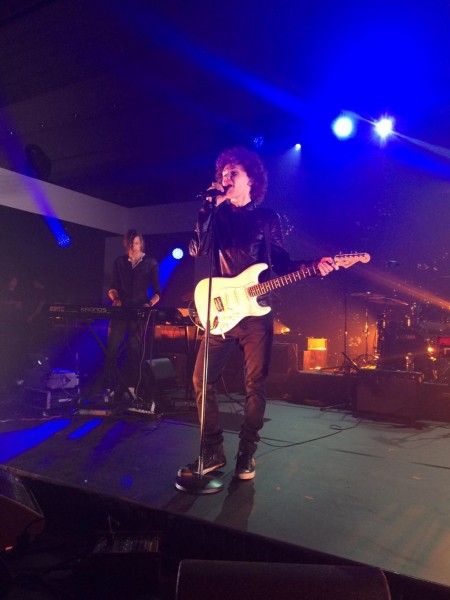 Did you know that French singer-songwriter Andee is featured on Hedley’s “Kiss You Inside Out” French version? It was a massive hit in 2012 in Quebec and now Andee is ready to release her new album called Black and White Heart on May 26. Keep your eyes open for it! 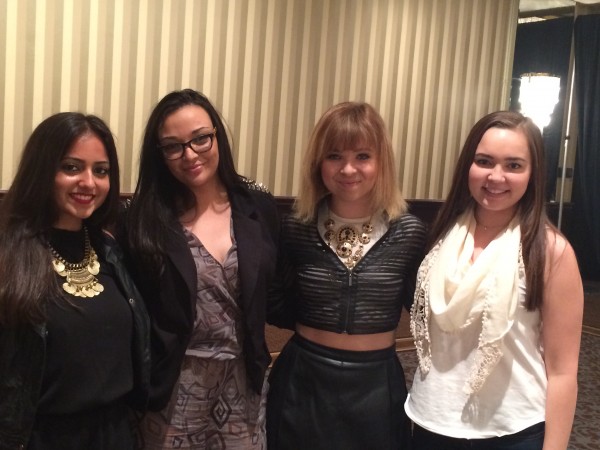 Anastasia A performs to a packed house at the Hard Rock at Dundas Square. With hot dance moves, cute outfits, backup dancers, beach balls and selfies with the crowd, this show was a par-tay! 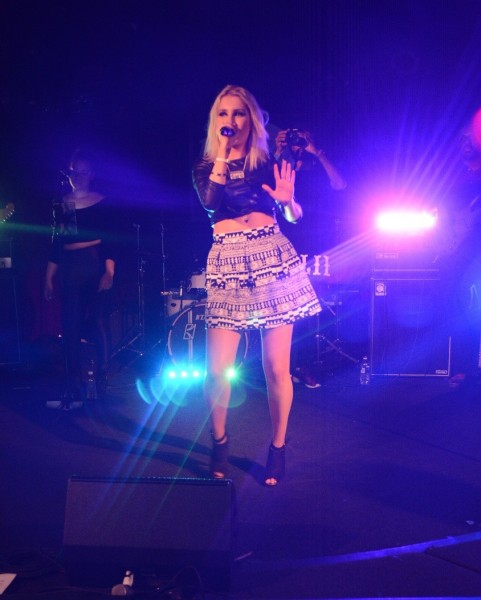 JUNO Award winner Kiesza hit the Chum FM FanFest stage with killer vocals and deadly dance moves! If you haven’t checked out her album Sound Of A Woman you should definitely do it. You’ll thank us later! 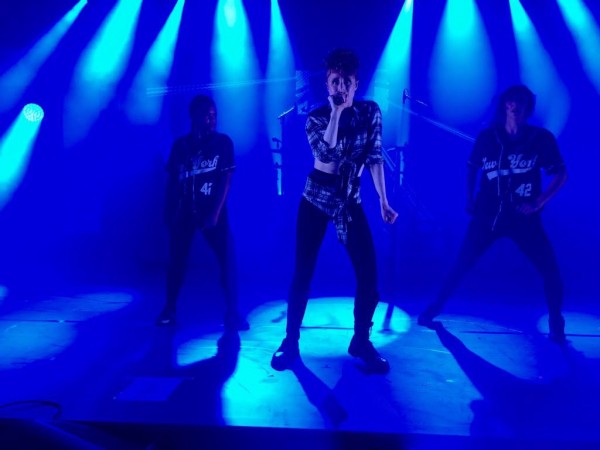 Wyland made their way from New Jersey for Canadian Music Week and they totally killed it! Playing the Underground Garage, they filled the room with pure and passionate vocals and fun instrumentals that had people coming in off the street to see what was going on! They also just scored a show with Mumford and Sons, The Flaming Lips and Alabama Shakes! 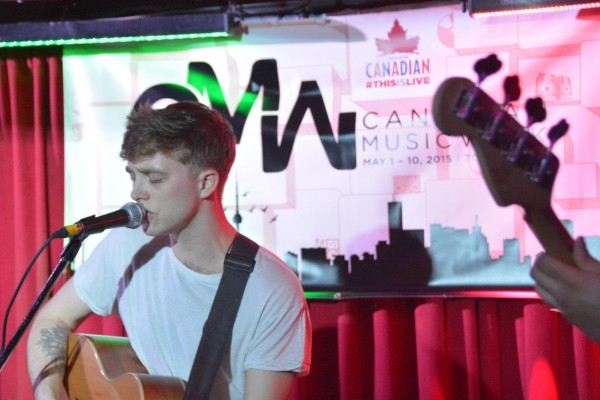 After performing her super popular tune “Cheap Wine and Cigarettes” Jess Moskaluke shows off her new Canadian Radio Music Award for Best New Group or Solo Artist: Country! Her newest single “Night We Won’t Forget” will have you non-stop dancing. In the Fall, she’ll be hitting the road with Dean Brody and Paul Brandt for a national tour. 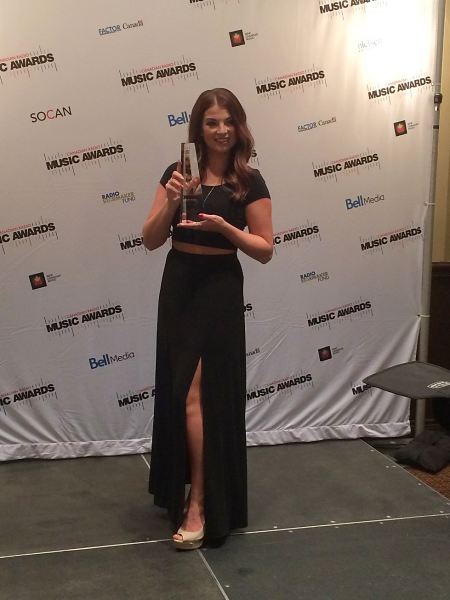 Highly anticipated for months, Billy Talent closes off Canadian Music Week with a bang! Playing all of their well-known songs at the 2015 Indie Awards, everyone was up and rocking out to these guys. Crowd surfing, head banging and singing every word at the top of their lungs – there’s nothing better. These international rock stars say they are incredibly proud to be Canadian.

Wrapping up their Canadian tour with Rebel Coast, Eleven Past One took the stage at the Rivoli Bar in Toronto. They performed their hit songs but we were especially fond of their latest single “There’s Nothing Wrong”. Stay tuned for the music video! 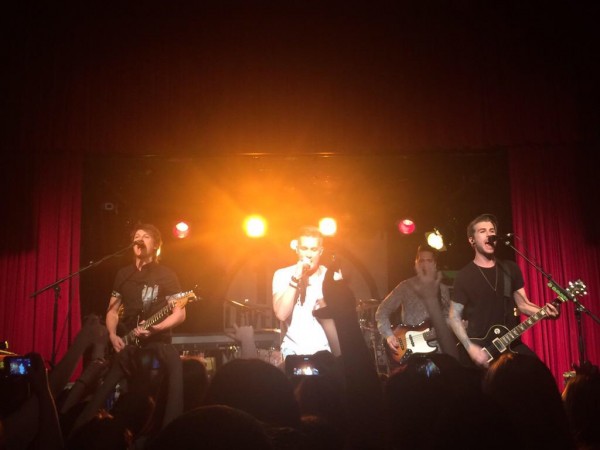 Winners of YTV’s The Next Star: SuperGroup, Rebel Coast blew us away with their new songs, but we felt pretty nostalgic when they played their first single “We Are The Brave” from 2013. 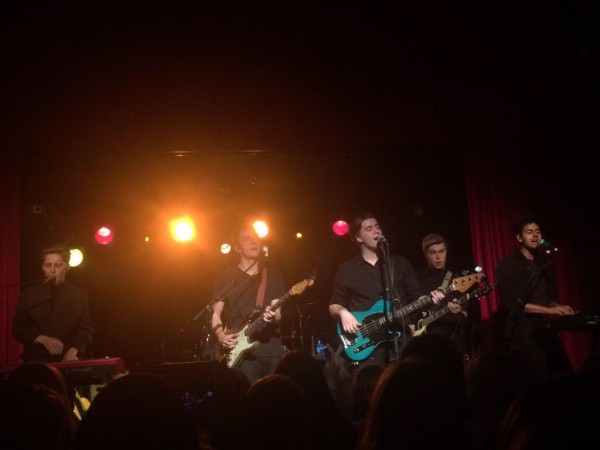 Sultan of The Disco

Sultan of The Disco show off their quirky personalities and dance moves on stage for KOCCA’s K-POP Night Out at CMW. Who doesn’t love the Mickey pattern jacket? 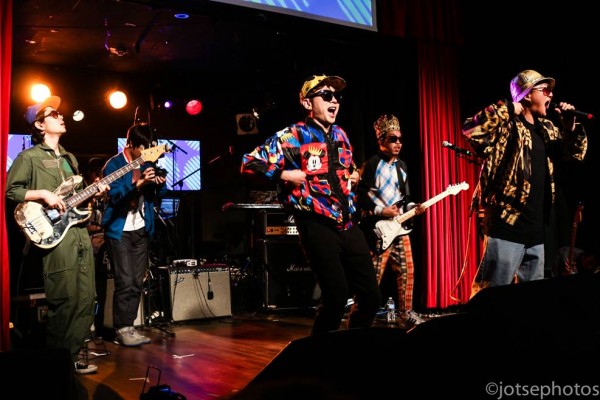 Lunafly surprises the audience with performances in Korean, English and Spanish at KOCCA’s K-POP Night Out at CMW. These boys sure are talented! 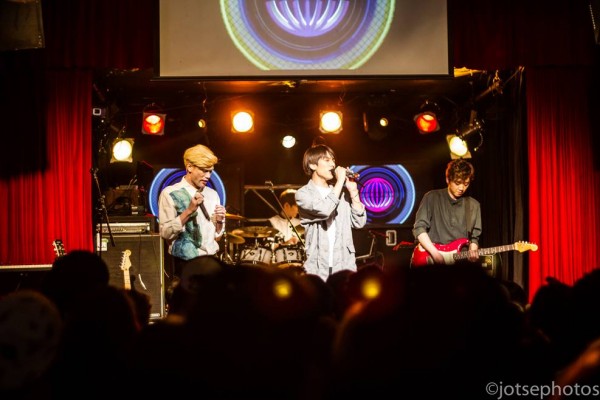 Laying down the cool vibes, Verbal Jint shows off a smooth flow during his set at KOCCA’s K-POP Night Out at CMW. He had the crowd amazed with his skillful rhyme work. 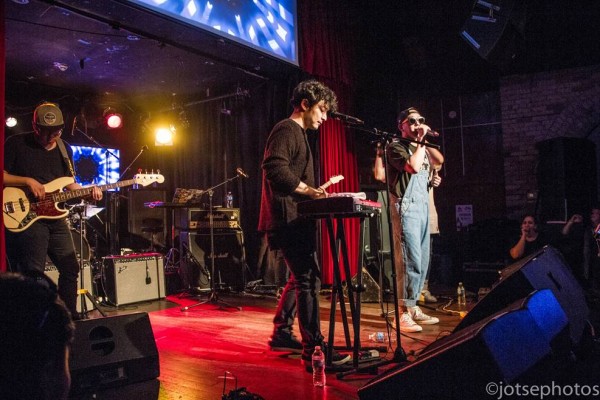 DOK2 and The Quiett from 1LLIONAIRE records finish off the night with a powerful rap performance at KOCCA’s K-POP Night Out at CMW. They finished the night off on a high note. 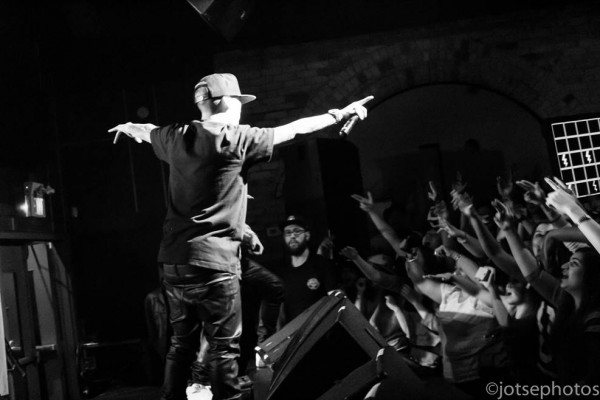