While in the audience at the El Mocambo in March, I overheard the whispered words, “She looks like an Elven princess.” It’s a perfect description of how Charlotte Church appears up on the stage. 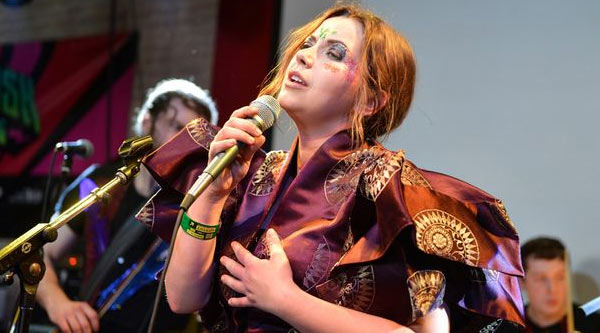 Complete with streaks of glitter on her face, feathers on her sleeves and purple ribbons hanging from her skirt, this version of Charlotte is much different from the girl we once recognized back in her days as a young opera-style singing prodigy.

Coming back from a 10-year gap in her career, she made a visit to Toronto along her self-promoted tour to give her fans a taste of what she’s been working on.  She decided to create a series of five EPs, and has already released the first two, accurately named One and Two.

“It’s been an incredible process and a totally new way of doing things that I’ve never really experienced before,” says Charlotte. Her most recent EP includes tracks such as “Glitterbombed” and “Nerve.”

She even performed at this year’s SXSW festival before landing on Canadian soil, a huge event for any musician to take part in, and she had an amazing time. “I didn’t really know what to expect because we sound so different,” she says. “The last thing I released was my greatest hits album of classical music when I was sixteen, so I was intrigued at how people would take it and they were really open.“

When she’s up on stage, she takes the audience into another world, bringing together a wide range of emotions from song to song—she goes from dark pop to melancholy and back up to disco. Her band incorporates two drummers, analog synths and loop pedals; all being triggered live, which gives the performance that raw edge. 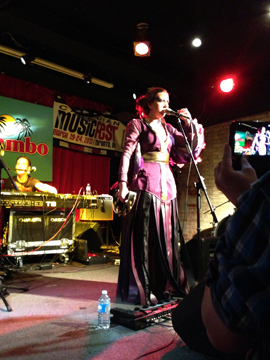 With all her success, Charlotte is still pushed to keep making music. “It’s essentially in my blood. I just can’t stop,” she says, “I know that sounds so ridiculous, but it’s a convulsion.“ It’s this natural passion and drive that shows throughout her live sets and on her records.

Being in the industry for so long, she is excited to be back at it. “I just sort of got the bug again for music,” she says. “I don’t think I’ll ever lose it again now.”

You can find more from Charlotte Church at charlottechurchmusic.com.