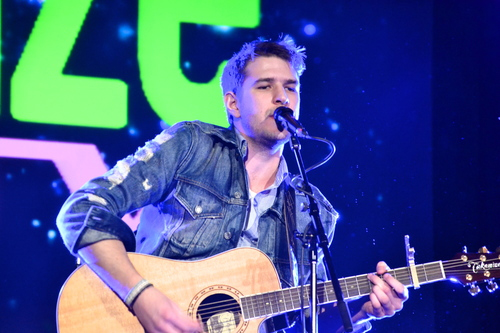 From knocking on doors with a guitar in hand to gaining more than 20,000 Facebook fans, singer-songwriter Scotty James has come a long way.

Originally from Waterloo, Ontario, Scotty was desperate to launch his career; he even played songs for people on their front porches. He occasionally got invites to pool parties and steak dinners, and, eventually, ended up knocking on the door of his future manager. Since then, James has been performing his original songs across Ontario, finding his way to this year’s Canadian Music Week.

This was his first year showcasing, and he got to play two shows, both at The Hideout on Queen Street West in Toronto. He thought it was an awesome venue, full of energy and great support, and he was looking forward to meeting and performing in front of new people.

Describing his sound as a more upbeat John Mayer, Scotty has found that his catchy songs are gaining popularity on radio stations and YouTube. His summertime-feel song “Wanna Be Loved” has been a hit on YouTube, and he has a new single coming out called “Never.”

He is currently working on a new album and planning shows for the summer, while also hoping to branch out into the U.S. You can check out more of his music on his website: http://scottyjamesmusic.com/. 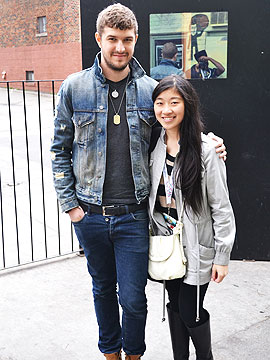