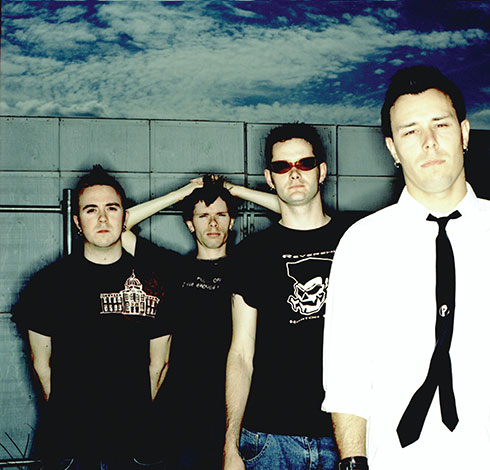 Drummer Liam Killeen of Not By Choice says things have changed in the band since their 2002 debut album Maybe One Day, “I would have to say we’re a couple years older and many years wiser and have really stepped it up.”

For their newest release Secondhand Opinions, “The entire band improved on key parts of the album such as song writing and maturity,” says Liam, who prefers this latest album because they have created something they all like that has kept their pop/punk elements intact, but perhaps more importantly it’s not a formula album stuffed with predictable tracks.

Still, it’s true to the band, “It is the type of music you can listen to while driving, doing homework or not paying attention in class,” Liam says. Liam’s advice to aspiring artists and bands: “You gotta be prepared to hear no a thousand times before you hear a yes. You have to be patient, stay persistent and have a good work ethic.”

“The one thing we all learned about ourselves was that you don’t jump into this and live the rock star life. You’re not buying multiple mansions and rolling around in private jets. There is a lot of work and I think one thing that we learned is how to step up to the plate and really do the work and do it effectively. We don’t have 9-5 jobs and this is a career, it still is a real job. We just get really good perks and have a lot of fun doing it.”