You can catch the casts of your favourite YTV’s hit shows Life With Boys and Mr. Young as they go head-to-head in a hilarious battle on the new season of the game show Splatalot. 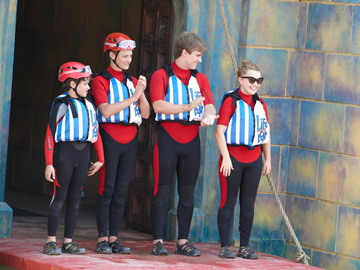 Faze was on set for the epic experience and got a front row seat for all the action, as team Life with Boys (Torri Webster, Nathan McLeod, Michael Murphy and Jake Goodman) took on team Mr. Young (Brendan Meyer, Matreya Fedor, Gig Morton, Kurt Ostlund and Emily Tennant), while the crowd cheered on their favourite players. 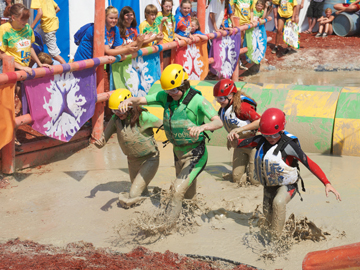 Each team had to compete in three rounds of obstacle courses, to find out who would be crowned king or queen of the Splatalot castle and get to donate their winnings to their charity of choice.

We caught up with Gig (Mr. Young) and Michael (Life With Boys) immediately after round two (well, after they had a chance to catch their breath, that is).

What was the hardest part about that obstacle course?

Michael: The goo. Once they poured water on it, it was okay.

Gig: I found it fun to slide down, though; I just wanted to fall, so I could slide. It’s like, “Go back up, slide back down.” 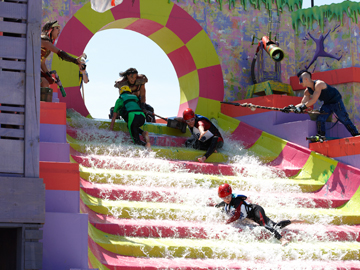 What would your advice be to the cast that has to go after you?

Michael: Don’t do it! (laughs)

Gig: If you run, you get up so high, then you can stick. You can’t make any mistakes, because the second you start slipping, you’re gone.

Michael: And use your nails. 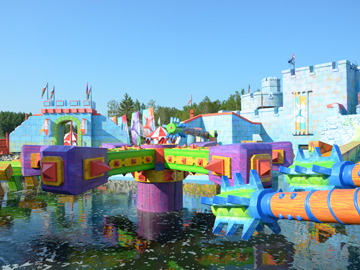 Co-hosts of the show, Matt Chin and Jason Agnew, were on set to pump up the crowd and get the games going, but unfortunately, they didn’t get to run the course themselves. “We asked to,” says Jason. “It wasn’t really in the plans this year. I wanted to do Matt versus Jay—Matt would kill me; I would probably get injured. We would probably both get injured.”

But it was smooth sailing for the teen actors. Well…maybe not smooth, but both teams fought their ways through the slimy staircases, massive bouncy balls, rotating planks and crazy catapults with admirable gusto.

If you’re a fan of the game show, love watching these YTV comedies or just enjoy a good laugh, don’t miss the chance to see all the entertaining moments of Celebrity Splatdown. 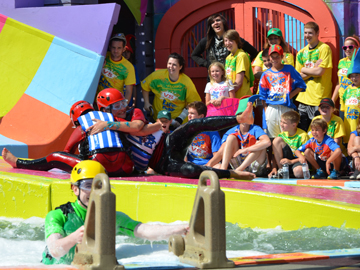 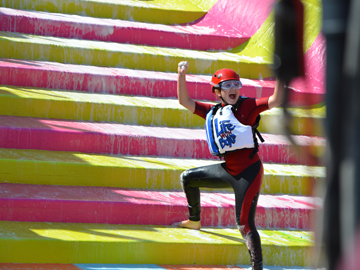 The new season premieres with this special Celebrity Splatdown episode on Saturday, November 3 at 6pm ET on YTV.