Best-selling author Sarah Dessen just recently celebrated the release of her 10th book, What Happened to Goodbye, and made a special stop in Toronto, where Faze hosted a live chat for her fans at the Toronto Public Library in North York and had a special sit down to discuss her success so far. 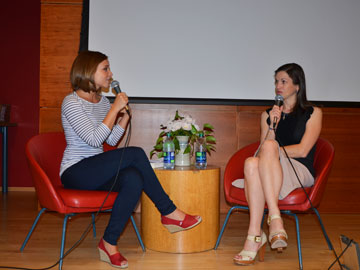 This is your 10th book! Does that make it more special for you?

It’s a milestone. At 10, you just have to step back and take stock of it. It’s unbelievable to me that I’ve written 10 books–or, published 10 books; I’ve written more than 10, but that haven’t all been good enough to be published. I’m very proud of it.

Do you have a system now, for writing?

You would think, by the 10th book, that I would know what I was doing. It was a very agonizing write, actually, this book. It took me a lot longer than I thought it would. I ended up having to re-write the whole second half–it had a whole different plot, initially. That’s just so typical of me. I think that some people, by the time they get to their 10th book, they have a system and they feel more confident. But for me, with every book, if the book is well-received and people are happy about it, that’s just more pressure. I just want the next one to be better.

When you talk about your writing process in your bio you say, “It’s often the unexpected stuff that’s so much fun.” In WHAT HAPPENED TO GOODBYE, was there anything unexpected that happened to the storyline or characters that surprised you during the writing process?

I would definitely say Deb. I had an idea that I wanted someone to be a foil for Maclean, who is changing herself, tweaking herself in every town, to sort of fit every little mold that she wants to be in. I loved the idea of her meeting someone who was completely okay with being just kind of a nut. And Deb waltzed in about a 4th of the way in and almost walked away with the whole book. 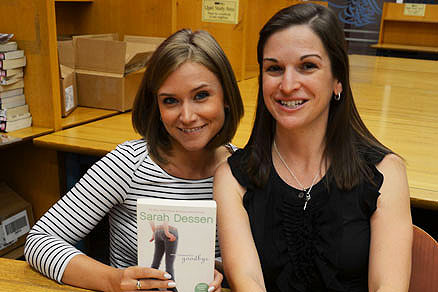 Readers have picked up on a lot of “Easter Eggs” (intentional hidden message or in-joke within a book/movie/video game) in your books. What’s your reason for including them?

Readers are really used to knowing what happens after the story ends, because there are so many great series in YA. But, I feel like I’ve left my characters exactly where they need to be. I think there are people who are really good at writing sequels; I just worry that I’m not one of them. So, because I had been getting all these questions [about possible sequels] and I have such nice readers, I thought, ‘Oh, I’ll just bring somebody back.’ In my fifth book, This Lullaby, I brought Scarlett (from my second book) back. It was very hidden and a lot of people didn’t get it. But the people who did were all excited. And so then in the next book, I put a few more little things in it. For me, it was just a way of thanking the people who have been reading my books from the beginning.

About the Book, What Happened to Goodbye 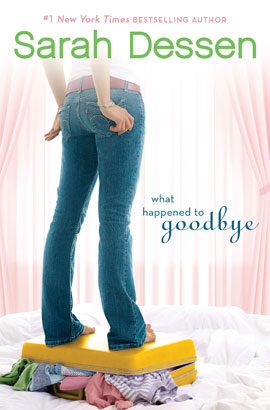 Following her mother’s very public affair and her parents’ very messy divorce, Mclean has taken sides with her father, opting to leave her mother’s newly created life and travel with her dad around the country. Each town they land in, Mclean finds a way to reinvent herself, choosing a different character to play for every school. It’s safe because she knows it will never last and they will soon be moving on. Then they land in Lakeview and for some reason Mclean can’t seem to escape into a character this time. She meets Dave, who’s as real as they come; she could be falling for him, but, at this stage of the game, does Mclean even know who she really is?

Best-selling author Sarah Dessen once again takes us on the journey of a compelling young girl who is both powerful, in control of her own destiny, yet vulnerable, as she realizes there is so much more to learn from life. Also, what’s not to love about a story that includes deep-fried pickles?

If you like… novels about strong female leads, who are still figuring it all out, like Tish Cohen’s Little Black Lies, then be sure to pick up Sarah Dessen’s 10th book.