Millions of young people are affected by HIV/AIDS every day. UNICEF is putting kids first with their new program, Unite For Children Unite Against AIDS

HIV/AIDS is redefining the meaning of childhood for millions around the world, depriving them of their basic human rights such as the care and love of their parents, an education, future opportunities, and protection against exploitation and abuse.

“Nearly 25 years into the [HIV/AIDS] pandemic, help is reaching less than 10 percent of the children affected, leaving too many to grow up alone, grow up too fast, or not grow up at all,” said Kofi Annan, Secretary-General of the UN, during UNICEF’s Unite For Children Unite Against AIDS campaign launch in New York. “Simply put, AIDS is wreaking havoc on childhood,” he emphasized.

“Children have not yet been discussed exclusively,” says Nicole Ireland of UNICEF Canada. In the past, the public has perceived HIV/AIDS to be a predominantly adult issue that doesn’t directly link to children. This attitude has resulted in children not being adequately recognized and educated.

Unite For Children Unite Against AIDS is a new initiative by UNICEF that will focus on children around the world living with the HIV/AIDS. The campaign identifies the urgency of their individual situations and plans to help with more advocacy, programs, and fundraising. 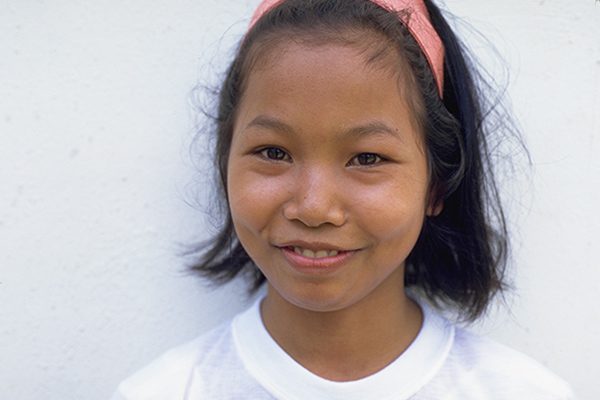 A 16-year-old girl smiles at the Cambodian Centre for the Protection of Children’s Rights (CCPCR), where she currently lives, in the south-eastern province of Svay Rieng. The centre, a community-based NGO, shelters abused or orphaned girls for up to six months, providing them with a secure environment, health assistance and education and basic skills training. Several of the girls at the centre are victims of sexual abuse and some have tested HIV positive.

• More than 6,000 young people between the ages of 15 and 24 are newly affected by the HIV virus every day.
• There are nearly 1,800 new HIV mother-to-child transmissions every day.
• 1,400 children under the age of 15 die of AIDS-related illnesses every day. 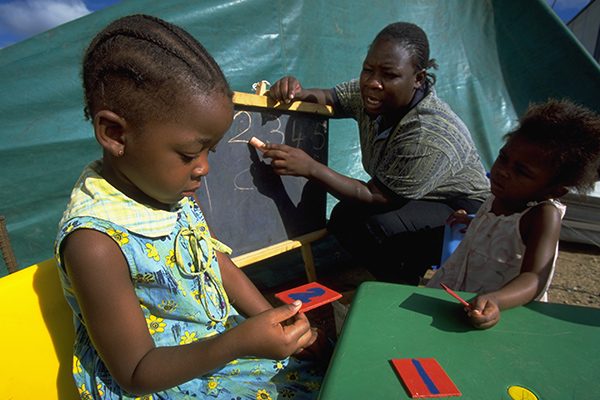 Two girls learn to count using numbered tablets, in a kindergarten class at the ‘Shining Star’ drop-in centre for orphaned children, in the city of Francistown, some 400 km north of Gaborone, the capital. Behind them, a recently trained woman volunteer teacher, Tebogo Sekaneng, writes on a small chalkboard. Most of the children at the UNICEF-assisted centre have been orphaned by AIDS.

Africa is the hardest hit when it comes to children being affected by HIV/AIDS, but the epidemic also continues to grow at an alarming rate in South Asia and Eastern Europe.

An estimated 15 million children around the world have lost at least one parent because of AIDS. Yet less than 10 percent of children orphaned and made vulnerable by AIDS receive public support or services. In sub-Saharan Africa, where the impact is greatest, coping systems are stretched to the limit.

All of the 157 countries that UNICEF works in will eventually be involved in promoting the Unite For Children Unite Against AIDS initiative. Every week, one new country across the world launches the campaign. National leaders already involved in events to launch the campaign include the presidents of India, El Salvador, Brazil, Mozambique, and Djibouti, the prime ministers of the Netherlands, Ireland and Trinidad and Tobago, and the foreign minister of Australia. Canada’s participation will begin before the World AIDS conference in August 2006. 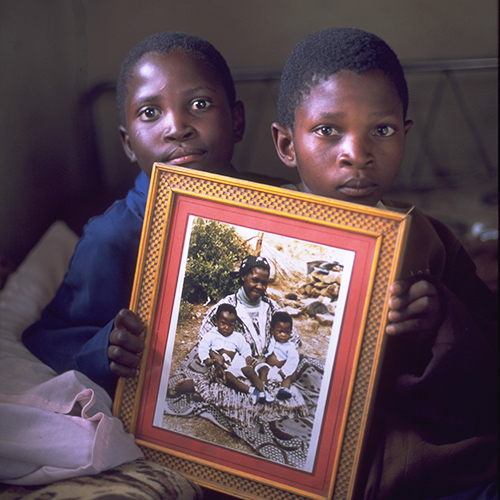 Sitting on a bed in their home, two brothers hold up a family portrait showing them with their mother when they were small, in a village on the outskirts of Maseru, the capital. The boys, orphaned after losing both their parents to AIDS, now live alone in the house, receiving food and money for school fees and books through a local, UNICEFsupported NGO.

For nearly 60 years UNICEF has been the world’s leader for children, working in 157 countries to help them survive and thrive from early childhood through adolescence. The world’s largest provider of vaccines for poor countries, UNICEF supports child health and nutrition, quality basic education for all boys and girls, and the protection of children from violence,
exploitation, and AIDS. UNICEF is funded entirely by the voluntary contributions of individuals, businesses, foundations, and governments.

If you want to be involved, visit www.unicef.org and click on Unite For Children Unite Against AIDS. 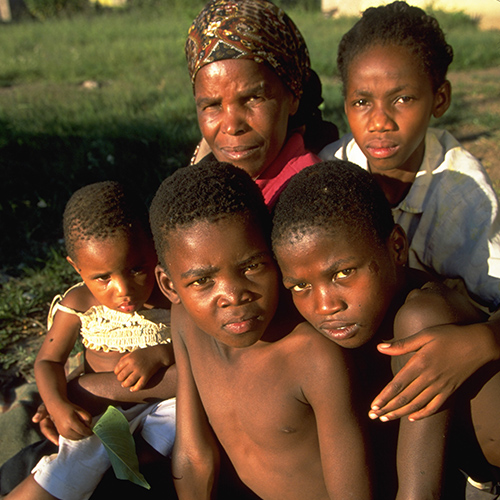 Four children sit outdoors with their aunt with whom they now live, in the village of Molepolole, some 50 km west of Gaborone, the capital. They are among the six children of this woman’s two sisters, both of whom died of AIDS.

How you can help

• Find out more and spread the word.
Don’t be afraid to ask questions and talk to your teachers, friends, and family about what’s happening to children around the world due to HIV/AIDS. Get the message out there.
• Become an advocate. Get in touch with an organization like UNICEF, Free the Children, or the Stephen Lewis Foundation
and talk to them about arranging fundraisers or otherwise being part of their campaigns.
• Learn from others. Look up peers in other high schools who are involved in similar programs. Share your ideas of how to make the world a better place.