Christina Perri’s journey to success seems to have happened overnight. 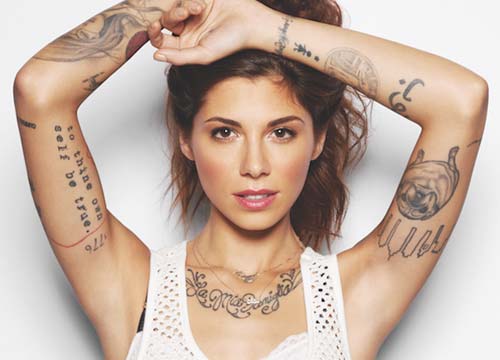 In June 2010, singer-songwriter Christina Perri was working as a waitress and got word that her single, “Jar of Hearts,” was going to air on So You Think You Can Dance as the theme for one of the dance numbers. Immediately, viewers began downloading the song from iTunes, sending it into the Top 10 on the iTunes Pop Chart and into the Top 15 on the Overall Chart. It wasn’t long before SYTYCD producers invited Christina to perform the song on the show.

Now, she’s signed to Atlantic Records and gets to live her dream every day. “I get to wake up every morning and be me, and I don’t have to cover my tattoos and go to this job that I hate,” she says. “I get to actually do this thing that I love.”

But it hasn’t always been a smooth ride for the musician. “I almost quit a million times,” says Christina. “Things only changed when I started to do the things I was most afraid of. I think I changed my own kind of karma or fate, in a way, by making it through all the super hard stuff,” she says. “I think if I had quit, I wouldn’t be here. I don’t know where that came from, but it saved me.” 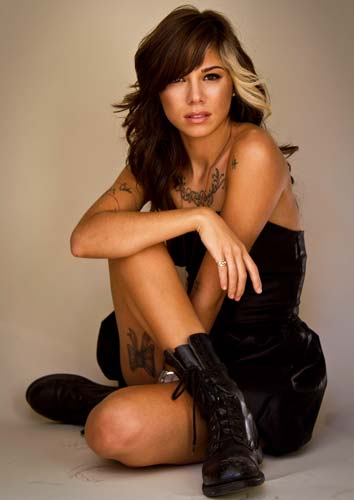 In her debut album, titled Lovestrong, Christina sings about love and strength, showing that she has turned her sorrows into hits. “I feel like I really get through these songs and these feelings when I play them on stage,” she says.

The best part about it all is that Christina’s career is just beginning. She’s in her first “bubble”—as she calls it—touring with James Blunt across Canada and the United States.

Here’s the video for her fabulous song Jar of Hearts: