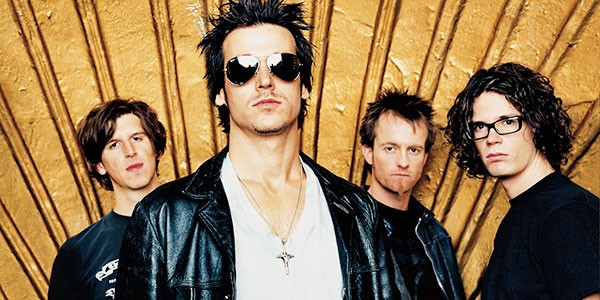 While wave riders catch the surf along the north shore of Maui, a ghostly whisper clings to a hill behind the beach that used to be the site of an ancient burial ground. Energized by this atmosphere of surf and the supernatural, rock band Our Lady Peace experienced a renewal that was both creative and personal.

In November 2001, OLP began recording their fifth album Gravity at producer Bob Rock’s Plantation Studios in Maui. The studio is located on the ‘haunted’ hill—where the band’s resident ‘spiritual’ advisor, drummer Jeremy Taggart, who has had many experiences with that other world, reports hearing strange bumps and knocks.

The band members surfed in the mornings and recorded in the studio (which has an unobstructed view of the sea from the control room) in the afternoons and evenings. “There was definitely a neat, strange and wonderful energy around the place,” says bass player Duncan Coutts, “It was something we had never experienced before. You just don’t get that in every recording studio.” 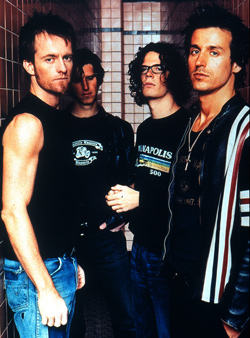 With Rock, who has also worked with Metallica, Aerosmith and The Cult, as their new producer, the group began to work on getting down to the rock band in OLP and generating a more aggressive sound to their music.

The band members also credit new guitarist Steve Mazur with reviving their energy. Partway through the recording of Gravity, founding guitarist Mike Turner and OLP parted ways. Shortly after Turner departed, the band began the search to replace him. After viewing thousands of videotaped submissions sent in by hopefuls around the world, the band members decided on Detroit-born friend and guitarist Mazur. And OLP felt like a brand new band.

For lead singer, Raine Maida, the creative renewal that came from working with a new producer and a new band lineup echoed what was happening to him personally. In January 2001, Maida and his wife, singer Chantal Kreviasuk, travelled to Iraq to help film the human rights documentary series “Musicians in the War Zone.” Produced by MuchMusic and War Child (a network of independent organizations), the documentary discusses the impact of war on children and youth. The program reveals the living conditions of children in Iraq under the economic sanctions imposed by the United Nations.

“I think people kind of watched us learn and grow up while we were there and learning what was really happening to the children because of the economic sanctions and how they’ve affected that country,” Maida says.

Maida and Kreviasuk were in Iraq for 11 days and in the Middle East for another week after that. “It sounds cliché, but the trip that Chantal and I took to Iraq with War Child last year changed my life. It gave me a whole new perspective on how I view the world and what I want out of life and what I want to give back. It’s been liberating to feel this way and live this last year on a different wavelength.” 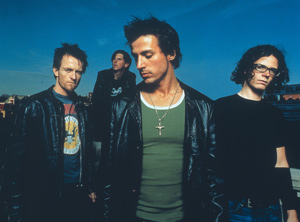 “It’s one of those kinds of things where I look back on it and realize that the change I felt was not something I could control. It just happened. I feel very fortunate because it’s not an opportunity that’s available to a lot of people and I got a perspective that’s hard to get anywhere else,” he says.

Maida saw children dying from inadequate medical care. Some babies were barely being kept alive in old incubators dating from the 1960s. The desperate living conditions of the children in Iraq made him aware of how certain standards of life should be preserved. “No matter what happens through war or poverty. There’s enough wealth in the world that it shouldn’t be that way,” he says.

Being aware of what’s going on in the world has become much easier, Maida says. It used to be difficult to know what was really going on in countries such as Somalia and The Congo. But now through the Internet information is more accessible. “Not everyone is able or has the desire to jump in and help change but just the fact that there is awareness I think is a huge step forward. It’s really easy to get complacent in life, especially living in one of the richest parts of the world. It’s so easy to think about nothing really.” 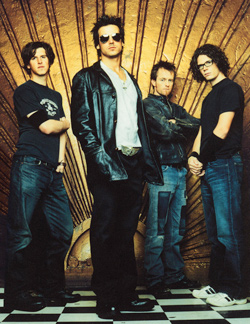 But Maida urges people to put their knowledge into action. “It’s just a matter of taking it to heart and trying to make some sort of difference and be involved. Everyone has the opportunity. It’s just much easier to kind of live in a box.”

“I mean we live in North America and the stuff surrounding us is what affects us day-by-day and minute-by-minute and that stuff obviously impacts your life. But as soon as you reach out, it’s hard not to feel like most of your problems that you bitch about at home are really not that relevant and not as big and important as you think they are. It really humbles you.”

Although Maida says the opportunity to work on the documentary with War Child came to him because of his work as a musician in Canada, he and Kreviasuk would have wanted to be involved in the project even if they “worked at 7-11.”

“It was just an incredible opportunity that was given to us because we make music. But I don’t think that should stop anybody. The War Child office is open to everybody. You can just go into their office and spend a day and learn.”

Maida says the War Child office in Toronto is a “communal” space where anyone can go and hang out. “You don’t even have to ask questions, you can just go in and watch what’s going on.”

“You have to take advantage of the fact that things are good for us here and exploit your opportunities. It’s a cliché to say that we should enjoy the moment and live every day like it’s our last. And it’s hard to do that all the time, but it helps to keep that in the back of your mind. Whether it’s just talking to someone on the job or on the street, I feel more alive when I sense that there is humanity out there and that we can be friendly even though we don’t live on the same street.” 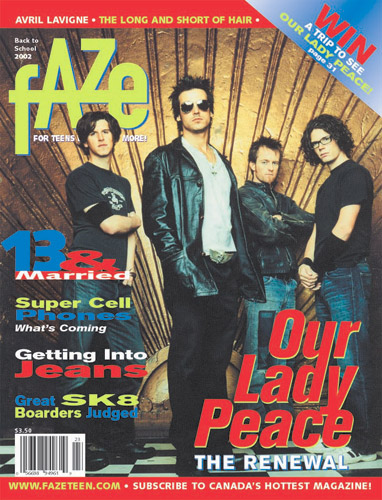