Born into a blend of cultures and vibes, Craig’s parents influenced his music and lifestyle.

“I never wanted to be in a confrontational state with my dad. He could look at me and make me cry.”

Holed up in his bedroom making mixed tapes and recording music, Craig David had no idea that in just four years he would emerge with an album that would sell seven million copies worldwide. He also didn’t know that at 21, famous for his silky voice and sexy R&B-style tracks, he would be extremely grateful to his parents.

In 1995, while deejaying at clubs near his home in Southampton, a port city along the south coast of England, the 14-year-old decided that he wanted a career in music. Living in a small flat with his mother, in a neighbourhood called Holyrood Estate, the David apartment reverberated with music most of the time. And it usually came from Craig’s tiny bedroom, which he had turned into a mini-recording studio. “If you could have seen it, you would say that it was the furthest thing from a recording studio, but it was my space. I had it customized perfectly,” he says. 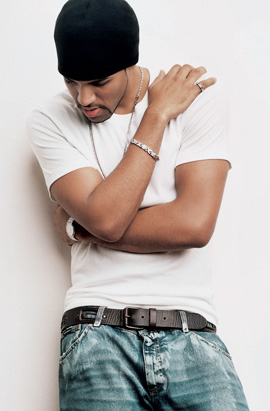 His bedroom had a foldout bed, which doubled as a couch during the day and was the central area around which he amassed an assortment of stereo equipment, microphones, speakers and records. He also had the requisite music posters taped to the walls—Boyz II Men, Mariah Carey, Jennifer Lopez and, one of his favourites, R&B band Jodeci.

Craig, born into a blend of cultures and vibes, believes his parents influenced his music and lifestyle. “I have principles and morals that I stick by from my upbringing. Even though my parents split up when I was eight, they kept a very strong bond for me. They had a good relationship. So I always felt I had a family,” he says.

His mom, Tina, who he considers his best friend, is half Jewish and “was a massive fan of the Osmonds,” Craig says with a chuckle. “I don’t know if it was a good thing or a bad thing.” His dad, born in Grenada, played in a reggae band, the Ebony Rockers, and helped him develop both his record-buying habits and his healthy way of life. “I never wanted to be in a confrontational state with my dad. He could look at me and make me cry. It wasn’t necessarily fear. I just never wanted to disappoint my dad because he was so proud of me. He was proud that I was into music like him and that I wasn’t caught up in all the things that so many other people around me were involved in.”

Despite growing up in a government-assisted council area, (the Brit version of the projects) Craig says it was a positive thing because it exposed him to a diverse mix of cultures. “Racism never really played a part in things,” he says. “I have a positive outlook because I think life is too short. There are so many things I want to fulfill and experience. I think you have to set your sights as high as you want to go and then just try and achieve them and enjoy it along the way.”

Fortunately, Craig’s parents were very supportive of his goals. They sensed he had a talent for what he was doing and gave him room to grow. But from time to time, he admits he still felt the need to seek even more freedom. “You always want to be a little bit cooler. You want independence as a teenager, even though you love your parents beyond belief,” Craig says. “My mum was actually pretty cool about things. She would come and pick me up from school and she’d park down the road a bit and wouldn’t beep the horn for me to come over. But when my nan would come and pick me up, that was when I’d sort of cringe a bit. I’d think, ‘Oh no,’ and she’d sit there and beep the horn. But asking her not to do that would have been more trouble than it was worth, so I just went with the flow.” 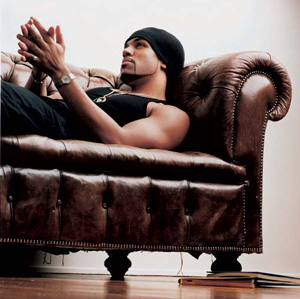 Craig says his mom also kept him motivated. “She was passionate about me achieving all the goals that I had set. It spurred me on. She was always saying, ‘Craig, you know if you don’t send in your song by tomorrow you won’t make it for the closing date.’ It was simple things like that, but me being a 15-year-old I was like, ‘Okay, whatever, I’ve got all day.’ She just made me a little more aware and helped me to concentrate on what I was doing.”

It was also his mom who spotted a competition to write a song for the band Damage. Craig went on to win the competition with a song called “I’m Ready,” which was later recorded by Damage and became a #3 pop single in the UK. The single brought him to the attention of Mark Hill, well known as half of the production duo, Artful Dodger.

His career took off after that. Neither Craig nor his mom and dad could have predicted where their relationship would take him. Although he has won numerous awards, has more money than he can spend and keeps company with other mega-stars like Sting and Elton John, he looks back at his school days as the best days of his life because his friends and family surrounded him. “You’re never going to be around them like that again,” he says. 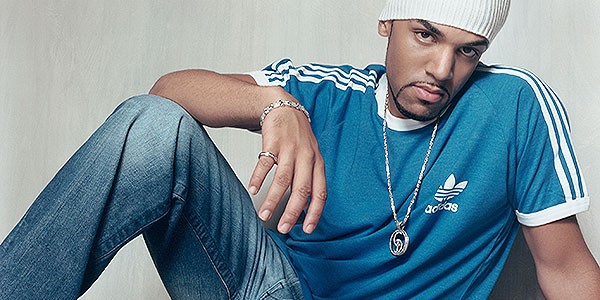