Coming all the way from Copenhagen, Denmark, the boys of A Friend in London are no strangers to Canada. 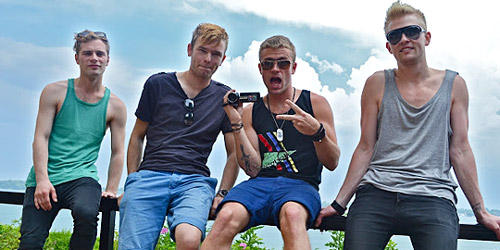 They recorded their debut album on Canadian soil (due out later this year), and have made multiple trips out here and love coming back to, what they consider as, their second home.

This year, Tim, Sebastian, Ben and Ash came to Toronto to take part in the North by Northeast music festival, with multiple showcases throughout the city and even an appearance on Breakfast Television. Putting their own twist on the boy band craze, these guys have the talent and great personalities to make it in the industry.

“We like to take from the world of boy band music, like the Backstreet Boys and Justin Bieber, and combine it with Radiohead, Coldplay and U2,” says Tim. “I think we’re combining stuff that people haven’t done before.” 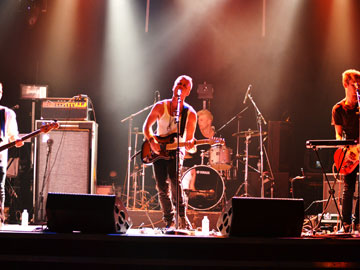 With a fan base that is quickly growing in Europe and expanding to Canada—and all over the world—the group is getting their name, and catchy songs, out there, one hit at a time. They’ve gone from performing as contestants in the 2011 Eurovision Song Contest to opening for the Backstreet Boys and New Kids on the Block in Europe.

“The tour was mind-blowing. It was really surreal and funny to experience those guys up close,” says Tim. “I even beat AJ in ping pong.”

And the group agrees that getting to watch these pop legends up on stage so close was one of the highlights of their career so far. “I was sitting like a little boy looking up to my teenage heroes,” says Tim. 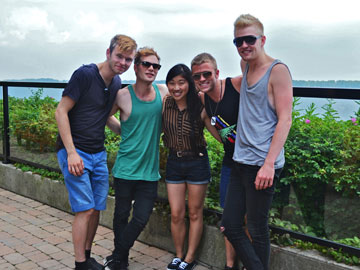 As a way of letting their own fans get up close and personal, A Friend In London even document their experiences and share them through AFIL TV on YouTube. Their behind-the-scenes footage shows how hilarious and charming they really are. And they love connecting with their fans. “It’s nice to be that close to them. We even call them friends, not fans,” says Tim. “They’re pretty crazy, but in a good way.”

Now with friends around the globe, the band is working on more music and will be traveling to perform on international stages. Keep an eye out for their debut album and follow their adventures on AFIL TV!

Here is our interview with A Friend In London: