For West Coast singer-songwriter David Ward, the art of making music has taken him on the adventure of a lifetime. Whether he’s performing live or recording tracks in a studio, it’s hard for him to describe the exact feeling of what music means to him. “I just love it. I love listening to it, I love making it. When you’re singing on stage live and you’re connecting with people on that kind of level, it’s a spiritual experience,” says David. “There’s something so special about the way it translates to people and the 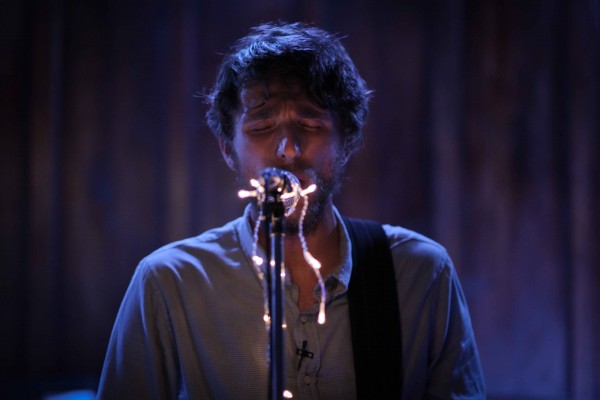 way it translates to me. It carries so much, the stories, emotions, lessons—it’s a special art form.”

He released a three-part EP in 2012 and since then has been working hard on evolving his unique sound.  He kicked off 2014 with a brand new album, Golden Future Time, which is a perfect example of his diverse musical range. It’s made up of two sides, each taking you into completely different worlds, including tracks such as “Slowly Through The Night” and “Be Here.” “Side A is more cinematic spooky art rock and on side B there’s more synthesizer-based experimental soul jams,” he explains.

As a Canadian musician, David has taken an interest in the ever-growing independent music scene the country has to offer. He’s been working on a documentary in collaboration with filmmaker Jeanette Wilkinson, which features a wide variety of people in the industry. He’s learned a lot from this experience, especially “the importance of community, the importance of vision and the importance of reinvention.”

His passion for music has stuck with him over the years and he advises others to do the same. “Keep the love alive for it,” he says. “Keep a bubble around it.”