Performing in Toronto for the first time since her public struggle, Demi Lovato reassured her fans that she’s ready and excited to hit the stage again. 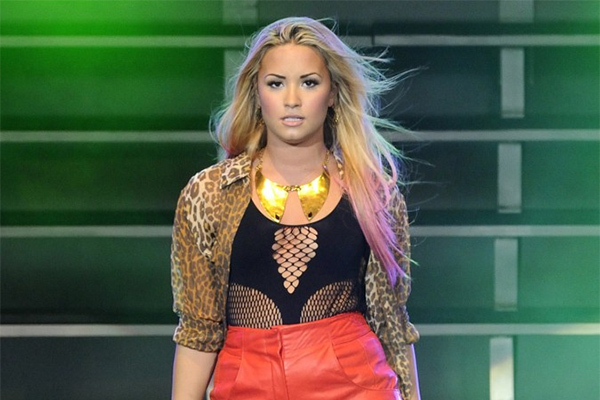 On July 3, the star—who rapidly became a teen sensation when she first debuted as a triple threat, acting, dancing and singing on Disney’s Camp Rock—took over the Molson Canadian Ampitheatre for her 2012 summer concert with special guests Hot Chelle Rae.

“For a while I was calling Toronto my second home and I still feel like it kind of is,” says the 19-year-old, who filmed both Camp Rock films here.

Rocking a new look of blonde hair dip dyed in pink, wearing red leather shorts, black tights and a sultry bodysuit, Demi’s personality not only shined through the ensemble she wore during the whole concert, but through the passion in each song she sang. 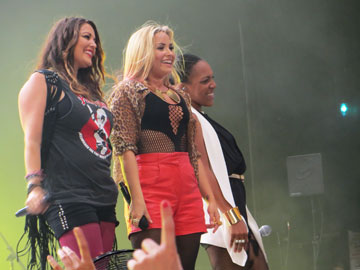 From strumming some strings on the guitar, to playing the piano, to showing off dance moves—Demi reminded everyone just how talented she is.

She sang older, head-banging worthy songs such as “La La Land” and “Get Back” with such power, making the high notes she hit seem like a walk in the park.

Of course she also treated fans to her newer singles from her most recent album Unbroken like “Mistake” and even covered Lil Wayne’s “How To Love,” and Chris Brown’s “Turn Up The Music.”

It was a concert full of emotions for both Demi and for the screaming fans in the audience, most who were seeing their role model for the first time. 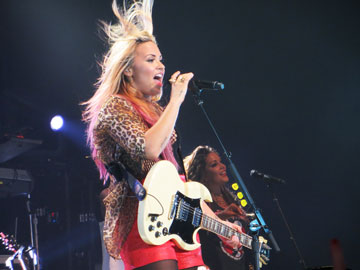 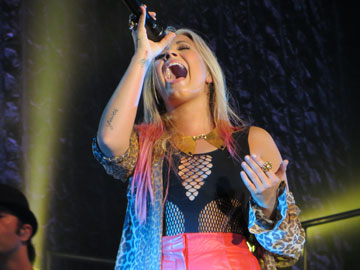 Demi took breaks from her singing to thank and appreciate the crowd, even reading fan-made signs as far as her eyesight would let her see.

One bright pink poster read “I say strong because of you Demi” and it evidently hit home for the star, triggering an emotional speech on how the fans helped get her through her struggle with bulimia and self-harming issues.

“What you guys don’t realize is that because you were there for me when I was in treatment, you helped me stay strong,” she says sitting at a grand piano, before playing her heartrending hit “Skyscraper.”

Her performance proved that she’s not only ready to let go of her past, but face the future with utter confidence as she sheds her teenage skin.  As a judge on the American version of X Factor, Demi is on the right track for moving forward.

Demi Lovato and our favourite song of hers: Skyscraper